French authorities did not release any comment on these kidnappings, stating only, “We are of course in contact with the Spanish authorities… We are fully mobilized… we must exercise a certain level of discretion in order to be effective.” [1] In a message delivered in early January, AQIM threatened to kill the French hostage if France and Mali did not meet the group’s demand for the release of four militants imprisoned by Mali’s authorities. The message included a call to the French public and the Camatte family to pressure French President Nicolas Sarkozy to accept their demands if they wanted the Frenchman to avoid the fate of English hostage Edwin Dyer (Radio France Internationale [RFI], January 11). A tourist kidnapped in January 2009, Dyer was murdered by AQIM in June 2009 after the U.K. government refused to release Abu Qatada, a Jordanian extremist jailed in the U.K. and one of the most prominent figures of global terrorism (The Telegraph, June 3, 2009).

A few weeks later, another kidnapping of Western citizens occurred when an Italian couple was kidnapped in southeastern Mauritania. 65-year-old Nicola Sergio Cicala and his wife, 39-year-old Philomen Kabouree (originally from Burkina Faso), were kidnapped on December 18 along the road from Aioun in Mauritania to Kayes in Mali (Corriere della Sera, December 19, 2009). AQIM claimed responsibility for this kidnapping in two separate messages. The first message appeared on al-Arabiya TV, where a picture of the couple was shown with an audio message. The second message was posted on the Internet, where it clearly stated the kidnapping was linked to the role that Italy had in the wars in Afghanistan and Iraq and because of its support to the “crusade against Islam” (ANSA, December 31, 2009).

Why is AQIM Targeting Spain, France and Italy?

These three countries are, for different reasons, major targets for terrorist groups. The first reason for the “special” attention paid by AQIM to Spain is historical. In a recent message, the group claimed its aim was to “take back al-Andalus [i.e. those parts of the Iberian peninsula under Muslim rule from the 8th to 15th centuries],” a “lost heaven for Muslims” (Andalucìainfomarciòn, December 15, 2009). AQIM gave the name al-Andalus to its media branch, responsible for publishing the group’s messages and videos (ABC, November 30, 2009). The myth of “al-Andalus” and the historical and psychological impact of the so-called “Reconquista” is one of the recurrent themes of jihadist rhetoric. Spain is considered to be a major rear-base for the group, as it represents a fundamental center for AQIM recruitment, indoctrination and funding.  Moreover, the presence of AQIM activists is widespread in the country. Since 2001, AQIM militants have been arrested and jailed in Madrid, Catalonia, the Basque Country, Andalusia, Navarra, Aragon and the Spanish-held North African ports of Ceuta and Melilla (El Paìs, December 14, 2009). Ceuta and Melilla represent another important issue for AQIM, which considers them to be occupied cities. In 2008, Abdelmalik Droukdel released a message claiming it was unimaginable for a Muslim who loves Islam to talk about the Maghreb without remembering that Ceuta and Melilla are occupied by Spain (El Paìs, December 14, 2009).

France is a major target for Islamist groups because of its colonial past and its integration policies, considered anti-Islamic by AQIM. Sarkozy has shown a harsh attitude toward the veil, which he has described as a “symbol of submission” at odds with the secular character of France (AFP, 23 June 2009). AQIM Amir Abu Musab al-Wadoud attacked France for considering a ban on the burka and niqab (veil) in a message delivered on the Islamic forum al-Faloja (June 30, 2009).

The Italian situation is different, but its importance for Islamist groups is increasing. It does not represent a lost territory like Spain and its colonial past did not have the same impact on these territories as that of France. Its current military presence in Afghanistan and its support of the Anglo-American war in Iraq made Italy an important target for terrorist groups. The threat from terrorist groups to Italy is changing and Italy is now no longer only a logistical platform for organizational and funding activities, but is now a target in itself (see Terrorism Monitor, November 20, 2009).

AQIM in the Sahel Region: A Network of Terrorists and Criminals

For a long time, AQIM has had a significant presence in the Sahara desert and the semiarid Sahel region that stretches across Mauritania, Mali, Algeria and Niger.

Since the spectacular kidnapping of 32 European tourists in 2003 by AQIM’s predecessor, the Groupe Salafiste pour la Prédication et le Combat (GSPC), rumors related to the spread of Islamist terrorism in this region have abounded. However, AQIM-related activity in countries like Mauritania, Mali and Niger remained subdued until 2008, with a few exceptions, such as the 2005 raid on Lemgheiti barracks in eastern Mauritania. Moreover, rumors concerning the worsening relationship between the head of AQIM’s 9th zone of operations (i.e. the Sahara), Mokhtar Belmokhtar, and the AQIM leadership suggested that the group’s main focus was on Algeria while the Sahel was regarded merely as a source of income (see Terrorism Monitor, May 8, 2009).

Nevertheless, AQIM’s activity in this region since 2008 has expanded considerably from what were for years considered its main sources of earnings: cigarette and weapons smuggling, drug trafficking and extortion. [2] Since then AQIM has created a kidnapping industry which funds activities in other areas. The mechanism usually involves local criminal groups kidnapping European tourists (whose governments are more likely to pay ransoms to obtain the release of hostages) and then selling them on to AQIM groups in the Sahel. Part of the paid ransom then goes to the AQIM leadership to finance other operations.

This loose arrangement is carried out by a multiplicity of groups, all linked to AQIM. The most famous of these is the Moulathamoun group, headed by Belmokhtar (El Watan, August 1, 2007). Belmokhtar has had several disagreements with AQIM leader Abdelmalek Droukdel and acts in a semi-independent fashion. This uneasy collaboration was behind the kidnapping of the three Spanish aid workers who remain in the hands of al-Moulathamoun (AFP, 11 January 2010).

The other main group in the area is the Tareq ibn Ziyad, led by Yahia Abu Amar Abid Hammadou (a.k.a. Abdelhamid Abu Zeid), who created the group in AQIM’s 5th zone of operations (northeastern Algeria) in 2003 and subsequently moved to the Sahel area. Abu Zeid, who is allegedly responsible for the execution of British hostage Edwin Dyer, is also the leader of the Talaia al-Salafiya, Nasr Aflou and Muhajiroun groups. [3] The Tareq Ibn Ziyad branch currently holds kidnapped French national Pierre Camatte. In addition, the Italian couple is in the hands of Abu Yaya Amane, a lieutenant of Yahia Abu Amar who is probably trying to exploit this abduction to mark his own territory in the Sahel region and gain operational independence from the other two groups in the area (AFP, January 11).

Kidnapping as a Tactic in the Sahel

There are several reasons behind AQIM’s increasingly visible presence in the Sahel region and the spread of its thriving kidnapping industry:

• The weakness of Sahelian states and the ineffective control of their territory have played a major role in the development of the current situation. As demonstrated in the various kidnappings, AQIM-related groups have been able to roam across the region while encountering little or no resistance by local armed forces. Kidnappings have taken place in Tunisia, Mali, Niger and Mauritania, usually through local criminal gangs; hostages have then been moved to northern Mali, where a complex political and security scenario pitting local Tuareg tribes against the central government has allowed various terrorist groups to establish their own bases and training grounds (see Terrorism Monitor, January 21). In this context, Malian President Amadou Toumani Toure is trying to balance Algerian, French and U.S. pressures to step up the struggle against terrorism with the need to avoid any interference in the delicate peace process with former Tuareg rebels in northern Mali (Liberté [Algiers], December 27, 2009). Moreover, doubts have been raised with respect to the attitude of Tuareg tribes towards AQIM, particularly in view of Belmokhtar’s close relations with some of them (Le Jour d’Algerie, July 21, 2009; see also Terrorism Monitor, January 21).

• AQIM’s flexible structure in the region has led to a win-win situation where a profitable kidnapping network benefits local criminal groups, local AQIM-affiliated groups and the AQIM leadership. In this context, local criminals carry out the abductions and then sell the hostages to AQIM-affiliated groups for a profit; however, the terrorist groups then earn the highest profit, as they bear the highest risk and can extort a ransom from European governments fearful that the failure of negotiations could lead to the death of hostages, as in the Edwin Dyer case (Liberation [Paris], December 9, 2009).

• The AQIM leadership benefits from the visibility of these actions and probably receives part of the profit, thus offering an ideological cover and an al-Qaeda brand to these activities.

AQIM’s growing presence in the Sahel region and the increasing number of abductions of European tourists in Mauritania, Niger, Tunisia and Mali show that a profitable kidnapping industry has led to an increase in terrorism activity in this region. Owing to the weakness of these states and their ineffective control of the area, AQIM militants are free to move across borders and to establish their bases in the region. This situation enables AQIM to combine its ideological goals with a series of tactical advantages; terrorists can target Spain, France and Italy, all the while diversifying and increasing their revenues in order to fund other activities. Moreover, this lucrative business profits local criminal gangs, which have become almost natural allies of AQIM in the region. 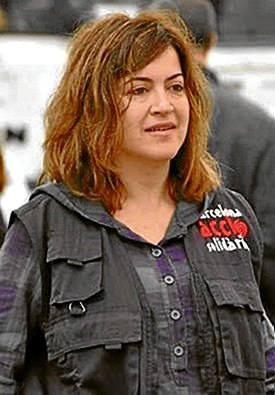 On August 4, the Jamestown Foundation held a webinar  on... END_OF_DOCUMENT_TOKEN_TO_BE_REPLACED

Jamestown Senior Fellow Margarita Assenova was featured in an event with the New Lines Institute for Strategy and Policy on Capitol Hill. The event was... END_OF_DOCUMENT_TOKEN_TO_BE_REPLACED

The January 2020 issue features a brief on Salah Gosh, the former National Intelligence and Security Service director of Sudan who recently led a mutiny against the new government in Khartoum; a look at Abdullahi Banati, the al-Shabaab member terrorizing Kenyan security forces on the Somali border; an examination of... END_OF_DOCUMENT_TOKEN_TO_BE_REPLACED