The recent coup attempt in Turkey (July 15–16) and the government’s domestic response have occupied a great deal of media attention over the past several weeks. But the broader geopolitical implications are also gradually coming to light as the fallout from the failed plot continues to affect international and inter-state relations, including those in the Western Balkans.

President Recep Tayyip Erdoğan has accused exiled Islamic scholar Fethullah Gülen of being behind the coup plot and of mobilizing closed communities inside Turkey into “parallel state” structures. Indeed, Gülen’s influence over the Turkish judiciary and media has been the target of Erdoğan’s crackdown campaigns in the past, which had intensified over the past several years (Opinion.al, March 5). In recent weeks, the crackdown on Gülenists inside Turkey reached new heights, with thousands arrested or dismissed from their jobs and many businesses closed due to alleged ties to the movement (Gazeta Tema, July 16). Abroad, the Turkish president is leveraging Turkey’s important investments and economic influence in order to intensify his calls to close down Gülenist schools and even investigate and arrest anti-Erdoğan journalists on foreign soil.

In the past several years, countries in the Western Balkans, such as Albania, Kosovo and Bosnia-Herzegovina, have felt pressure from Turkey to reject Gülenist influence in their societies. This pressure is now growing, as Turkey threatens to curtail its economic ties with these states. At the same time, this situation is exposing the region’s susceptibility toward Turkish assertiveness, as Ankara attempts to revive its historical role in the geopolitical matters of the Balkans.

As early as the 1990s, the Gülen movement expanded its reach in the Balkans through educational institutions, which are now based in major cities across the region. In Albania, Gülenists established their presence when Communism fell and borders were once again opened to charity organizations and development programs from abroad. Since then, the Gülen movement has financed large educational programs, boarding schools and madrassas (religious schools) operated under the Turgut Ozal Education Company and the Gulistan Educational Foundation (Shqiptarja.com, May 14, 2015).

At the time, these new schools were favorable to Albania’s growing upper-middle class. This group was attracted by the Gülenist schools’ reputation for rigorous curriculums, the provision of English classes and affordable tuition, as an alternative to a deteriorating public school system following decades of Soviet-style education. As a result, the schools’ reach extended. Naturally, many Albanian graduates from these institutions now serve in non-governmental organizations (NGO) and high-level positions within the public administration.

But to critics and pro-Erdoğan analysts, Gülen’s continuing control over the lives and professions of these graduates is unprecedented and strictly hierarchical, making them into trusted Gülenist militants, constituting the “parallel state” often referred to by Erdoğan (Gazeta Tema, September 26, 2014). Entirely unassailable evidence for such accusations is difficult to come by. Nonetheless, anti-Gülen analysts speak of money laundering activities, terrorism, and civil society organizations that purportedly aim at challenging the legitimacy of state structures. Though it should be said that Gülen also finances the moderate, state-recognized religious organization Muslim Community of Albania (Java News, July 18).

Pressure from Ankara on Balkan officials about Gülen and the threats of “parallel state” structures is now becoming a key component of Turkish foreign policy in this region (Gazeta Impakt, July 22). During his last visit to Albania in 2015, Erdoğan urged the country’s Prime Minister Edi Rama to suspend Gülen’s activities and close down Hizmet (Gülenist) schools and universities. Rama, who maintains a close relationship with the Turkish president, declined this call. But he now finds himself once again being compelled by Ankara to tackle the Gülenist presence in public institutions. Turkey alleges that Albania is serving as a stronghold for the “terrorist” Gülen movement (Shqiptarja.com, May 14, 2015).

Shortly after the coup in Turkey, Tirana’s local media reported that the Albanian Ministry of Interior received an official diplomatic request from Ankara to investigate and ultimately arrest a number of individuals allegedly supporting Gülen (Te Sheshi, July 19). The government in Tirana has yet to comment on the leaked news, but the media is already speculating that some of the individuals on the list may include public figures, journalists, analysts and even high-ranking officials, such as the current minister of foreign affairs, Ditmir Bushati (Almakos, July 29).

Similar pressure is mounting in Kosovo and Bosnia-Herzegovina. Reportedly, Turkey is pushing these governments to investigate anti-Erdoğan journalists. Berat Buzhala, a leading Kosovo journalist and founder of Gazeta Express in Pristina, is one of the latest targets. Specifically, Turkish diplomatic representatives have urged Kosovo’s authorities to investigate Buzhala on terrorism charges over his satirical Facebook comments that called on Kosovar citizens on holiday in Turkey to “align with the army” (Balkan Insight, July 26; Illyria Press, July 26). In Bosnia-Herzegovina, journalists similarly accused of lobbying for Gülen are also facing mounting government pressure and enduring smear campaigns from pro-Erdoğan supporters (Balkan Insight, July 26; Civilrightsdefenders.org, July 26).

On the flip side, the attempted coup in Turkey has exposed growing support among local populations across the Balkans for President Erdoğan. This was particularly visible on social media, where Balkan-based users posted images of Erdoğan as a protector of democracy and Islamism in Turkey (Opinion.al, July 17). In addition, the Turkish president’s supporters staged demonstrations in the streets of Skopje and Prizren (Gazeta Express, July 20). Moreover, Albanian and Turkish students who had attended Gülenist schools in Macedonia ripped up their diplomas in a symbolic gesture against Fethullah Gülen (Shenja.tv, July 16). This growing pro-Turkey and pro-Erdoğan sentiment in the region comes as a result of visible Turkish investments in heavy industries, communications networks and infrastructure throughout the Balkans. But it can also be traced to increasing soft-power and religious initiatives by Ankara, which aim to restore a positive perception of the Ottoman Empire’s historical role in the region (Balkan Insight, February 26; Gazeta Express, July 21).

In Kosovo or Albania, these Turkish investments and soft-power programs have not interfered with the Balkan countries’ pro–European Union and pro-Western orientations as long as Turkey and the United States maintained strong diplomatic relations as close allies. However, recent rifts over Fethullah Gülen, who lives in exile in Pennsylvania, and Turkey’s pressure over domestic matters indicate a serious shift in rhetoric and, increasingly, policy. Thus, divergent outside interests may once again lead to disruptive geopolitical competition in this already fractured region. 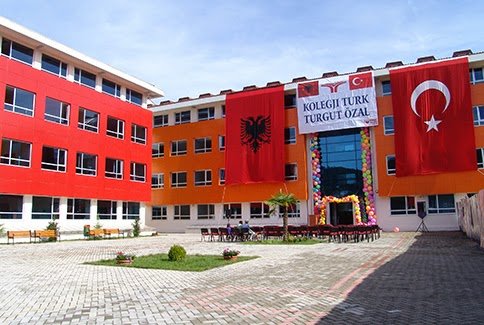 Back
NATO’s New Force Posture in the Baltic..Next
New Generation of Politicians Set to Pla..