The evolving political dynamics of Belarus are causing an unprecedented shift in policy stances and viewpoints that were heretofore considered immovable. Thus, some of the opinions that used to be routinely associated with the West-friendly opposition are today often being embraced by the government itself. Such policy reversals include the upcoming parliamentary elections, major external events like the North Atlantic Treaty Organization’s (NATO) Warsaw Summit (July 8–9), as well as economic reform.

The first phase of preparations for the elections (scheduled for September 11, 2016)—i.e., the formation of regional and local electoral commissions and the registration of the so-called initiative groups (IG) to promote candidates—has come to an end. The non-governmental organization (NGO) “Human Rights Watchers for Free Elections” observed in its report that the overwhelming number of the IGs on behalf of the members of the opposition have been registered (Tut.by, July 12). Considering that the Belarusian House of Representatives (lower house of parliament) has 110 seats, on average four candidates will compete for one seat (Belarus Segodnya, July 9).

“The European countries have made some concessions to Belarus,” the chairwoman of the Central Electoral Commission, Lidiya Ermoshina, uncharacteristically observed. “But they are temporary and contingent on the parliamentary elections. And that means that the future of our country and the future of our national economy depend upon how well we carry out this campaign, as all financial projects have been postponed until September 11” (Tut.by, July 14).

On the radical side of the opposition, the usual dilemma is whether to participate in the elections at all. This time, the non-participation appeal was authored by Pavel Usov, in whose opinion, under the current situation, “the elections are imbued with lies, and so participating in them is to allow these lies to strike their roots” (Belorusskii Partizan, July 11). Usov’s view was confronted by an even more prominent opposition-minded pundit. According to Valer Karbalevich who is based in Minsk but works for Radio Liberty, Usov unduly assumed the role of a moral preacher more appropriate for clergy than for someone who dispenses his advice to politicians. There are no politics without compromises. So calling upon the opposition to reject any compromise with the authorities is an absurdity. To be sure, the problem is that the powers that be themselves do not want compromise, but that is a totally different matter, remarks Karbalevich (Svaboda.org, July 13).

The latter assertion, however, may also be called into question. Cases in point are the way in which the NATO Warsaw Summit has been commented upon by the major Belarusian daily, Belarus Segodnya, as well as the most recent appraisal of the reform-minded members of the government in Minsk. As for the former, the article in Belarus Segodnya reflects a surprisingly evenhanded assessment of the confrontation between the North Atlantic Alliance and Russia: “NATO accuses Russia of aggravating the situation, whereas Russia accuses NATO. The rhetoric they use is the same, and the references are the same as well: for example, to the fact that the military exercises are carried out on their respective territories. The same words are pronounced to the effect that they were not the initiators of a new cold war, but now they have to [build up their defenses], and the like” (Belarus Segodnya, July 12). At the same time, in their discussion of the possible consequences of the NATO summit for Belarus, the opposition-minded commentators observe that President Alyaksandr Lukashenka does not fulfil the direct commands from the Kremlin and that attachment to Russia is not a matter of his choice; rather it is contingent on Belarus’s economic imperatives. After all, Russia is the principal market for Belarus’s machine-building, while alternative markets are lacking (Svaboda.org, July 10).

By the same token, Minsk’s willingness to compromise may rather be endorsed on the basis of Artyom Shraibman’s article for Moscow’s Carnegie Center. It is provocatively titled “Why does Lukashenka need a reform-minded government?” Shraibman, affiliated with the Minsk-based privately-owned news portal Tut.by, avers that the leading positions in the government are held by liberal economists such as the head of the National Bank Pavel Kallaur, vice premier Vassily Matyushevsky, and deputy chair of the Presidential Administration Nikolai Snopkov. They and the now former economic advisor to President Lukashenka, Kirill Rudyi (who has just been appointed ambassador to China), have managed to stabilize the currency market by conducting a rigid monetary policy and introducing a floating exchange rate for the Belarusian ruble. They have been, so far fruitlessly, prodding Lukashenka to begin the key phase of structural reform, that is, to curtail subsidizing the loss-making state-run industrial giants and to privatize them. The parallels between the reformers in today’s Belarus with the Chicago Boys under Chile’s Augusto Pinochet (1970s–1980s) and a liberal economic team under Francisco Franco in late-1950s Spain suggest themselves. But these parallels have one flaw: unlike Pinochet and Franco, Lukashenka is a devout socialist, so he keeps on scolding his government for proposing the ideas whose implementation is fraught with negative social outcomes. So why does Lukashenka keep those people as well as the leading figures in the Ministry of Foreign Affairs who are succeeding in their pursuit of an even-handed foreign policy? Shraibman’s response is that all of them are true professionals, whereas the attempts to resolve Belarus economic problems by resorting to the “old Marxists from the economic departments of Belarusian colleges” have failed. These professionals can also use the same professional language spoken by the International Monetary Fund (IMF). Shraibman observes that although the current political elites of Belarus are more cohesive and united than in Central Asian autocracies, the continuing degradation of the economy and the fact that economic liberals are younger than their well-entrenched dirigiste counterparts may be a sign of the future rift within the elite (Carnegie.ru, July 13).

Regardless of the potential splits, however, Minsk’s readiness to embrace multifaceted change already seems to be a fact of life. Only inertia and a reliance on outdated stereotypes may prevent an accurate assessment of this situation. The current Belarus policies of the United States and the European Union have, in part, responded to that readiness. But even more definitive and fine-tuned responses are called for. 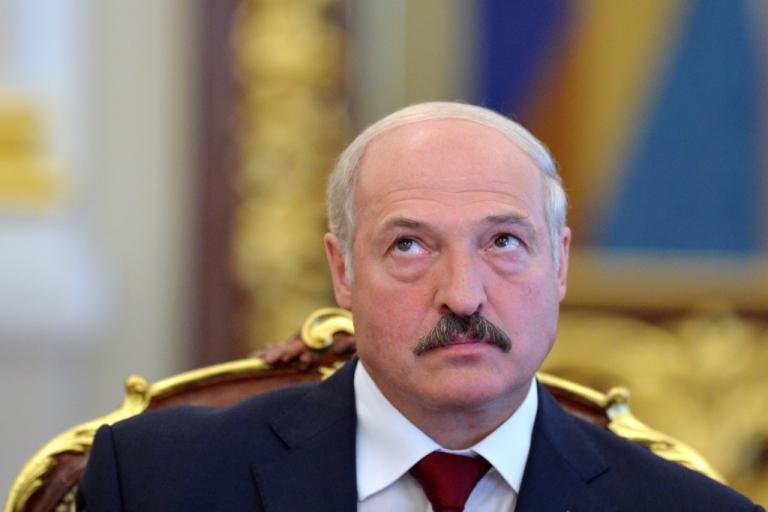 The Jamestown Foundation is pleased to host a forthcoming webinar... END_OF_DOCUMENT_TOKEN_TO_BE_REPLACED