President Vladimir Putin is not taking a summer vacation. He has instead maintained a busy schedule of meetings with government officials and regional governors. But his grip on the steering wheel of Russia’s foreign and domestic policy is far from steady. The heavily censored Russian TV footage still portrays him as strong and confident, yet Putin’s public statements increasingly sound odd—like his point about a “certain positive and noticeable warming-up in interactions between state structures and civil society” (Kremlin.ru, July 21). In reality, few civil society organizations likely appreciate the pressure on them from the special services. Indeed, last week (July 22), the think tank run by former Putin aide Andrei Illarionov was labeled a “foreign agent” (RBC, July 22). Andrei Piontkovsky, a well-known Russian commentator, was even less fortunate: on July 23, his Moscow flat was ransacked by the Federal Security Service (FSB) without any warrant (Moscow Echo, July 23). Such small matters are almost certainly below Putin’s station, but he has also been suspiciously absent from matters more definitely requiring presidential decisions.

The most urgent of such matters may be the escalation of squabbles among the siloviki (security services personnel). Notably, the FSB has launched an unprecedented attack on the Investigative Committee on the pretext of a $1 million bribe from a criminal boss (Kommersant, July 19). Seven high-level prosecutors were detained, and the searches of their offices yielded suitcases of cash as well as a collection of watches evaluated at half a million euros (around $550,000) (Gazeta.ru, July 21). The Investigative Committee, headed by Alexander Bastyrkin, was in charge of high-level cases involving several generals in the Ministry of Interior and the governor of Kirov region, Nikita Belykh. Thus, FSB Director Alexander Bortnikov apparently decided to cut his competitor Bastyrkin down to size (Forbes.ru, July 20). It is fairly clear that shrinking profits due to dwindling cash flows drive the turf wars among Russia’s overgrown law enforcement agencies, but it is unclear to what degree Putin is able to reign them in and retain control (Slon.ru, July 21).

Meanwhile, what he is definitely unable to do is order the economy to start growing again. After Putin expressed surprise over the unusual recent strengthening of the national currency, the ruble immediately resumed losing value; he then had to clarify that this weakening was not part of any plan (RBC, July 22). The Russian government routinely tries to manipulate data in order to create the impression of stabilization, but the depth of recession is hard to camouflage: for instance, construction contracted by 10 percent compared to June 2015 (Moskovsky Komsomoets, July 20). No amount of upbeat talk can change the fact that real incomes have been falling for 20 months in a row (Newsru.com, July 20). Putin demands that the “shadow economy” be reduced; but in fact, up to 30 million Russians struggling to make ends meet are currently involved in various semi-legal enterprises (Moscow Echo, July 19). Opinion polls show mixed views on whether a new zastoi (stagnation) has arrived in Russia, but 64 percent of respondents perceive a lack of stability (Vedomosti, July 22).

The risk of stepping on the interests of corrupt business is not the only factor standing in the way of implementing economic reforms in Russia. Another roadblock is the absence of reliable information, since fraud is organic to the system of control cultivated by Putin. Particularly illustrative of this fact has been the doping scandal in Russia. Although the whole Russian Olympic team narrowly avoided a blanket ban, the country’s track-and-field athletes will not be allowed to compete at the Rio Games this summer (Moscow Echo, July 19). The machine of state propaganda instantly shifted into top gear, seeking to obfuscate this political disaster with the usual set of stories about Western conspiracies and the West’s envy of Russia’s regained strength and glory (Rosbalt.ru, July 22). Putin, however, opted for a conciliatory stance and initiated an “independent” anti-doping commission that would closely cooperate with the International Olympic Committee (Kommersant, July 22). Nevertheless, it is clearly too late to seek a compromise because the World Anti-Doping Agency demands action not against a few athletes but against the Russian sports bureaucracy as a whole, which is a part and parcel of the corrupt state system driving Russia into deeper international isolation (Ezhednevny Zhurnal, July 22).

The exposure of the Russian state’s role in managing doping for its athletes increases the reluctance of many international partners to do any kind of business with Russia. Thus, even in acute crises like Syria, fruitful international cooperation with Moscow becomes difficult to establish. The Russian Ministry of Defense has denied responsibility for delivering a strike on a Syrian opposition base that was used by United States Special Forces; at the same time, Moscow has accused Washington of reluctance to engage in practical coordination (RBC, July 23). The Russian Air Force relies increasingly on “carpet bombing” by long-range Tu-22M3 bombers because close air support from the Hmeimym base in Latakia involves a high risk of losses from enemy fire and accidents (Gazeta.ru, July 21). Nonetheless, casualties still continue to rise: last week, a road bomb claimed the life of another Russian soldier (Nezavisimaya Gazeta, July 22).

Putin appears to have no plan for extricating the Russian military from the Syrian trap, and he seemingly cannot accept the plain fact that any international cooperation in managing this humanitarian catastrophe is based on the premise of dismantling the Bashar al-Assad regime. He cannot know what future setback may suddenly turn Russian public opinion against the heretofore popular Syrian intervention. However, he evidently understands that his great triumph of organizing—and winning—the “best ever” Olympic games in Sochi is being spoiled by the current doping scandal. He thus suspects that this lasting damage to his popularity was deliberately inflicted. He may also believe that the only way to compensate for this damage is to score another spectacular victory, for which the Russian military is the only available instrument. Yet, the weakening economy almost certainly cannot support another experiment in power projection, particularly since each of the previous enterprises (Syria and eastern Ukraine) has produced a financial “black hole” that consumes resources but generates no profits. The Kremlin appears firmly in control of the forthcoming parliamentary elections, but the “managed democratic” process will inevitably ensure that the next State Duma will also be part of the problem of the degradation of the Russian state. Putin clings to the privilege of presiding over this process but has no control over its speed. 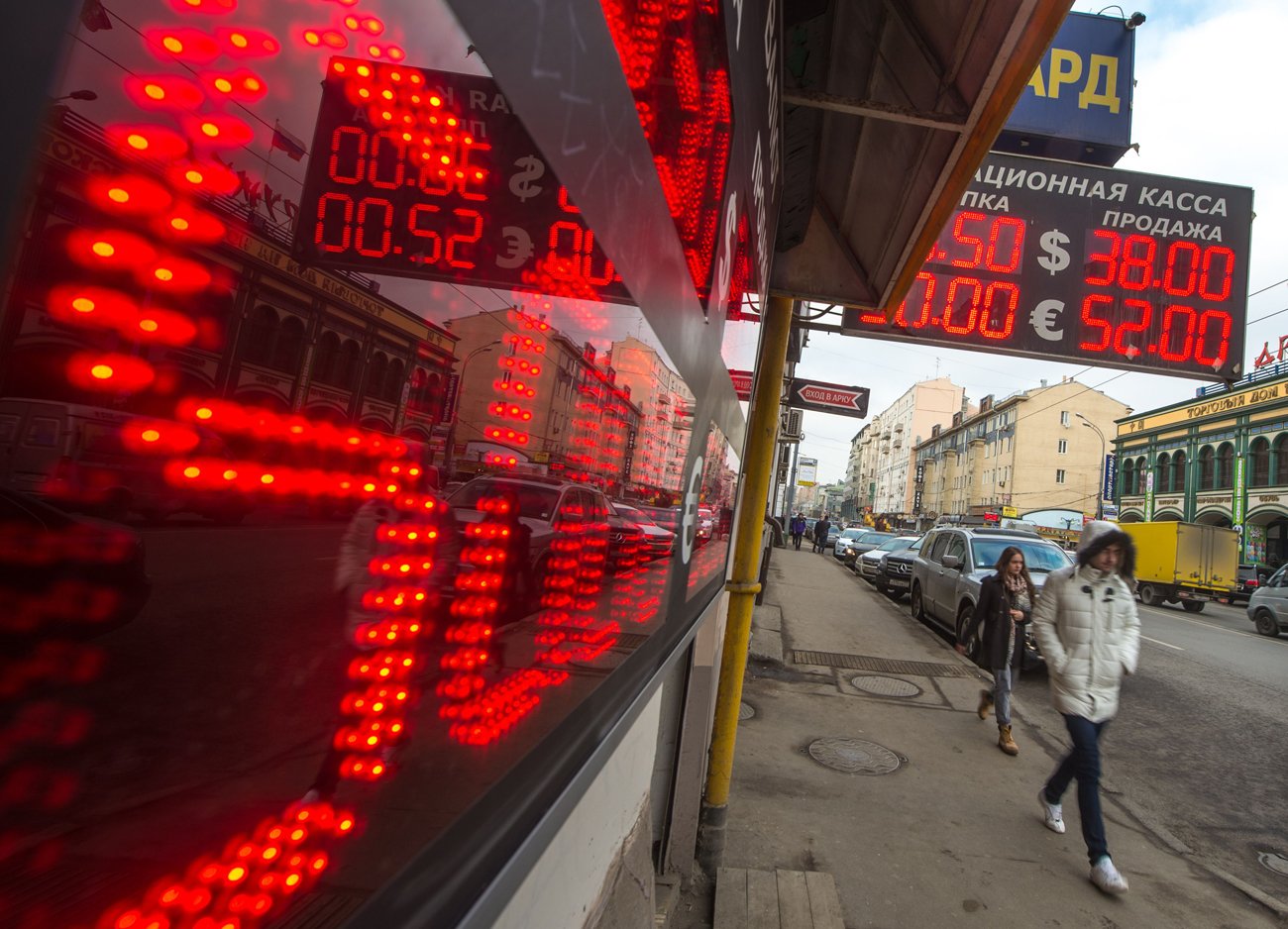 Back
Belarus: Change Is in the OffingNext
Circassians Divided Over Turkish Coup At..

The Jamestown Foundation is pleased to present the hybrid in-person... END_OF_DOCUMENT_TOKEN_TO_BE_REPLACED

On November 17, Jamestown Foundation Senior Fellow Olevs Nikers was interviewed by Romania-based outlet Veridica regarding, among other topics, the best possible outcome for the... END_OF_DOCUMENT_TOKEN_TO_BE_REPLACED