Many from Turkey’s North Caucasian diaspora supported President Recep Tayyip Erdoğan during the failed July 15 coup. At least some North Caucasians, however, have doubts about extending their support to the Turkish president. The Circassian activists are divided over how much Circassians should be involved in Turkey’s political struggle. People originally from Chechnya, Dagestan and Kabardino-Balkaria, who now reside in Istanbul’s Başakşehir district, told the Kavkazsky Uzel news agency that they rallied in support of Turkey’s incumbent government on the night of the attempted coup. A student from Chechnya, Ibragim Umarov, told Kavkazsky Uzel that despite differences between the North Caucasians, they all were opposed to the attempted coup. Earlier waves of immigration to Turkey from the North Caucasus were reportedly more secular than the most recent waves of immigrants. Hence, earlier immigrants show greater support for secularism and the Turkish maverick religious leader Fethullah Gülen, while immigrants from the latest waves show more support for Erdoğan, who is thought to be more religious (Kavkazsky Uzel, July 17).

According to the Circassian organizations in Turkey, eight Circassians were killed in the protests sparked by the coup attempt. The Association of Circassian organizations of Istanbul said in a statement: “Enemy elements that took root in the Turkish national army staged a military coup, which failed because of the united action of the people. We, as the association of Circassians in Istanbul, curse all the organizers of the coup and those who facilitated its implementation. We are proud to declare that we are fully on the side of the Turkish government, its parliament, and democracy.” Among those Circassians killed were a prominent advertiser who advised Erdoğan on public relations, Erol Olcak, and his 16-year-old son Abdullah. They were killed during the standoff at the bridge over the Bosphorus. Advocates for the Circassian cause, however, appear to be indifferent to the dramatic events in Turkey because they say that the Turkish government did not support Circassian repatriation to the North Caucasus. They believe that now, after Erdoğan won the standoff with the coup proponents, his negative attitude toward Circassian repatriation will become even stronger (Natpressru.info, July 22).

In the North Caucasus, Circassian activists are more divided over what attitude Circassians should have toward the coup in Turkey and its aftermath. A prominent Circassian leader, Ibragim Yaganov, said that Turkey welcomed the Circassians after Russia expelled them from their homeland in the 19th century and that Circassians in Turkey should support its existing government.

“Turkey accepted them after the expulsion from their homeland country, and they cannot ignore the fact that a coup is happening in their current host country,” Yaganov said. “As a powerful and influential diaspora in their current country of residence, they can be useful to their historical homeland. Whether they should go out in the streets to protect Erdoğan or not—it is their personal right, and we cannot change that.”

Almir Abregov, a long time Circassian activist in Adygea, said that for the Circassians living in the diaspora, returning to their historical homeland remains “a mirage, something that they cannot achieve.” The failure to repatriate Syrian Circassians is instructive for many Circassians living in the diaspora, according to Abregov. Russia did not permit the mass repatriation of Syrian Circassians despite the war raging in Syria. Even those who were allowed to resettle in Adygea are living at the edge of physical survival due to a lack of employment and other life opportunities, according to Abregov (Kavkazsky Uzel, July 17). 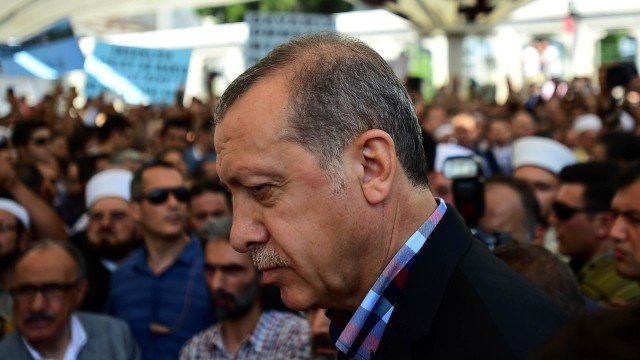 Back
Russia’s Economy Deteriorates as Putin..Next
Militarization of the Caspian Sea: A Zer..

The Jamestown Foundation was proud to host a webinar on... END_OF_DOCUMENT_TOKEN_TO_BE_REPLACED

Jamestown Foundation Analyst Richard Arnold was interviewed by PolitiFact for a story on the Lie of the Year 2022, or Putin’s long list of lies... END_OF_DOCUMENT_TOKEN_TO_BE_REPLACED