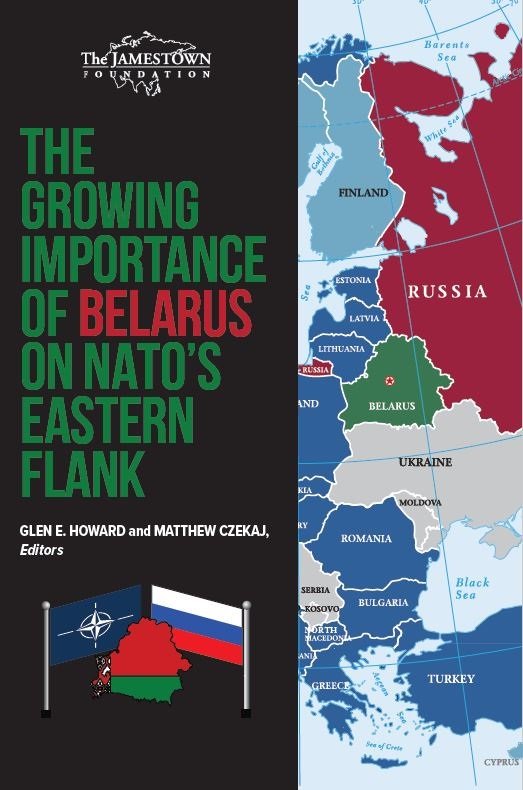 The Growing Importance of Belarus on NATO’s Eastern Flank

Over the past several years, the unique and widely misunderstood country of Belarus has risen to the attention of policymakers in Europe and the United States. Though for centuries an important invasion corridor across the plains of North Central Europe, its strategic importance had been overlooked by post–Cold War Western military planners until Russia’s invasion of neighboring Ukraine in 2014. Today, there is increasing awareness that preserving Belarus’s independence and averting a permanent Russian military presence on its territory is critical to the security of allies on NATO’s eastern flank.

It was almost a miracle of history that the modern state of Belarus was created out of the collapse of the Soviet Union. Yet in the three decades of its existence, it has steadily gained a sense of national identity, despite continuing to live in the shadow of Russia. At the same time, multi-vectorism has been one of the few constants in Belarus’s foreign policy precisely because it has allowed this country to navigate between stormy and calm periods in relations with Russia on the one hand and the West on the other. These dynamics can be expected to endure and outlast the political crisis that gripped Belarus following the falsified presidential election of August 2020.

The collection of essays found in this book captures the various intriguing, but generally underexamined, strategic dimensions and complexities that define Belarus today. Their topics of focus run the gamut, from Belarus’s geo-strategic importance to the North Atlantic Alliance and the nearby region, Minsk’s de facto non-alignment strategy, energy security and military considerations, relations with its European neighbors, role within Russia’s defense posture, and split national identity, to political forecasts for the next two decades. Moving beyond the oft-repeated phrase “Last Dictator of Europe,” and peering beneath such dismissive clichés, the included analysts—experts from Belarus, Europe and the United States—aim to explore the strategic undercurrents that deserve closer consideration in formulating an effective Belarus policy.

Glen E. Howard is President of The Jamestown Foundation.

Matthew Czekaj is Senior Program Associate at The Jamestown Foundation and Editor-in-Chief of Eurasia Daily Monitor.

*To read the free, full e-book version of this title, please click on the PDF link below.

The Growing Importance of Belarus on NATO’s Eastern Flank.pdf

This product is out of stock. A retrospective of the 20 years of independence experienced by the countries of the South Caucasus clearly demonstrates the difficulties involved in building a state and restoring an economy after more than 70 years of Soviet rule. Each one... MORE
Read more
*A free e-book of this title is available for download below. Russia’s attack on Ukraine and the dismemberment of its territory is not an isolated operation. It constitutes one component of a broader strategic agenda to rebuild a Moscow-centered bloc designed to compete with the... MORE
Read more
The report Baltic Sea Security: Regional and Sectoral Perspectives offers a multifaceted discussion of the complex security issues affecting the Baltic region that have important implications for the cohesion of the wider Transatlantic alliance. The Baltic littoral countries have chosen to respond to similar security... MORE
$24.95 Select options
China’s anti-ship ballistic missile (ASBM), the DF-21D, has reached the equivalent of Initial Operational Capability. Although it probably has been deployed in small numbers, additional challenges and tests remain. This 160-page monograph examines the ASBM’s capability and history, showing how the DF-21D meets multiple priorities... MORE
$20.00 – $24.95 Select options