The financial crisis in the North Caucasus is gradually intensifying, as the large debt of its republics is exacerbated by falling revenues (see EDM, June 22, 2015). Paradoxically, the economic crunch first of all affects the region’s “quiet” republics. Moscow prioritizes financial support for those republics in the North Caucasus that have experienced insurgency-related violence, while those republics that are free of such violence are “left behind.” However, developments in the “quiet” republics of the North Caucasus are likely to spread to the more volatile republics, as the Russian government is projected to have ever fewer resources to redistribute among the country’s regions.

North Ossetia–Alania is among the “quiet” republics of the North Caucasus that have been hit particularly hard in the past several years. Since 2013, North Ossetia has technically been essentially bankrupt, with the republic’s debt exceeding its revenues. In 2013, the republican debt comprised 103 percent of its revenues. In 2015, it reached 118 percent (Ekho Moskvy, November 12, 2015).

While Moscow had money to distribute, this did not seem to be an unsurmountable challenge. North Ossetia along with the other republics of the North Caucasus received more than half of their budget revenues from Moscow. However, as Moscow began to face serious financial challenges in the past several years, the central government’s level of support for North Ossetia waned from one of steady support into emergency aid transfers. On June 16, the republican government announced with relief that Moscow was sending the equivalent of $17 million as an emergency financial package for the republic. The funds comprise about 5 percent of the planned republican budget for 2016 (Regnum, June 16). At the same time, Moscow is demanding that the republican government cut spending, which means more jobs will be lost in the near future (Region15.ru, June 16).

Moscow’s approach to the republics of the North Caucasus, calibrated according to local volatility, is easy to track. For example, the relatively violent republic of Ingushetia is expected to have higher per capita budget expenditures in 2016 than North Ossetia. Ingushetia is even more dependent on the Russian budget than North Ossetia, which means that the entire additional surplus for its budget comes from Moscow (Regnum, December 25, 2015).

As the financial crunch has crippled the North Ossetian government, the republic’s banking sector was practically wiped out by a massive wave of Moscow-forced bankruptcies. The republic now has practically no financial institutions of its own, relying on the branches of Russian behemoth banks like Sberbank (Kavkazskaya Politika, June 15). This suggests that in an economic crisis, regional financial institutions fall first due to both a lack of financial resources and central government pressure.

Another trend that surfaced after North Ossetia’s downward financial spiral was the unexpected rise of figures from the private sector to positions of power in the republican government. The acting governor of North Ossetia, Vyacheslav Bitarov, is the owner of a successful brewery company. The acting head of the republican government, Taimuraz Tuskaev, has a long record of business and academic activities. The mayor of the capital Vladikavkaz, Boris Albegov, is another figure from the private sector. North Ossetia’s business-minded leadership appears to be striving to optimize budget expenditures. In particular, they are targeting the outdated industries that have survived thanks to government support. “According to the laws of a market economy, an unprofitable enterprise should die,” said Albegov, asking rhetorically: “Excuse me, but why should we perform artificial respiration on a corpse?”(Kavkazskaya Politika, May 17).

The long-overdue liquidation of outdated semi-government-controlled enterprises will have two major consequences for North Ossetia. Firstly, the republic’s unemployment rate will rise, although those enterprises have already lost much of their personnel and the effect will be relatively moderate. Secondly, the move signifies the profound contraction of the government’s role in the economy. Apart from the reduction of government involvement in economic activities, it will mean the liquidation of an important symbolic vestige of the Soviet era in the republic—mass manufacturing plants.

The rise of the business class is by itself a “natural” response by society to the bankruptcy and failure of the nanny state—the nanny being, in this case, Moscow, which was expected to feed regions through endless injections of funds that were routinely embezzled. With the rise of regional businesses, Moscow’s tight grip over the regions will likely loosen. Although Moscow still seems to have sufficient funds to support the volatile republics of the North Caucasus and a relaxation of control over them is nowhere in sight, a similar economic optimization is likely to happen in those republics as well. Hence, North Ossetia presents a plausible model for how the economic situation might develop across the North Caucasus in the near term. That model features the government’s retreat from the economy, the rise of local political figures from the private sector, and an end to the remaining traces of government-supported enterprises. 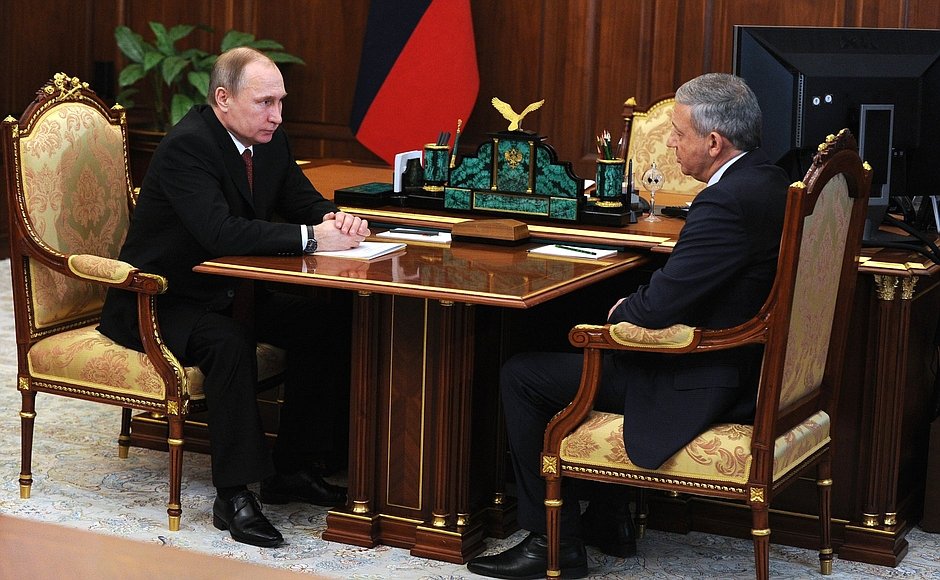 Back
Russia’s June 2016 Snap Exercise: Same..Next
Future of the SCO Under Question After T..

On January 9, The New York Times ran an article on a scandal involving Hong Kong government elites that featured an interview with Jamestown Senior... END_OF_DOCUMENT_TOKEN_TO_BE_REPLACED

The June 2021 issue of Militant Leadership Monitor features a brief on Afghan warlord Atta Muhammad Noor’s return to the battlefield; the arrest and release of the Iranian-backed militia leader Qassim Musleh; a look at the Polisario Front leader Brahim Ghali; a post-mortem analysis of PKK leader Sofi Nureddin;... END_OF_DOCUMENT_TOKEN_TO_BE_REPLACED