Russian President Vladimir Putin initiated a country-wide snap exercise, on June 14, which lasted until June 22, though some units continued to hold maneuvers the following day (Mil.ru, June 14; RIA Novosti, June 23). Various elements of the exercise took place in all four Russian military districts—West, South, Central and East (see EDM, June 21, 27)—but for an unknown reason, it did not involve the operational-strategic command North, or the Northern Fleet. This conspicuous absence of Arctic-facing units is somewhat surprising as, according to Defense Minister Sergei Shoigu, the snap inspection was supposed to devote special attention to “the organization of work of the operational staff when planning the use of units in different kinds of crisis situations” (Mil.ru, June 14; Ng.ru, June 17).

Against the background of the June military exercises then being carried out by the North Atlantic Treaty Organization (NATO)—BALTOPS, Anakonda and Saber Strike—the Russian snap exercise did not come as a surprise. Russian exercises are often timed to be an apparent response to NATO military drills. For example, a Russian massive snap inspection exercise on March 16–21, 2015, appeared designed to be an answer to the North Atlantic Alliance’s own spring exercises in the Baltic region (see EDM, March 19).

Yet, the latest snap exercise had some interesting features. First, it began late in comparison with BALTOPS and Anakonda. Both of these NATO exercises were more or less in their final phase by the time the Russian snap inspection started, on June 14; while Saber Strike ended on June 21. Second, little information has so far been released about the Russian exercise, both during and after it concluded. Usually snap exercises—at least the more comprehensive ones—are broadly covered by the Russian Ministry of Defense press service and the Russian media. Third, one of the exercise’s main objectives was notably to test Russia’s mobilization system by calling up reservists and pairing them with equipment taken out of storage (see EDM, June 27). According to Vedomosti, the exercise was the most far-reaching mobilization exercise in Russia in the last few years (Vedomosti, June 15). Mobilization has never before been a particularly salient feature of snap exercises since their introduction in 2013. Although it should be noted that about 1,000 reservists were reportedly called up during a snap inspection in July 2013; and 16 units, among them one mechanized brigade, one tank brigade and four territorial defense divisions were mobilized during the Tsentr (“Center”) 2015 exercise, albeit not at full strength (Mil.ru, October 6, 2015).

A little odd was the fact that the ukase (order) initiating the call-up of reservists was issued on June 11 (Pravo.gov.ru, June 12)—that is, three days prior to start of the snap exercise. An ukase on calling up reserves is normally issued in December–February. Since 2011, the only occasion when it was issued later in the year was in 2014; and the assumption then was that this was due to the situation in Ukraine and possible preparations for a Russian intervention (Rg.ru, June 20, 2014), which the defense ministry denied (RIA Novosti, August 1, 2014). Such an assumption has not been noted this time, but a Ukrainian source mentions that the mid-June 2016 snap exercise coincided with preparations in the Moscow-backed separatist Donetsk People’s Republic for a general mobilization (Sprotyv.info, June 16).

According to one Russian media source, the exercise comprised three phases; and judging from the available information, this is consistent with how it was carried out (Voenno-Promishlennyi Kurier, June 22). During the first phase, the command posts and signal brigades in the respective military districts were deployed into the field, and the reserve commands prepared to receive reservist at equipment storage sites. In the second phase, the military commissariats called up reservists and then sent them to their respective units. During this phase, some territorial defense battalions were also deployed. Finally, in the third phase, the reservists were furnished with equipment taken out of storage and assigned to their units.

So far it has not been possible to establish the number of reservists called up, whether they formed complete units or augmented standing units on an individual or company/platoon basis, or even which units were mobilized. But from what can be deduced from various sources, signals and artillery units were mobilized; there is scant information mentioning the mobilization of mechanized or tank units. The overall impression is that standing units were augmented with companies, and platoons were manned by reservists (Mil.ru, June 15, 18, 18, 22; Cont.ws, June 22). It is unclear whether these were contracted reservists or if they belonged to the general mobilization reserve. Reportedly, however, the reservists were paid according to pay scales for contract soldiers (kontraktniki), suggesting that only, or at least mainly, contracted reservists were called up for the mid-June snap exercise (Military Information Agency, June 15).

No official evaluation of the exercise is presently available. But according to official statements, the timely norms for receiving reservists and bringing equipment out of storage were met (RIA Novosti, June 17). According to Voenno-Promishlennyi Kurier, the results were positive and the status of the combat vehicles satisfactory, but apparently not when it came to other vehicles (Voenno-Promishlennyi Kurier, June 22)

The exercise seems to have been partly a command-post exercise (CPX), partly a mobilization drill. The latter part might not in reality have been all that comprehensive, but it still seemed to be an important test of the developing mobilization system as well as the basis for further development and another step toward building Russia’s military capability. The exercise, as such, is of interest due to its content. However, a forthcoming evaluation, when and if it is made public, would be even more valuable to assess.

Finally, two other aspects related to the June exercise are worth noting. First, it is possible that this snap inspection was part of the preparations for Kavkaz (“Caucasus”) 2016, scheduled for September; indeed, preparations for that upcoming large-scale exercise were initiated earlier this the spring (Kavkazsky Uzel, March 4). Second, a snap exercise such as this could have an impact on the July 8–9 NATO summit by demonstrating that Russia, in one way or another, will react to the Alliance’s exercises. 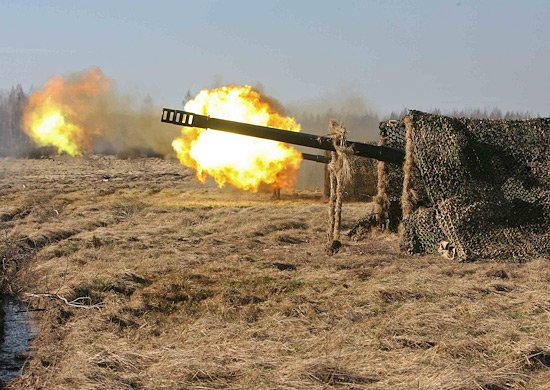 The Jamestown Foundation is pleased to present the hybrid in-person... END_OF_DOCUMENT_TOKEN_TO_BE_REPLACED

On November 17, Jamestown Foundation Senior Fellow Olevs Nikers was interviewed by Romania-based outlet Veridica regarding, among other topics, the best possible outcome for the... END_OF_DOCUMENT_TOKEN_TO_BE_REPLACED