The burial rites in connection with Umar Shishani are unusual because people from across the valley are not gathering for a funeral, as they would customarily do. Many Pankisi residents condemned Umar Shishani for luring young men from the gorge to the Middle East, where two or three dozen Pankisi Chechens have been killed. The oldest Pankisi militant killed in Syria was 30-year-old Ruslan Machilakishvili, while the youngest was 18-year-old Beso Kushtanashvili. According to various estimates, 50 to 100 militants from Pankisi are fighting in Syria (Onkavkaz.com, January 25).

Thus, the losses among the Pankisi Chechen militants in the Middle East are quite significant. Given that Pankisi has about 10,000 residents, every militant from there killed in the Middle East affects nearly the entire area. Umar Shishani had been reportedly killed up to 20 times over the last two years, but this time his death was confirmed by members of his family. Umar Shishani held an important position within the Islamic State (IS) hierarchy. People were curious about him, and many rumors and legends surrounded him. For example, some sources claimed he was part of the United States’ training program for the Georgian military, but that is not true, given that the US training program ended in 2004 and Shishani joined the Georgian military in 2007. It is also not true that he was part of the insurgency during the Russian-Chechen wars, given that Shishani never visited Chechnya. Some claimed that Shishani was a radical Muslim prior to going to Turkey in 2013, while others said he was nearly a Christian. Neither of these claims is true. In fact, Umar Batirashvili grew up not as a particularly remarkable person. He started going to mosque at a fairly early age, but he never expressed any particularly radical or unusual beliefs. In any case, people are likely to make up more stories about him that bear no relation to reality.

Umar Batirashvili’s older brother, Tamaz Batirashvili remains in Syria, where he adopted a new name, Abdurakhman. Tamaz Batirashvili was reportedly close to his famous brother. According to some sources, Tamaz is responsible for reconnaissance in the Islamic State terrorist organization, which means that he is probably an important figure in the entourage of IS leader Abu Bakr al-Baghdadi. Some people claimed that the older brother Tamaz dominated Umar and turned him into the kind of figure he became. No grounds exist for such a claim, however, as Tamaz Batirashvili had neither the power nor the authority to control Umar, who was the military minister for the IS.

Some Russian analysts believe nothing will change among the North Caucasians in the IS as a result of Umar Shishani’s death (Kavkazsky Uzel, July 15), but this is also unlikely: indeed, people who have followed him into the IS will likely start quitting the organization after his death. Neither the reputation of Umar Shishani’s brother Tamaz nor the reputation of his aide, Abu Jihad al-Shishani (an ethnic Karachay a.k.a. Islam Atabaev) will stem the outflow of the North Caucasians to other Chechen commanders. The Chechen militants who quit the IS will rejoin the groups they left. The majority of Chechens who followed Umar Shishani into the Islamic State came from three groups: Jund ash-Sham, under the leadership of amir Muslim Shishani (Murad Margoshvili); the Caucasus Emirate in Sham, which is under the leadership of amir Salaudin Shishani (Paizulla Margoshvili); and Ajnud al Kavkaz, which is under the leadership of amir Abdulkhakim Shishani (Rustam Azhiev). In December 2015, amir Al Bara Shishani (Ceasar Tokhosashvili) joined the IS along with his group. Without Umar Shishani, other North Caucasian leaders in the IS will likely be relegated to secondary roles and become subordinate to Arab amirs, which they will not like. Moreover, in the absence of Umar Shishani amir Muslim Shishani and amir Salaudin Shishani will receive the chance to attract new recruits to Syria. On the other hand, many potential recruits outside Syria will drop their plans to go to the Middle East, given that their hero Umar Shishani is no more.

In any case, Umar Shishani’s death will change the behavior of the Chechens as well as other North Caucasians and Russia militants fighting in the Syrian war. It is likely that the structure established by Umar Shishani inside the IS may crumble. This will mark the end of Umar Shishani’s epoch, and it is unlikely that somebody else of his caliber will replace him in a meaningful way. 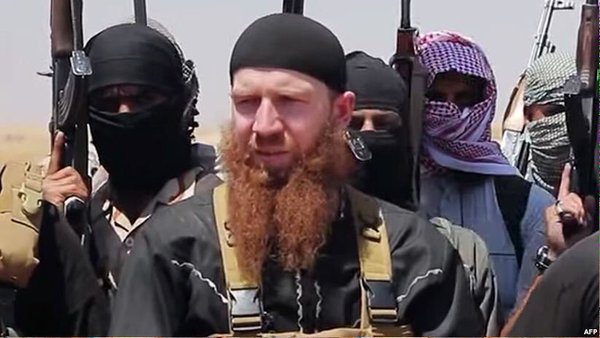 The Jamestown Foundation was proud to host a webinar on... END_OF_DOCUMENT_TOKEN_TO_BE_REPLACED

Jamestown Foundation Analyst Richard Arnold was interviewed by PolitiFact for a story on the Lie of the Year 2022, or Putin’s long list of lies... END_OF_DOCUMENT_TOKEN_TO_BE_REPLACED

The Taiwan Navy can no longer keep up with a Chinese military that commands vast material preponderance, both quantitative and, increasingly, qualitative. It should no longer try. Nevertheless, the strategic vision set forth by the Republic of China Navy (ROCN), or Taiwan Navy, aims at “sea control” in the... END_OF_DOCUMENT_TOKEN_TO_BE_REPLACED