The doping scandal, which may exclude Russian athletes from this summer’s Rio de Janeiro Olympics, is dominating the political news in Moscow at the moment. The World Anti-Doping Agency (WADA) executive board has called on the International Olympic Committee (IOC) to ban all Russian athletes from the Olympics after the publication of a report by Canadian law professor Richard McLaren, which confirmed the existence of a massive state-run doping scheme that apparently allowed Russia to win more gold medals than any other nation in the 2014 Sochi Winter Olympics. The success at Sochi was seen as a personal triumph for President Vladimir Putin, a demonstration of Russia’s return to global great power status. McLaren confirmed allegations made by Grigory Rodchenkov, Moscow’s former anti-doping lab director, about sample switching at the Sochi Olympics; moreover, the report’s author implicated top Russian sports officials and the Federal Security Service (FSB) in the scheme to cover up Russian athletes taking drugs. WADA has called for the sacking of Russian sports officials, including Minister of Sport Vitaly Mutko, and banning them from attending international sporting events. Mutko, in turn, rejected the existence of a state-run doping program in Russia and accused the McLaren report of lacking concrete evidence (Interfax, July 20)

The Russian state agitprop has been working overtime, denouncing the purported United States–led conspiracy to bar Russian athletes from the Olympics. Rodchenkov, presently residing in the US, has been accused of being a defector, traitor and liar. The Kremlin entered the fray directly: Putin decreed the doping scandal “an attempt to split the Olympic movement,” turn sport into a “political instrument to exert geopolitical pressure” and form a “negative image of countries and peoples.” While several middle-ranking sports officials were suspended after the McLaren report’s publication, Putin refused to suspend Minister Mutko (Interfax, July 18).

In the 1980s, Putin was posted as a KGB recruiting officer and spy controller in Soviet-occupied East Germany. Massive state-sponsored doping of athletes was widespread in East Germany in order to achieve high medal counts at international sporting events as an effective tool of state propaganda. Just like many in Russia, Putin most likely believes international sport is riddled with performance enhancing drugs to boost wins and score medals. He seems to be of the opinion that doping is like spying—everybody is involved, and the main thing is to avoid being caught. When someone is indeed caught, Moscow is ready to suspend the guilty athletes and coaches, but on an individual basis—like a game of tit-for-tat expulsions of diplomats or the subsequent exchange of incarcerated spies. But banning the entire Russian team from Rio is seen in Moscow as too much: as the equivalent of ending diplomatic relations in a spy case instead of the usual ritual of individual expulsions. Russia apparently perceives this as tantamount to a declaration of war.

A number of athlete and anti-doping groups, including the US Anti-Doping Agency (USADA), have been calling for the IOC to ban Russia from the Rio Olympics. During a telephone call with US Secretary of State John Kerry, Foreign Minister Sergei Lavrov “expressed his opinion” about the “provocative demands” of the USADA, as reported by the Russian foreign ministry. The phone conversation between Kerry and Lavrov was reportedly about the deteriorating situation in Syria and, in particular, in and around the besieged city of Aleppo, currently divided between different fractions of the opposition and pro-government fractions. But for Lavrov, the doping scandal is at least as important as Syria, or Ukraine or Turkey. In Russia, the Kremlin controls or can issue orders to any institution, including, apparently, local anti-doping institutions. Kerry in turn was forced to take the heat for a letter issued by the USADA in union with other sporting bodies the State Department cannot control. According to the Russian foreign ministry, “Kerry agreed with Lavrov that politics must be kept out of sport” (TASS, July 19).

This week (July 21), the Swiss-based Court of Arbitration for Sport (CAS) rejected Moscow’s appeal of the ban of its track and field team to compete in the fast-approaching Rio Olympics. Mutko and the Kremlin denounced the decision as illegal and politicized. It is now probable the entire Russian team—not only track and field athletes—may indeed be banned from the Olympics. Other international sporting events scheduled to be held in Russia could be called off, including Putin’s next most favored high-profile propaganda coup, the 2018 soccer World Cup, which Moscow has been spending lavishly to stage (Interfax, July 21).

Threatened from all sides, the Kremlin seems to be settling into a siege posture. This summer, Muscovites living downtown, going to work there, or just coming downtown for recreation have been hampered by a sudden massive roadway reconstruction effort that has dug up over 50 streets around the Kremlin. The noise and the dirt are overwhelming: restaurant and shopkeepers complain they are losing business. Of course, these sudden renovations, which reportedly cost 127 billion rubles (over $2 billion), could be in preparation for the soccer World Cup. But some of the streets that are being speedily renovated had already been previously dug up and renovated just last year. This year’s crash renovation of Moscow’s downtown—and in particular the main big streets leading to the Kremlin—has a special feature absent in previous renovation projects. Mainly, all aerial cables—including cables to power Moscow’s traditional, ecologically clean, electric trolleybuses—are being torn down, and all wires are now being buried underground. The trolleybuses cannot be powered from underground, so the authorities promise to replace them with regular diesel buses (TASS, July 13).

Moscow is a capital practically inaccessible to helicopters because of the terrific cobweb of thousands of aerial wires above the streets or carrying cable TV and the Internet from rooftop to rooftop. The speedy helicopter extraction of Putin and the other top brass in the event of (for example) an incoming missile attack would be a problem if at that moment he were not in the Kremlin complex itself, where there is a helipad. The sudden crash project to rid downtown Moscow of aerial cables may, in fact, be to make the city helicopter friendly, allowing for the speedy airborne extraction of top officials. If so, this is an indication of how serious the situation is, as seen from the Kremlin: maybe not an imminent threat, but a distinct possibility in the foreseeable future, requiring serious infrastructural investment. 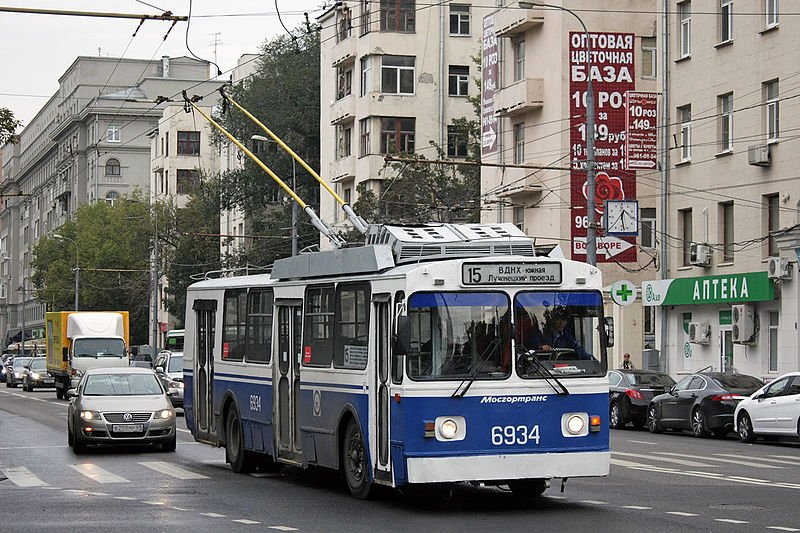 Back
Oscillating Between Israel and Iran, Wil..Next
Chechens in Syria May Quit Islamic State..