Cossacks in Ingushetia have appealed to the Terek Cossack Force to accept them as members. The latter is expected to make its decision by this fall. The Cossacks of Ingushetia have asked to become members of the Terek Cossack force for years, so far unsuccessfully. According to Cossack traditions, Cossacks are supposed to belong to the Russian Orthodox Church and the Ingush, as Muslims, were rejected. In 2013, Vasily Svetlichny became the head of the newly established Sunzha Cossack District in Ingushetia. According to Svetlichny, the Sunzha Cossack District has only about 300 members, and its small size disqualifies it from becoming an officially registered Cossack organization, according to existing Russian laws (Kavkazskaya Politika, July 5). However, a much larger Cossack organization in Ingushetia made up of ethnic Ingush may be behind Svetlichny. Earlier, on February 3, Cossacks from Stavropol met Ingushetia’s governor, Yunus-Bek Yevkurov, and offered to cooperate with the Ingush Cossacks, signaling that Muslim Cossacks may be acceptable to some (Nazaccent.ru, February 4).

Ingush Cossacks are seeking to prove that the Ingush historically served in the Cossack forces while also retaining their religion. However, the prospect of accepting Muslim members into a Cossack organization dismayed the Cossacks, who continued to insist that all Cossacks should be Russian Orthodox Christians. The motivation of the Ingush to become Cossacks is quite simple: The government delegates border protection to Cossack forces along with a substantial package of material privileges, such as land rights and salaries (Kazak-center.ru, October 29, 2013). Although Cossack hopes for receiving large government concessions have repeatedly been dashed, Cossacks in some areas still have managed to secure land rights (Izvestia, June 10, 2013).

The Russian government’s motivation to turn ethnic Ingush into Cossacks is unclear. One possible reason appears to be Moscow’s hope that it would pave the way for the return of ethnic Russians to Ingushetia. Currently, ethnic Russians comprise less than one percent of the population of Ingushetia. Creating a Cossack force in Ingushetia, even if it were dominated by ethnic Ingush, would potentially allow “transfers” between various Cossack societies in the North Caucasus, which would help the Russian government gradually “wash out” ethnic Ingush from the organization. The central government’s other motivation may be to offer the Ingush people the same “carrot” that has been offered to their neighbors and competitors to the west—the ethnic Ossetians. The so-called Alan Cossack Republican District Cossack Society (Terkv.ru, accessed July 13) in North Ossetia boasts 12,000 members, seven subdivisions, and 44 local Cossack organizations. Besides prestige and the legal right to bear arms, membership in a government-sponsored Cossack organization has real material benefits. Ossetian Cossacks are recruited for border protection tasks and receive salaries for their work (Sevosetia.ru, June 14). Since the Ingush and Ossetians have been at odds for a long time, especially since the conflict of 1992, Moscow may be considering an overture toward the Ingush by allowing them to also have their own Cossack force.

Moscow increasingly regards the Cossacks in the North Caucasus as a part of its wider political game in the region. Members of the Cossack forces are included and excluded not according to some historical and cultural heritage, but according to political necessity. As a result, however, the meaning of Cossack culture and Cossack identity is becoming more fluid. Some Cossacks still seem to argue in favor of retaining a Cossack identity separate from the ethnic-Russian identity and the identities of other ethnic groups. However, many seem to go along with the Russian government’s decisions, thereby turning Cossack identity into a profession rather than a cultural artifact. 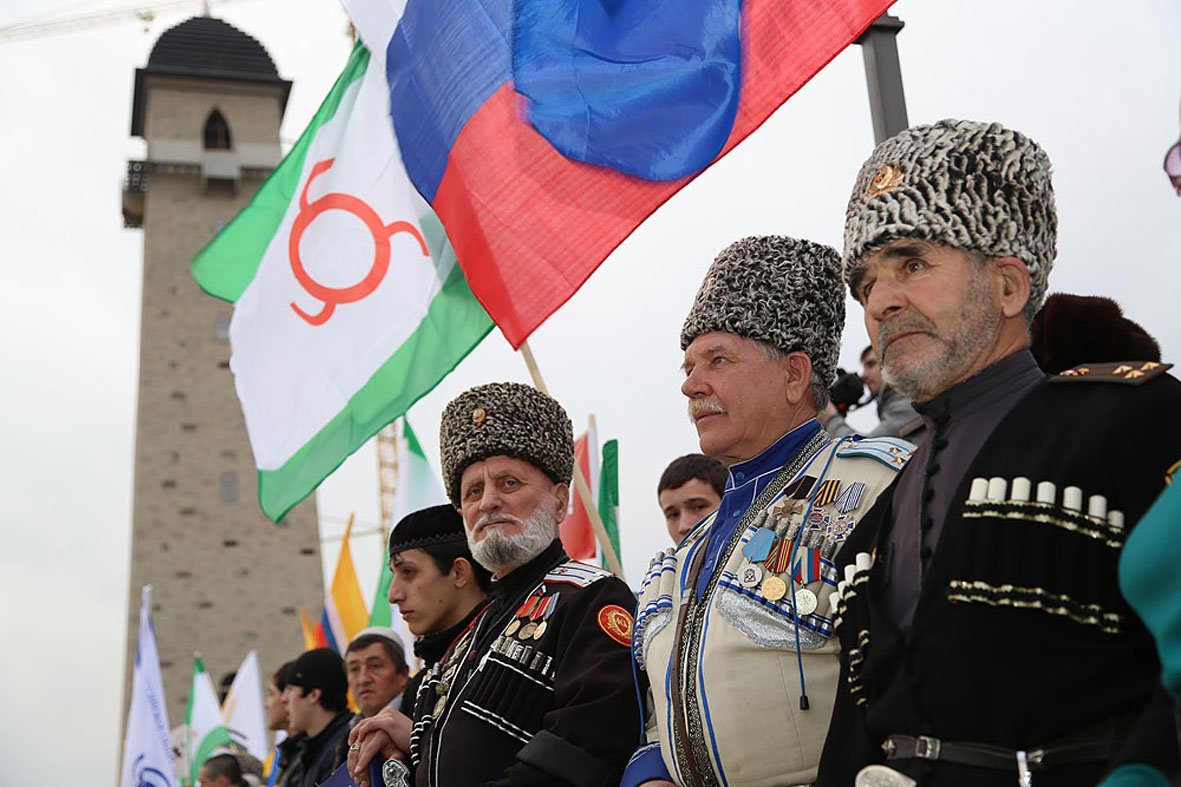 Back
Russia Wanders the War Zones and Politic..Next
Ukraine’s Resilience Strengthens, Thou..