On April 5, Russian President Vladimir Putin signed a decree establishing a new federal security service, the Russian National Guard, which largely inherits the troops from the Ministry of Interior. The director of the new federal service has the status of a Russian government minister and is entitled to six deputies (Kremlin.ru, April 5). That same day, Putin appointed the longtime head of his bodyguard service, Viktor Zolotov, to lead the new agency (Kremlin.ru, April 5). Putin also added Zolotov to the group of permanent members of the Russian Security Council (Kremlin.ru, April 5). On April 11, however, Putin somewhat corrected himself, lowering Zolotov’s status to regular (non-permanent) member of the Security Council (Publication.pravo.gov.ru, April 11).

Putin’s move surprised many analysts, and numerous explanations for his decision sprang to life. Putin’s own explanation did not help much, as he offered one of the least plausible versions so far. At his annual call-in TV show on April 14, Putin responded to a question on the reasons for creating the National Guard by saying that the new agency was established to “control the circulation of weapons in the country” (Kremlin.ru, April 14). Russian officials have not cited the circulation of weapons as a particularly significant problem for the country in the recent past.

One of the most popular explanations for the creation of the National Guard is that the new service will be more reliable for suppressing popular discontent in Russia. As the economic situation inside the country continues to deteriorate and is projected to decline further, Putin reportedly fears that the elites might split and use the crowds to organize riots that slowly turn into a coup. Zolotov has the advantage of being especially close to Putin and, at the same time, being on good terms with Chechen leader Ramzan Kadyrov, who has a relatively small, but potent militarized force, often referred to as the “kadyrovtsy.” Hence, the explanation goes, Putin will be able to use the National Guard, including the kadyrovtsy, to disrupt any mass riots that his competitors may use against him. At the same time, Zolotov will be able to control Kadyrov and his forces, since they get along with each other well, unlike the other Russian security services like the Federal Security Service (FSB), which has long been viewed by some to vehemently dislike the Chechen governor (Novaya Gazeta, April 8).

Novaya Gazeta expert Petr Zaikin went even further, alleging that the reorganization of the Russian forces—the transition of the interior ministry’s troops into the forces under the command of the National Guard—will eliminate Kadyrov’s control over the so-called kadyrovtsy, who will become part of the all-Russian state service (Novaya Gazeta, April 9).

According to some reports, the National Guard will weed former rebels who turned into the pro-Russian kadyrovtsy out of the Chechen forces, and some non-Chechens will be included in the Chechen groups. Kadyrov will be barred from overseeing special operations both in Chechnya and in nearby regions. Kadyrov, meanwhile, did not appear to be worried. Instead, he welcomed the establishment of the new security service and stated that the kadyrovtsy were excited to serve in the new government structure (Onkavkaz.com, April 13). Kadyrov has so far shown the ability to keep practically all the Russian security services in the republic at bay. It is unclear why and how his friend Viktor Zolotov will move in to strip Chechnya’s governor of his personal militarized forces.

During his annual call-in, Putin once again reiterated his support for Kadyrov. Responding to the question by the controversial Russian journalist Sergei Dorenko concerning Kadyrov’s statements about “enemies of people,” Putin reminded his audience that Kadyrov once fought Russian forces but later changed his attitude and became a convinced supporter of the Russian state and Chechnya’s reintegration into it. At the same time, Putin recognized that Kadyrov may have overreached in his zeal to condemn Russia’s domestic enemies, but emphasized that Chechnya’s governor would eventually learn how to avoid such excesses. Putin concluded his defense of Kadyrov with an unprecedented phrase—“Possibly, there is also my role in this [Kadyrov’s overreaction to the Russian opposition]” (Kremlin.ru, April 14).

It is well known that Putin never takes blame for anything negative that happens in Russia. Yet, he partially acknowledged his role in turning Kadyrov into a more militant supporter of the Russian state than he ought to be. In this way, Putin showed solidarity with Kadyrov, reaffirmed his personal connection to the Chechen governor and thereby practically shielded him from attacks within the Russian government, at least for the time being. This probably means that Kadyrov and his military forces are likely to remain intact, even though the kadyrovtsy might change appearance and formal affiliation.

Meanwhile, the cascade of changes at the federal level in Russia is continuing at a lower level. According to the URA.ru information agency, the head of the North Caucasian Federal District, Sergei Melikov, is likely to be appointed deputy to Viktor Zolotov. Melikov was reportedly close to Zolotov in the past. In addition, Melikov was a high-ranking general of the interior ministry forces that previously operated in the North Caucasus. Hence his appointment as Zolotov’s deputy would allow the latter to manage the National Guard’s forces in the region. Melikov’s appointment would also open up the post of presidential envoy to North Caucasian Federal District. Minister for North Caucasian Affairs Lev Kuznetsov, Russian Federal Agency for Nationalities head Igor Barinov, and Viktor Ivanov, the former head of the abolished Federal Service for Drug Control, are reportedly among the possible candidates for the position (URA.ru, April 15).

It appears that the creation of the National Guard is bound to have significant implications for the North Caucasus because of the large role the Interior Ministry Troops played in the region. It is still too early to say how exactly the National Guard will affect the situation in the North Caucasus, but the position of Ramzan Kadyrov still appears to be solid, despite some media attacks against him. The rumors about the crackdown on Kadyrov’s forces appear to be rather a signal aimed at pacifying Russian nationalists, including the hawks in the government and in some portions of the security services, who despise the Chechen governor. 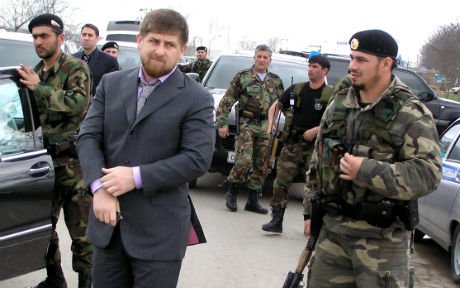 Back
Political Calculations Behind Italy’s ..Next
New Prospects for Development of Transpo..