The Tbilisi Court of Appeals upheld, on June 10, the earlier decision of the city court mandating changing the ownership of the prominent Georgian opposition TV channel, Rustavi 2. The media outlet, which is closely connected to the formerly ruling United National Movement (UNM), belongs to businessmen Levan and Giorgi Karamanishvili, but their ownership rights are being contested by businessman Kibar Khalvashi along with the founders of Rustavi 2, Jarji Akimidze and David Dvali. All three challengers owned Rustavi 2 TV at different periods in the past. And all three say that the Georgian authorities under former president Mikheil Saakashvili deprived them of their property using blackmail and financial pressure. After the change of government following the parliamentary elections of 2012, the former owners of Rustavi 2 lodged appeals first in the city court and later in the court of appeals, winning both cases (Civil Georgia, June 10).

Nevertheless, the CEO of Rustavi 2, Nika Gvaramia, told this author that the management and the current owners of the TV channel intended to continue fighting for it. “This is an unjust ruling. First Tbilisi city court’s judge Tamaz Urtmelidze ruled in their [Khalvashi, Akimidze and Dvali’s] favor because the prosecutor’s office blackmailed him with a criminal investigation against his mother. Then the three judges of the Tbilisi Court of Appeals upheld the decision. One of the judges herself was suspected of financial fraud,” Gvaramia said (Author’s interview, June 10).

According to Rustavi 2’s CEO, the TV channel will explore the possibility of appealing the courts’ ruling in the Georgian Supreme Court. “Apart from the Supreme Court, we have lodged several appeals in the Constitutional Court that challenge some existing laws, which contradict the constitution. The authorities used those laws to try to change the lawful owner of our TV channel,” Gvaramia alleged. He further emphasized that whatever the outcome of these court battles, the journalists of the TV channel would not obey unlawful decisions and would not allow Khalvashi, Akimidze and Dvali to “establish control over the independent TV channel.” Gvaramia warned that “The authorities, led by the informal head of the government, billionaire Bidzina Ivanishvili, want to change the editorial policy of our channel. They use former owners of the TV channel to do so. However, the public understands what is going on. Hence, tens of thousands people will rise to defend the TV company and will not allow anyone to enter our territory” (Author’s interview, June 10).

The Karamanishvili brothers are considered close friends of the leader of the opposition, former Georgian president and the current governor of Ukraine’s Odesa region, Mikheil Saakashvili. Whereas former Rustavi 2 owner Khalvashi is often tied to Georgian Dream’s founder, Ivanishvili—even more often than the other two plaintiffs in the case, Dvali and Akimidze. The next parliamentary elections in Georgia are scheduled for October 8. For Saakashvili’s UNM, retaining Rustavi 2 as an opposition TV channel is crucial to give the opposition party a chance to defeat the ruling Georgian Dream (GD) coalition and come back to power.

That said, Gvaramia rejects claims that Saakashvili or other leaders of the UNM control Rustavi 2. He noted, “We support all pro-Western parties that believe in Euro-Atlantic values and favor Georgia’s accession to NATO [the North Atlantic Treaty Organization]. The ruling party, Georgian Dream of the Russian oligarch Ivanishvili, is a pro-Russian force and carries completely different values that are alien to us” (Author’s interview, June 10).

The government of Georgia, meanwhile, repudiates accusations of meddling in the trial regarding Rustavi 2. Yet, Prime Minister Giorgi Kvirikashvili admitted that he believes the TV channel favors the opposition. “I think the TV channel Rustavi 2 is snappy, far from being unbiased, and lacks balance. However, I would not like the current editorial policy of Rustavi 2 to be altered—especially, before the elections, so that we do not give our opponents a reason for speculations. We do not need that,” Kvirikashvili said (Newsgeorgia, April 29).

Georgia’s Western partners have been closely monitoring the legal process surrounding Rustavi 2. They warn against any attempts to suppress freedom of speech under any pretexts, including court decisions. The United States’ ambassador to Georgia, Ian C. Kelly, has issued the starkest warning so far: “If such trials in regard to a leading opposition TV company were going on in the US during an election year, that would question the management and the ownership of the company, the US would not tolerate that. Hence, I think that if the owner and the management of the TV company change as a result of these trials, Georgians should not put up with that” (Newposts, June 2).

Many in Tbilisi perceived the US ambassador’s statement as a sensation. Ivanishvili reacted by openly calling on Khalvashi, Dvali and Akimidze to halt pushing their case prior to the parliamentary elections. According to Ivanishvili, that should strip the opposition of the possibility to claim that the government attempted “to shut down the opposition TV company.” The Georgian Dream founder said that until election day, on October 8, “I will be a personal guarantee. If the court rules in favor of Khalvashi, Dvali and Akimidze, I will ask them to leave alone Gvaramia and the other employees of the TV company. If they [Khalvashi, Dvali and Akimidze] incur losses, I am prepared to compensate them for that with my personal assets” (Sova.news, June 7).

Local experts believe that Ivanishvili’s proposal of “financial compensation” for the plaintiffs confirms critics’ suspicions that the informal leader of the ruling party is still controlling the government’s actions from behind the scenes. Agreeing with this assessment, Georgian analyst Gia Nodia asked rhetorically, “Why should we believe that they [Khalvashi, Dvali and Akimidze] started the court process without his [Ivanishivili’s] backing, and the judges made their decisions independently from the government?” (Author’s interview, June 10).

The situation around Rustavi 2 may reach a climax two to three weeks prior to the elections. In the next month or so, the Supreme Court of Georgia will decide whether to consider the television company’s appeal or throw it away and uphold the decision of the Tbilisi Court of Appeals. If the appeal is considered, the Supreme Court will have to make a decision in September, when the country will be in the midst of election frenzy, which will add further drama to the campaign season. 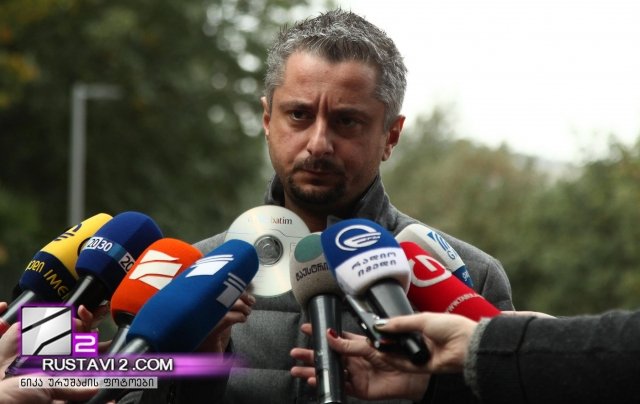