On April 11–16, representatives of an Iranian investment company, Hamrahian Group, visited Dagestan to explore possibilities for cooperation with the North Caucasian republic. The visit came just weeks after Dagestan’s governor, Ramazan Abdulatipov, visited Iran as a member of a Russian business delegation (Kavkaz Today, April 12). At a joint meeting on April 15, Abdulatipov and the Iranian delegation stated that the two sides were planning to cooperate in areas of transportation, agriculture, manufacturing and tourism. The two sides proclaimed the creation of a “Green Corridor” project that would connect Iran and Russia via Dagestan, coast to coast, across the Caspian Sea (E-dag.ru, April 15).

For a long time, the Russian government’s economic strategy in Dagestan and across the North Caucasus was to limit regional economic life and foreign investment and provide subsistence-level funding. Thus, Moscow’s control over economic life in the region was used as a tool to control political life in an area known for its separatist aspirations. Over the past several years, however, providing for the increasingly economically backward region has become quite burdensome for Russia. Thus, Moscow has been looking for a country that would be a “safe” foreign investor country and not inspire the North Caucasians’ quest for independence from Russia. For some time, the Russian government touted Turkish businesses as investment partners in the North Caucasus. However, after the downing of the Russian plane along the Turkish-Syrian border in 2015, bilateral relations froze, and the Russian-Turkish partnership practically vanished. It appears that Moscow is now looking at Iran as a possible investor in the North Caucasus. However, an unfriendly business climate in the long-neglected region poses a formidable challenge for any foreign investor. Besides, Iran itself needs injections of cash and is unlikely to be a reliable investor in the Russian region.

According to the independent Dagestani weekly newspaper Chernovik, members of the Iranian delegation stated that they could invest up to $2 billion in various projects in Dagestan. However, the Iranians also made it clear they were not in a position to invest blindly, and they asked for Russian government guarantees and protection for their investments. Unfortunately, Dagestan does not have a particularly stellar record of dealing with foreign investors. In 2014, Turkish businesses proposed building a five-star resort-hotel in the republic. The proposal included a 24-story hotel with 250 rooms, a conference hall with a capacity for 2,000 people, a spa center, and a golf club. The cost of the project was estimated at over $100 million. Construction work was supposed to start in September 2014 and end by June 2016. Yet, soon after the presentation, the Turkish investors had to rethink their plans because they were scared off by uncertainties related to local land ownership laws and regulations (Chernovik, April 22).

With the easing of international sanctions, the Islamic Republic of Iran may, indeed, have greater resources for investing abroad. However, following years of limited access to international markets, Iran is likely to need investments itself. Dagestan can potentially be the best place to do business among the North Caucasian republics because it is the largest and, in many ways, the freest territory in the area. Nonetheless, it is unlikely to attract the attention of Iranian investors. One obstacle is a relatively tough business climate. For example, in March 2014, infuriated locals burned down Chinese greenhouses in the village of Sivukh in Dagestan, destroying an estimated $1 million worth of Chinese investment. No proper government investigation followed, and no charges were filed (Kavkazsky Uzel, March 15), which means that the authorities themselves were likely behind the attack.

Despite its poor business climate, Dagestan could still become a substantial transportation hub for trade between Russia and Iran. Currently, the main trade flows between the two countries in the Caspian Sea basin proceed via Astrakhan, in the northern Caspian Sea. Dagestan is the closest Russian territory to Iran and can significantly cut the time and cost of transportation if it starts handling cargo from and to Iran (Chernovik, April 22). The Russian government has been considering privatizing the Makhachkala harbor for the past several years. One of the primary reasons for the privatization of the port would be to develop its infrastructure and turn it into a major hub for bilateral trade with Iran. Sensing the port’s importance, two major Russian businessmen with Dagestani roots, Ziyavuddin Magomedov and Suleiman Kerimov, have been haggling over the ownership of Makhachkala’s port on the Caspian coast (Riaderbent.ru, February 26). Moscow, however, remains undecided over what to do about Makhachkala’s port.

It is not clear whether rebuilding the port will be economically viable, because it is unclear how much oil it will receive. Politically, Moscow is reluctant to expand Dagestan’s foreign ties. Russia’s policy in the North Caucasus over the past two decades has been marked by persistent attempts to isolate the region from the outside world. That policy has been largely successful, but Moscow is running short on resources and considering alternative ways of sustaining the loyalty of the regional elites in the North Caucasus. In any case, economic ties with Iran are unlikely to be the silver bullet for the North Caucasus’ economic woes, due to the fact that political and economic reforms are long overdue but still nowhere in sight. 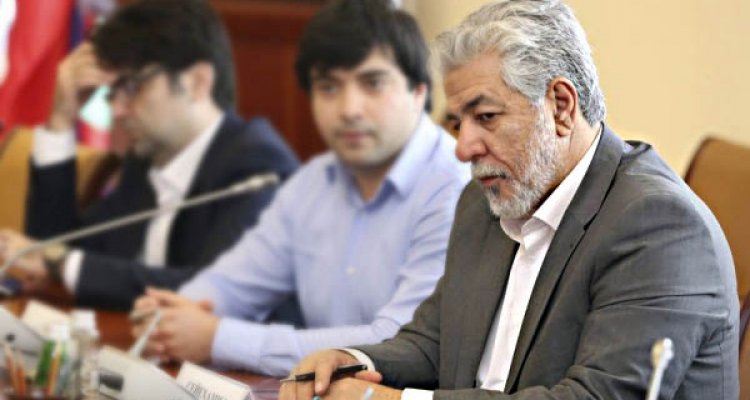 Back
Russian Money for Belarus: Not for a Bas..Next
Moscow’s Appointment in Doha Goes Awry