Russian talks with Gulf states, in Doha, Qatar, aimed at freezing oil production and thereby raising prices, broke down on April 17 (RT, April 17). This failure to reach an agreement represents a major setback for Russia’s economy as well as its domestic and foreign policies. Not surprisingly, upon news of the collapse of the meeting, global oil prices immediately fell sharply.

The Russian government may continue, through its army of online trolls and state officials, to try to claim that the country is weathering the storm of Western sanctions and low energy prices, or that Moscow is forging ahead with diversifying and modernizing the economy (Government.ru, April 19). But if energy prices stay low, the crisis will continue. And evidence overwhelmingly suggests this will be the case. After all, there is no reason for Saudi Arabia, any of the Gulf’s other petroleum exporters, Iran, or Russia to reduce their production, out of fear of losing market share to their competitors. Moscow clearly realizes this and is taking certain fiscal corrective measures. Notably, the Russian government recently announced that, to balance the budget, it will essentially tax state-owned corporations by demanding that they pay out at least half of their profits as dividends (RT, April 29).

But Russia’s disappointment in Doha signifies a wider failure regarding its economic crisis. Moreover, Prime Minister Dmitry Medvedev has officially ruled out structural reforms for this year. So this essentially leaves the Russian state with no more workable options. And absent a retreat from Ukraine, which itself is quite unlikely, Russia’s deepening economic and, therefore, ultimately political crisis will continue (Government.ru, April 19).

Predictably, the Russian media has been full of recriminations against Saudi Arabia, which, allegedly, is responsible for the failure in Doha. But although Moscow will not admit it, the real culprit here is Iran. The Saudis and the other Gulf states would not accept a deal unless Iran did, especially as Tehran had made it clear that it fully intends to boost production as far as it can to recover market share from other producers. According to energy expert Jeremy Maxie, Russia apparently supported Iran’s demand to be able to restore its shut-in (capped) production. Furthermore, he argues that Moscow likely told Riyadh that either the deal must exclude Iran, or Saudi Arabia and the other Gulf states would have to make concessions to Tehran (Forbes, March 17). Predictably, the Gulf states refused to accept a deal that benefited Iran and its “attorney.” And consequently, Russian officials and media ended up blaming the Gulf countries for failing to undermine their own position for Moscow’s benefit (RIA Novosti, April 17; Rossiya 1, Kommersant, April 18; Sputnik News, April 19).

The failure of this conference reveals that Moscow’s characteristic effort to dance at both the Saudi and Iranian weddings at the same time and insert itself into cooperation with the Gulf regimes while remaining Iran’s partner and advocate has failed. For now, Russia cannot overcome the Saudi-Iranian or Sunni-Shiite split in the Middle East. And given its position in Syria, Moscow probably could not have mustered the political clout to make this deal stick since it is so clearly partisan to Iran’s cause and client, Bashar al-Assad. Russian officials like Energy Minister Alexander Novak now have to face the fact that the Gulf producers and Iran can and will continue to compete to maximize production and thus market share (RT, April 17).

Russian business leaders like Lukoil’s CEO Vagit Alekperov claim, with typical and typically unmerited bravado, that they will not do business with members of the Organization of the Petroleum Exporting Countries (OPEC). And they may further assert that they have survived and adapted to the crisis (YouTube, April 20). But this is empty boasting. Without additional investment, Russia cannot forever sustain the maximization of domestic petroleum production. And as this episode shows, Moscow lacks the diplomatic muscle to effectively coerce or induce other producers to follow its lead. Even if Russia had found common ground with the Gulf states and with Iran for all parties to decrease production and raise global oil prices, such an arrangement would have invited US shale producers—which had to shutter their production due to low prices—back into the market. Thus the April 17 fiasco in Doha not only illustrates the limits of Moscow’s “power to persuade” in the Middle East, it also highlights Russia’s lack of market power in the energy sector along with the decline of OPEC’s global economic influence.

A more farsighted leadership in Moscow might conclude from all this the need to make the necessary concessions to achieve the lifting of the sanctions regime, institute sensible energy reforms, and find a way to cushion the blow of persistently low energy prices. Indeed, the latter will inevitably force either additional spending cuts or the continuing depreciation of the ruble, higher inflation, and the immiseration of the population. Those trends not only augur badly for domestic stability but also compromise the basis upon which Russia can successfully conduct a foreign policy that reflects its real interests. But the chances that such drastic corrective measures will be taken are vanishingly slim—particularly judging by Vladimir Putin’s remarks during his last TV call-in and Medvedev’s report on government activities (see EDM, April 25; Government.ru, April 19). Thus, the longer-term likelihood for Russia to maintain domestic stability or its international competitiveness appear equally dubious. 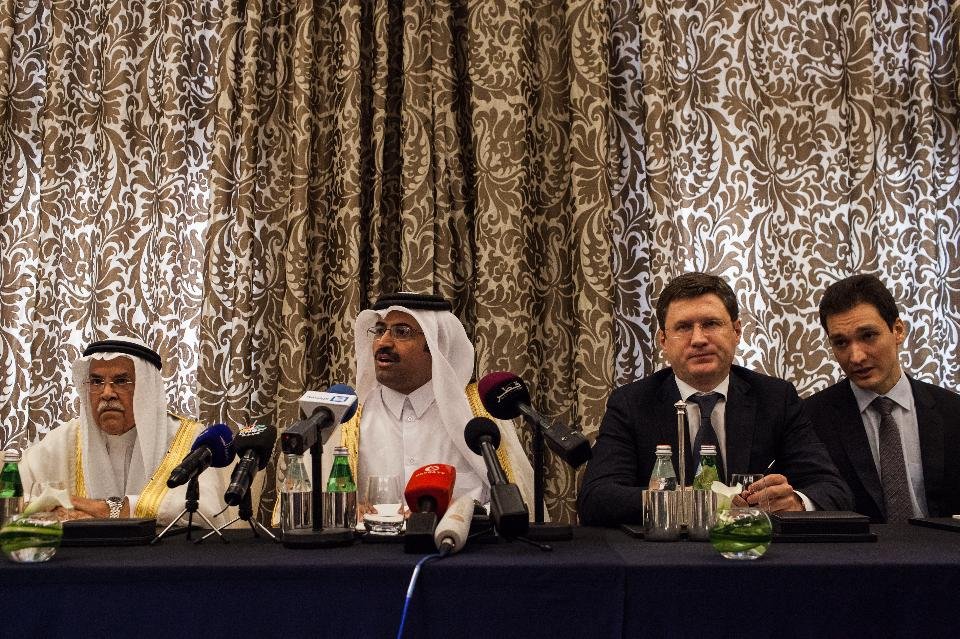 The Jamestown Foundation was proud to host a conference on... END_OF_DOCUMENT_TOKEN_TO_BE_REPLACED

On June 6, Jamestown’s President Glen E. Howard was quoted by Task and Purpose in an article on Russia’s Chechen fighters in Ukraine. END_OF_DOCUMENT_TOKEN_TO_BE_REPLACED

For over two decades, the People’s Republic of China has been engaged in a grand project to transform its military into a modernized fighting force capable of defeating the world’s most powerful militaries through asymmetric means. However, despite the considerable attention that has been devoted to cataloging Chinese advances... END_OF_DOCUMENT_TOKEN_TO_BE_REPLACED