Claims of “stability” and “confidence” shaped President Vladimir Putin’s answers to the carefully selected questions posed during his annual 220-minute-long live TV call-in program, which aired on April 14. Since then, however, Russian foreign and domestic policies have zigzagged so much that the notion of “stability” has become irrelevant, while discord among the top figures in the Kremlin and the government has undermined any pretense of confident leadership. During his televised question-and-answer program, Putin concentrated heavily on domestic affairs, seeking to restore the image of an attentive and caring master. But his apparent lack of understanding of the grim reality of protracted crisis has only become more obvious (Carnegie.ru, April 14). Putin also tried to downplay the theme of confrontation with the ever-hostile West, but tensions and direct hostilities have since reached a new level of intensity.

The resumption of dialogue between Russia and the North Atlantic Treaty Organization (NATO) was supposed to mitigate these tensions. However, last week’s (April 20) meeting of the NATO-Russia Council, in which the Russian ambassador faces the Alliance, only added to the spirit of mutually assured mistrust (Novaya Gazeta, April 21). On the eve of that meeting, initiated—to the great satisfaction of Russian diplomats—by NATO Secretary General Jens Stoltenberg, Moscow found it opportune to stage a series of military provocations in the Baltic theater (Nezavisimaya Gazeta, April 18; see EDM, April 21). These undeniable violations of elementary rules for prevention of military incidents on the sea and in the air included the provocative flyover by Russian Su-24s of the USS Donald Cook, which was visiting Poland and Lithuania. Yet, the Russian Ministry of Defense tried to present the visit of the United States’ warship to Klaipeda, Lithuania, as an attempt at putting “military pressure” on Moscow (Rbc.ru, April 20). Such crude provocations undercut Russia’s efforts to ease the sanctions regime by showing restraint in Ukraine; and at the same time, Moscow’s aggressive behavior on NATO’s eastern flanks will not be able to prevent cuts to the Russian defense budget, because the country’s economic decline continues unabatedly.

The only positive score, for the Kremlin, from the risky fake attacks on the US Navy destroyer was that they took attention away from the crash of a Mi-28N Russian helicopter near Homs, Syria, in which two pilots perished (Gazeta.ru, April 12). The Russian intervention in Syria is in limbo, and while the forces of Bashar al-Assad’s regime prepare for a new offensive, Moscow is reluctant to commit to a new deployment as the risk of casualties keeps growing. US Secretary of State John Kerry is trying to consolidate the ceasefire by drawing lines that would keep the moderate opposition safe from Russian airstrikes, while admitting irreconcilable differences on Moscow’s support for al-Assad: “Obviously, we’re not stupid about it” (Rbc.ru, April 23). There have also been dangerous encounters in the Syrian sky involving Israeli fighters, and Prime Minister Benjamin Netanyahu focused on preventing further incidents in his talks with Putin last week (Kommersant, April 22). The most painful setback for Russian maneuvers in the Middle East, however, happened in Doha, Qatar, where multilateral talks on possible cuts in oil production resulted in an entirely predictable failure, since Iran is firmly set on increasing its output (Carnegie.ru, April 18).

Moscow’s hopes that the Organization of the Petroleum Exporting Countries (OPEC) would find a way to push up the oil prices are, indeed, totally misplaced. Russian economists now describe long stagnation as Russia’s “new norm”, which could well be interrupted by a series of sharp contractions (Polit.ru, April 21). Seeking to uplift this hopeless trajectory, Putin has called back his old loyalist Alexei Kudrin to design a new reform package; but there is no way around the fact that every proposal for liberalizing the business environment directly contradicts official guidelines for tightening state control over the damaged economy (Nezavisimaya Gazeta, April 20). Prime Minister Dmitry Medvedev, meanwhile, is far from thrilled with Kudrin’s rehabilitation and has quickly produced his own proposal for reorganizing the government, which retains, in his view, too many Soviet features (Rbc.ru, April 22). This confusion destroys the illusion of stability. In a recent opinion poll about Russia’s situation, only 2 percent believed the country is “stable”; 41 percent of respondents saw “temporary difficulties”; 14 percent saw Russia undergoing “stagnation”; 17 percent feared a “coming crisis”; while 16 percent acknowledged “deepening chaos” (Levada.ru, April 20).

Putin’s approval ratings may remain sky high, but his lieutenants fear the accumulation of discontent to an unknown critical mass. These fears were highlighted by Aleksandr Bastrykin, the head of the Investigative Committee, who blames the escalation of internal instability on the “hybrid war” waged by the US against Russia for the last decade (Kommersant, April 18). He is one of the most influential figures among Putin’s security services personnel (siloviki), and his assessment of quickly increasing Western-sponsored extremism certainly stands in sharp contrast with Putin’s message of reassurance in stability (Vedomosti, April 20). Bastrykin’s proposals for Chinese-style controls over the Internet and criminal punishment for “falsifications” of history elaborate his key point: “Enough of the fake democracy games.” It is, in fact, an appeal to Putin to upgrade the repressive machine (Forbes.ru, April 18). The newly-formed National Guard, for that matter, has already started training for dispersing street protests against an increase in communal tariffs (Newsru.com, April 23).

This attempt to influence Putin’s choices is a sign of bafflement rather than determination in the siloviki camp—but its chances for success are slim. Putin is no more able to repress mass discontent than to launch liberal economic reforms. He can neither reinvent his corrupt rent-seeking regime as a "police state,” nor as a developmental semi-democracy. He is trying to combine pressure on the disunited opposition with targeted generosity in the form of distributing dwindling resources; and he relies heavily on propaganda to amplify such palliative measures. Much the same way, in foreign policymaking, Putin seeks to swing back and forth between showing toughness and flexibility—testing NATO’s resolve to build up its capabilities for defending the Baltic states and demonstrating prudence in keeping the war zone in Donbas under control. On each turn, the surprise generated by his latest move may register as a tactical success, but this trademark unpredictability signifies a lack of direction in his leadership. Each aggressive step requires a corresponding upturn in domestic repression; and each about-face calls for a relaxation of restraints. But Russia does not stand still as a result of these incoherent jerks—it keeps going down. 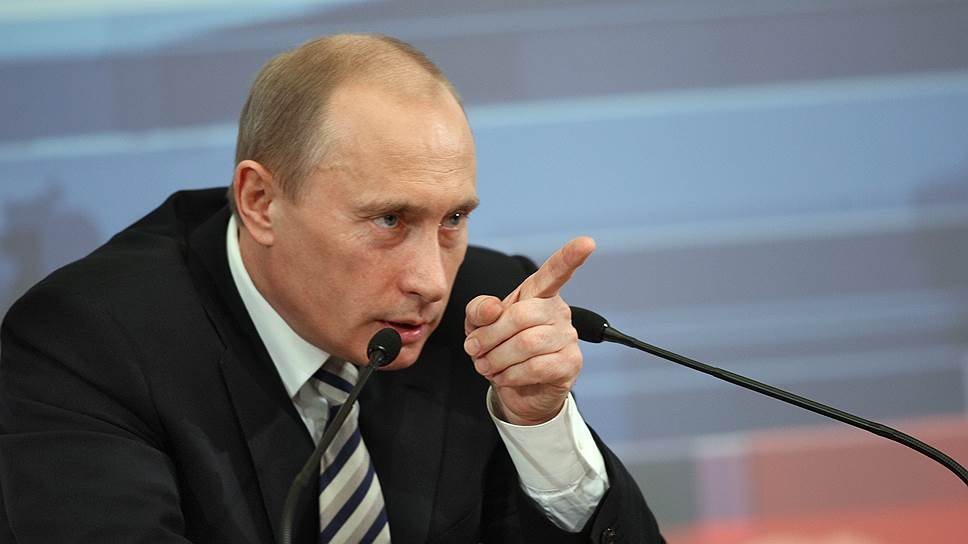 Back
Ukraine’s New Concept Paper on Securit..Next
Kaliningrad as a ‘New Ideological Batt..