On April 12, Igor Nikolaychuk, the head of the Department of Regional Security Problems at the Russian Institute for Strategic Studies, traveled to Russia’s Baltic exclave of Kaliningrad, where he proclaimed that the oblast would never become a demilitarized “region of peace” (Newsbalt.ru, April 12). Moreover, he blatantly accused “external forces” of meddling in this Russian region, nestled between the European states of Poland and Lithuania. These remarks by no means reflected Nikolaychuk’s personal opinion: they are part of a well-calculated informational campaign orchestrated from above.

Indeed, such heightened rhetoric regarding Kaliningrad could be observed a year earlier from Russian Patriarch Kirill. During the Forum of the World Russian People’s Council, held on March 14, 2015, and attended by top-ranking Russian officials, Kirill emphasized the “fort outpost” status of Kaliningrad against the West. Moreover, the Russian Orthodox Church leader called for the escalation of the campaign against remnants of German cultural heritage in the exclave, which the Soviet Union annexed following World War II (Patriarchia.ru, March 14, 2015). Clearly, Moscow has intensified its aims to turn Kaliningrad Oblast into a militarized and ideologically anti-Western outpost on the Baltic, abrogating the idea of Kaliningrad as a would-be “region of cooperation” between the European Union and Russia.

Present Russian discourse on Kaliningrad is dominated by two main factors: an acute fear of social unrest (“Maidan” in the Russian political vocabulary) and the threat of expansion of economic and cultural ties between the local population and neighboring countries.

Over the last several weeks, evidence has continued to mount that Kaliningrad is being rapidly transformed into a leading talking point and focus of propaganda for ultraconservative, anti-Western Russian circles. Intensive anti-West informational warfare was initiated, in 2014, by the local governor, Nikolay Tsukanov, who accused Western special services of preparing a Maidan on the territory of the oblast (Freekaliningrad.ru, July 1, 2014). This statement was fully supported by the head of Kaliningrad’s local government, Mikhail Pliukhin (Newkaliningrad.ru, July 2, 2014; Korrespondent.net, July 3, 2014). Furthermore, during his meeting with Vladimir Putin, Tsukanov purposefully underestimated the population of nearby Lithuania by half (Govoritmoskva.ru, July 26, 2015). In so doing, he was reiterating a popular local myth about the alleged “depopulation of the Baltic States,” supposedly caused by pervasive poverty following the disintegration of the Soviet Union and exacerbated by the shortcomings of their membership in the EU.

Another pivotal argument frequently being disseminated by propaganda outlets in Kaliningrad and Russia-wide is the notion that widespread Russophobia has permeated Poland and the Baltic States (Newsbalt.ru, April 3, 2016; May 6, 2015). In Poland, the government is pursuing an ongoing campaign of de-Communization, which, among other things, includes the removal of the Soviet monuments erected on Polish soil. Such symbols of Soviet power are seen locally as a present-day reminder of Moscow’s forceful imposition of an adverse ideology on Poland, coupled with the extermination of Polish intellectual elites. But Russian media has presented this as an indisputable sign of a deeply rooted national hatred in Poland and the Baltic States against Russia (Slavia.ee, April 5, 2016).

Moreover, local propagandists (actively supported by central authorities in the Kremlin) have re-launched another popular rumor, heretofore buried since the early 1990s, stating that the Kaliningrad oblast is in danger of being annexed by external armed forces—for instance, by Lithuania (Delfi.lt, June 10, 2015). Media stories to this effect have been flourishing particularly since the EuroMaidan, which erupted in Ukraine in 2013–2014. Notably, senior Russian intellectuals and officials have gone on record saying they strongly believe that the United States stands behind Lithuanian irredentism and that Washington has secretly approved the transfer of Kaliningrad to Lithuania (Novorus.info, April 2).

In addition to such purported external threats, the notion of a “fifth column” arising in Kaliningrad has also gained enormous popularity recently. This latter threat is supposedly made possible by Kaliningrad’s physical separation from the mainland and “encirclement” by NATO/EU members as well as due to the remnants of the region’s historical and cultural legacy that are not found anywhere else throughout the Russian Federation.

According to the propaganda, the specter of Kaliningrad’s “fifth column” is said to be cooperating closely with German organizations seeking to reignite discussions on Kaliningrad city’s former identity—Königsberg. These groups are accused of trying to sow the seeds of separatism in the exclave (Maxpark.com, March 22) and ultimately to spark a “Maidan worse than in Kyiv” (Exclav.ru, March 18). On March 20, during his visit to Kaliningrad, the president of the Academy of Geopolitical Problems (AGP), Colonel-General Leonid Ivashev, openly blamed external forces of attempting to destabilize the region from within. Ivashev announced that a regional branch of the AGP would be opened in order to counteract foreign instances of “soft power” and to forestall the “creeping Germanization” in Kaliningrad oblast—which he suggested remains “a very much desired object for German expansion” (Newsbalt.ru, March 20). As such, Ivashev is replicating and carrying out a specific cultural policy meant to undermine and completely erase the memory and legacy of the German period of local history (1255–1945)—an approach first developed by the Soviet regime after Kaliningrad’s annexation. This was accompanied by cultural nihilism and the destruction of the region’s architectural heritage—which was justified by the alleged “worthlessness” of German material culture. This Moscow-driven strategy received new impetus on March 15, during Russian reactionary intellectual Peter Multatuli’s recent visit to Kaliningrad. Specifically, Multatuli presented his book on local history, which urges the wholesale rejection of the exclave’s German historical period and underscores Kaliningrad’s vital importance for Russia’s geopolitical confrontation with the West (Exclav.ru, March 15).

Moreover, starting from September 1, 2016, Kaliningrad will be among the first Russian regions to host the newly revitalized military-patriotic youth formation “Yunarmia,” which had existed in the Soviet Union (Balticpl.ru, April 6). This will continue to push Kaliningrad down the path of militarization and even further isolate this exclave from its natural European partners across the border.

Taking into consideration the above-cited tendencies, and combined with the visible speedy accretion of Russian military might in the Baltic region, Kaliningrad is clearly growing in importance as both a focus and a key tool of Russia’s anti-Western policies. 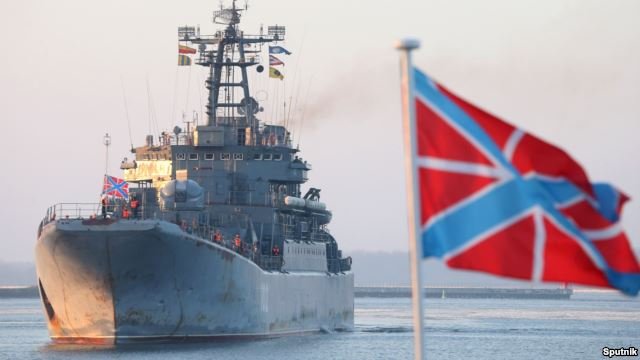