On the night of April 20, unidentified militants attacked the village of Juli in Dagestan’s Tabasaran district. The attackers robbed a local grocery store and shot up and set fire to several buildings. According to some accounts, the group consisted of four or five militants (Novoe Delo, April 21). Other sources said that the group consisted of at least 20 people, even though security cameras only captured the images of six individuals. The assailants reportedly held the village school principal and his family as hostages for a brief period but then let them go unharmed (Chernovik, April 22).

Southern Dagestan has become another hotspot in the republic in the past several months. The so-called “Southern” (“Yuzhnaya”) militant group launched several attacks in Derbent and surrounding areas while managing to avoid casualties. The group is affiliated with the Islamic State (IS) group based in the Middle East. It is unclear, however, whether the relationship between the IS and its subsidiaries in the North Caucasus is something more than a “franchise,” whereby the latter uses the label of the former to garner public support and raise some funds locally. Given the difficulties the IS faces in the Middle East, it is probably not in a particularly good position to fund militants in the North Caucasus.

Throughout the 2000s, Tabasaran district was a relatively quiet agricultural area within volatile Dagestan. However, in the 2010s, the situation there started to change. Tensions in the district, according to some observers, started to rise after a respected Tabasaran Sufi sheikh, Sirazhutdin Khuriksky, was killed in 2011. Cousins Nazim, Murad and Sabir Rashidov, who themselves came from Tabasaran district, were charged with killing the Muslim cleric. Ethnic Tabasarans comprise about 80 percent of the district’s 53,000 people. Azerbaijanis are the only other significant ethnic group, comprising about 18 percent of the total population. For a long time, Tabasarans had high birthrates, which may have created the district’s so-called “youth bulge”—i.e., large number of young men—which is often associated with a higher risk of conflict. According to some estimates, Tabasarans currently comprise the bulk of members of “Southern,” the most active militant group in Dagestan (Onkavkaz.com, April 22).

Some Dagestani observers assert that the long-brewing conflict in the Tabasaran district has economic rather than religious roots. The Dagestani independent newspaper Chernovik warned that “the situation in Tabasaran, slowly but surely is drifting toward a serious escalation.” The reason, according to the paper, is the republic’s unbridled corruption and the economic deprivation of the local population. The newspaper pointed to a telling example of the new school that should have been built in the village of Juli in 2012. Now that the militants destroyed the old school, the village’s school children cannot attend school anymore, because the new school was never built (Chernovik, April 22).

The militant attack on the village took place amid the ongoing counterterrorism operation in southern Dagestan, which raised the question about how effective that regime is. Official accounts of the attack and its consequences are quite upbeat, despite the government’s failure to protect the villagers and their property. The police said that a resident of Juli, Rasmin Magomedov, was behind the arson attack on the school. The police immediately proceeded to Magomedov’s house in the village, found a bomb and detonated it, destroying the house. Destroying houses of suspected rebels and claiming the rebels’ own bombs had detonated has become a widespread practice among Dagestani police. Magomedov’s family had to be sheltered by their relatives since they had nowhere else to stay (Onkavkaz.com, April 22).

A large-scale attack on a village at the time of the ongoing counterterrorism operation regime may indicate that the rebels in southern Dagestan feel quite confident in the area. At the same time, the rebels’ target—grocery stores—may show that they do not have much local support and have to confiscate food supplies by force. In any case, it is remarkable that the assailants managed to retreat without being challenged by the police and apparently suffered no losses. The attack indicated that groups of militants in Dagestan may have little support among the general population, but the state is often inept and also lacks popular support. The lack of legitimacy of the state among the population creates opportunities for the militants. Instead of addressing the deep political causes of insurgency, such as a lack of popular representation in the republic’s political life, the Dagestani government is dealing with its consequences—fighting an unending war with insurgents. Apparently, it is essentially “cheaper” for the government to fight insurgents than to reform itself. If external conditions do not change—the situation in Moscow being the most indicative of those conditions—a low-grade insurgency could continue for a long time in Dagestan. The government itself appears to be part of the problem of the insurgency, and it is unlikely to reform itself any time soon. This could have a major impact on the renewed militancy in southern Dagestan should the insurgency in other parts of the mountainous republic come to a head. 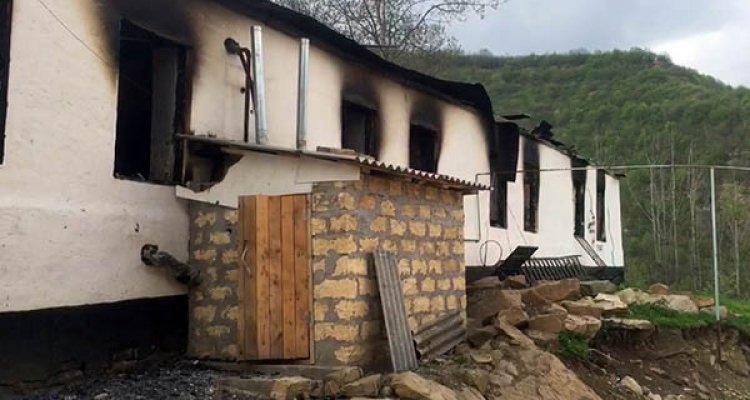 Back
Kaliningrad as a ‘New Ideological Batt..Next
Romania Bidding for Influence in Moldova..