Latvia’s new State Defense Concept, approved by the Cabinet of Ministers this week (May 24), is an ambitious declaration for a stronger defense buildup. At the same time, it represents a kind of “wish list” just ahead of the North Atlantic Treaty Organization’s (NATO) approaching July summit in Warsaw, during which Alliance members are expected to discard their policy of “trust,” in favor of a policy of “deterrence” (Sargs.lv, May 24).

The document, expected to be ratified by the Latvian parliament by October 1, will replace the previous version of the Concept, from 2012. In particular, the updated version now explicitly names Russia a potential aggressor and a potential threat to Latvian national security. And most importantly for NATO, Latvia now openly declares a significant long-term presence of Allied militaries in Latvia to be in its national interest. Specifically, the 2016 State Defense Concept promotes regular rotations of NATO forces on land, at sea and in the air; centralized coordination of military training and exercise cycle and the deployment of combat and combat-support capabilities; as well as the development of necessary military infrastructure for Allied training and the deployment of battle equipment.

Seriously concerned by Russia’s aggression in Ukraine, the three Baltic States of Latvia, Estonia and Lithuania are calling for international battalions—up to a thousand soldiers each—to be located on the territory of every Baltic country (Apollo.lv, May 25). Estonian Prime Minister Taavi Rõivas has also requested a permanent NATO presence in the Baltic States: “In Estonia, Latvia and Lithuania, we need a permanent presence of one battalion in each of the countries,” (Die Welt, May 26). The 1997 NATO-Russia Founding Act specified that the Alliance would not place large, permanent troop contingents on the territories of the eastern (former Eastern Bloc) member states. However, the Baltics believe that during the Warsaw summit, NATO will nonetheless agree to permanently station Alliance troops on Baltic soil.

Meanwhile, on May 15, four Central European NATO members—Poland, the Czech Republic, Slovakia and Hungary—confirmed that they will draw up rules of procedure for the deployment of 600 soldiers to the Baltic States on a quarterly rotational basis, starting on January 1, 2017. This step is intended to help “Baltic allies and friends who are concerned about their safety,” Czech Defense Minister Martin Stropnický explained (Apollo.lv, May 25).

In addition to calling for a physical Alliance presence on the ground, the new Latvian National Defense Concept marks a stronger position regarding nuclear weapons. The document clearly states that Latvia expects NATO to keep a nuclear arsenal in Europe—so as to prevent Russia from living under the impression that it is the only nuclear power on the continent.

The Concept further stresses the need for a greater involvement of Latvian civil society in protecting the country. In particular, the new document encourages domestic firms to show greater flexibility in allowing their employees to undertake National Guard training. The duty of every citizen, as stated in the document, is to defend Latvia, whether actively or passively. With this in mind, the Concept underscores the role of the National Guard and the Young Guards in strengthening civil society: “National defense is unconditional. Every citizen’s duty is to defend the country and […] resist the aggressor” (Sargs.lv, May 24).

Such strong wording is an important expression of the government’s political will. But if the government truly intends to make the mission to protect the country an “unconditional duty” of every citizen, such a change would have to be written into the Constitution of Latvia, or at least secured by law. This kind of possibility has yet to be discussed by Latvian politicians.

At the same time, the document is missing any discussion of the renewal of compulsory military service. The reinstatement of the draft would draw a much larger proportion of the population to national defense, argues Riga Stradiņš University assistant professor Māris Andžāns. In Estonia, compulsory military service exists and was never abandoned; while, Lithuania decided to restore it recently. Whereas, Latvia has so far avoided any serious discussion on this issue, according to Andžāns (Diena, May 24).

During the March 2016 session of the Baltic Assembly—an inter-parliamentary meeting of the legislatures of all three Baltic States—the speaker of the Latvian parliament, Ināra Mūrniece, spoke in favor of a return of the draft in Latvia (BNN, April 1). As such, she became her country’s first high-ranking politician to suggest that Latvian society must begin a discussion on compulsory military service. However, Latvian Defense Minister Raimonds Bergmanis (a member of the Green Party) recently said that his country currently cannot afford the restoration of the draft. “Compulsory military service requires significant financial resources, infrastructure and people who are trained. We do not have enough of these people, and we lack training space and facilities,” he stated (TVNET, April 11).

Such pessimistic statements on resources and public finances notwithstanding, Latvia’s defense budget will be increased to 2 percent of GDP by 2018, according to the newly approved State Defense Concept. This document further states that the Latvian Armed Forces in peacetime will number 17,500 men—including 6,500 soldiers in the professional military service, 8,000 National Guard troops and 3,000 reserve soldiers. Moreover, 20 percent of the defense budget will be earmarked for the purchase of new equipment (Sargs.lv, May 24).

The new Concept also formulates defense priorities for the future, such as strengthening the operational capability of the National Armed Forces, the further integration of the National Guard within the Armed Forces, strengthening the Special Tasks Unit (special operations forces), as well as boosting early-warning capabilities, airspace surveillance and air defense. Finally, the document emphasizes the integration and regional cooperation of the three Baltic States’ militaries.

Though some experts question how well thought-out such proposals actually are. “It is a bit strange that the government so easily added National Guardsmen to the total number of Armed Forces, even though officials are not entirely clear about the exact capacities of the National Guard. To some extent, it appears that the country’s defense capabilities of manpower and willpower are a bit exaggerated. It would be good [for lawmakers debating such issues in the parliament] to take a somewhat more scrupulous look at the actual situation,” suggests Andžāns (Diena, May 24).

One way or another, the new State Defense Concept sets out the Latvian government’s goals toward a stronger national defense as well as articulates its ambitions toward NATO. The debates this important document addresses are currently being discussed not only by Latvian politicians but also the North Atlantic Alliance at large. 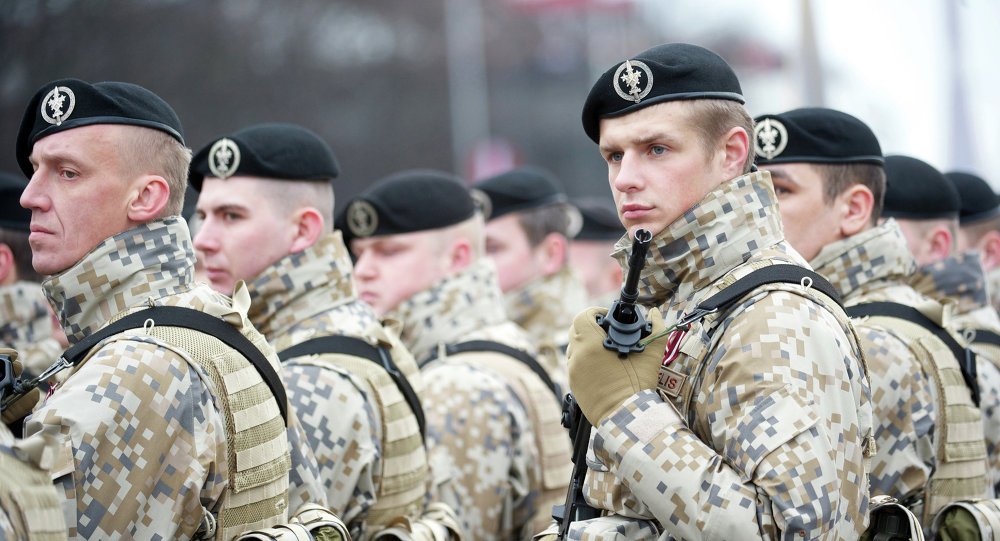 Back
Ukraine Insists on International Police ..Next
Sufi-Salafist Tension Rises as Insurgent..