The top leaders of Russia, Germany, France and Ukraine (the “Normandy Group”) conferred by telephone on the night of May 23–24, at Ukrainian President Petro Poroshenko’s initiative. Poroshenko sought an endorsement of Kyiv’s proposal for the Organization for Security and Cooperation in Europe (OSCE) to create and deploy an armed police mission in the secessionist Donetsk-Luhansk territory. The Ukrainian presidency’s long communiqué indicated that the other three leaders had assented to consider this proposal in their Normandy format. However, German Chancellor Angela Merkel’s and French President Francois Hollande’s curt communiqués did not mention this issue; instead, they urged Ukraine to go along with “elections” that are planned to be held in that territory (Ukrinform, Bundeskanzlerin.de, Elysee.fr, May 24). While Kyiv regards an international police mission as one of the many prerequisites to those elections, the responses from Berlin and Paris indicate that they do not. For its part, the Kremlin is orchestrating opposition to the Ukrainian initiative (see below).

The Normandy Group’s ministers of foreign affairs had turned down the Ukrainian initiative for an armed police mission at their meeting in Berlin on May 11. The Russian, German and French ministers countered with a proposal to slightly enlarge the OSCE’s existing Special Monitoring Mission (SMM, entirely unarmed and mostly civilian). Russia, however, is using its blocking power in the OSCE to keep the SMM pathetically inadequate to its monitoring tasks in the Russian-controlled territory (see below); while the Western logic remains that the SMM (like its parent, the OSCE) is better than nothing (see EDM, April 20, May 20).

Poroshenko’s persistence and Ukrainian follow-up actions indicate that Kyiv has not taken that “no” for an answer. The Berlin meeting’s result notwithstanding, Poroshenko appealed to Merkel and Hollande by telephone for support on May 20, ahead of the May 23–24 quadripartite discussion with Putin. The Ukrainian president explained the necessity of a mission adequately sized, armed and equipped, with a mandate to perform police functions and monitor ceasefire compliance throughout the territory, and capable of deploying along the Ukraine-Russia border. Apart from those functions, Poroshenko argued that an international armed police mission is indispensable to holding elections in the Russian-controlled territory. He appealed to Merkel in particular to work through the OSCE’s 2016 German chairmanship to draft an adequate mandate for such a mission (Ukrinform, May 21).

Foreign Affairs Minister Pavlo Klimkin has disclosed some elements of the Ukrainian proposal and began (on May 25, in Paris) a tour of Western capitals to promote it. The proposed mission would not and could not be a revamped SMM, since the latter has no mandate to provide security, no self-protection capabilities or enforcement powers, limited mobility, restricted access, insufficient manpower, and cannot operate at night in critical locations.

The proposed armed police mission would be a new one, albeit still an OSCE-mandated mission. It would be authorized to move everywhere without restrictions; operate along the demarcation line (frontline cutting across Ukrainian territory), at any location within the secessionist territory, and along the secessionist-controlled section of the Ukraine-Russia border, 24 out of 24 hours; it would be tasked to stop the cross-border flow of Russian military equipment and personnel to secessionist forces; and would ultimately monitor the withdrawal of Russian weaponry and troops across the same border under a negotiated time-table (UNIAN, May 25).

Kyiv envisages the mission as equipped with armored personnel carriers, light weapons, and modern surveillance equipment. According to Ukrainian officials speaking on background, Kyiv hopes for an 11,000-strong contingent, but expects Moscow to accept only a fraction of that number, if it comes to bargaining at the OSCE in Vienna (Dzerkalo Tyzhnia, May 20–27).

The mission’s main tasks (as presented) relate to post-conflict stabilization and a general provision of security. Policing those putative elections would become a by-product of this mission; and the mission’s duration (as proposed) is not linked to those elections either.

Apart from those tasks, the proposed mission would provide basic security with police functions in the run-up to, during, and after the putative elections in the secessionist-controlled territory. The mission would stay “until the normalization of life” there. In Klimkin’s public presentations (as in Poroshenko’s to the “Normandy” leaders), the international police mission is partly linked to those elections: “Free and fair elections are out of the question without such a mission.” But that link is thin, and far from indispensable.

However thin and dispensable, that link seems designed to elicit the “Normandy” powers’ endorsement of such a mission. Russia, Germany and France are keen (albeit to varying degrees) for “elections” to be held in the secessionist-controlled territory as soon as possible, even without an international police presence. Ukraine, however, has set legal and democratic preconditions to its assent. The international police presence is only one of those prerequisites. Kyiv’s proposal suggests that it could legalize the holding of those elections, indeed enter Ukrainian candidates with chances to win, provided that its preconditions are met, starting with an OSCE armed police mission with a strong mandate and large contingent.

As summed up by Ukraine’s deputy prime minister for European and Euro-Atlantic Integration, Ivanka Klympush-Tsintsadze: if the “Normandy” powers want elections held in that territory, they must agree to create the prerequisites, including an international police mission (Ukrinform, May 24). Implicitly: no mission, no elections. Conversely, Berlin and Paris apparently consider endorsing a modest police mission, if firmly linked to those elections. Their message: no elections, no police mission. 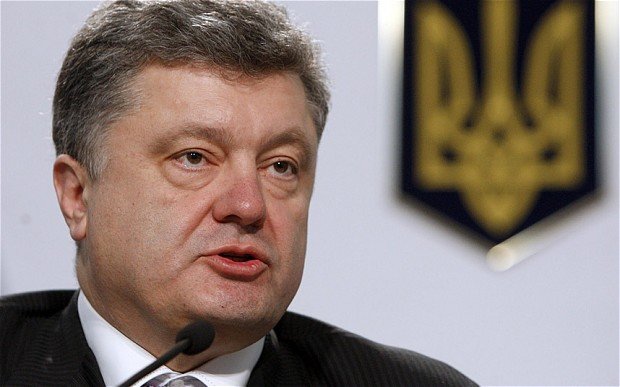 Back
Kyrgyzstan’s Capacity to Meet Its CASA..Next
Inside Latvia’s New State Defense Conc..