Ukraine is asking for an international, armed police mission under Organization for Security and Cooperation in Europe (OSCE) auspices, to be deployed in the secessionist Donetsk-Luhansk territory. Russia and its local proxies hold the monopoly on military presence and policing in that part of Ukraine. And Russia holds veto power in the OSCE itself. In these circumstances, Kyiv’s call is a desperate one but also a smart move. It draws attention to the utter lack of security for the local “elections” that the Minsk armistice requires Ukraine to authorize in the Russian-controlled Donbas (Donetsk-Luhansk) region.

As Moscow’s nominees are set to “win,” Kyiv is stalling on those elections. But Kyiv is being warned that its stalling could provide cause for easing the European economic sanctions on Russia, come July. This could weaken the restraints on Russian hostile actions. Ukraine is the legal sovereign in this territory, but is excluded from policing it during the proposed elections (and would be excluded definitively, once the elections legitimize Russia’s nominees). Kyiv’s counter-message is that a proper security environment must first be put in place; namely, by an international armed police mission. And this being the OSCE, it could take some time.

Russian President Vladimir Putin would accept a cosmetic and temporary OSCE police mission in the Russian-controlled territory. In his annual phone-in dialogue with Russia’s citizens on April 14, Putin claimed that he had “recently” discussed this matter with Ukrainian President Petro Poroshenko by telephone. Putin noted that Kyiv invokes ceasefire violations as an excuse for stalling the “elections” in Donetsk-Luhansk. Purporting to summarize Poroshenko’s proposal, Putin magnanimously consented to a “significant increase in the number of OSCE personnel, including armed ones, as ceasefire observers along the demarcation line.” Russia will next discuss the proposed change with “Western partners” at the OSCE (Kremlin.ru, Interfax, April 14, 15).

Putin misrepresented Poroshenko’s proposal, however. It is not about adding some armed ceasefire observers to the unarmed ones along the demarcation line. In fact, Kyiv proposes an armed police mission to provide security during the proposed elections, throughout this Russian-controlled territory (see below). Putin omitted the explicit link to the proposed elections. And he committed an indiscretion by disclosing a purported phone call with the Ukrainian president. Kyiv had not “recently” announced any Poroshenko-Putin call; but neither did Kyiv deny Putin’s claim afterward. Possibly, Putin exposed a direct channel to embarrass the Ukrainian president.

German Chancellor Angela Merkel and French President François Hollande jointly called Poroshenko the next day after Putin’s disclosure. Poroshenko explained to Merkel and Hollande, according to the Ukrainian presidency’s account: “One can hardly consider the possibility of holding local ‘elections’ [in the Russian-controlled territory] without security in general, and without an OSCE armed police mission in particular.” The three interlocutors “exchanged views about the prospects of introducing an OSCE police mission.” Poroshenko pleaded for continuing economic sanctions on Russia while Ukraine stalls those “elections” (President.gov.ua, Ukrinform, April 15).

Merkel’s and Hollande’s press releases on that call, however (Bundeskanzlerin.de, Elysee.fr, April 15), mentioned neither an OSCE police mission nor Poroshenko’s plea for sanctions on Russia. Their first omission reflects the impulse to rush those “elections,” without the further delays that a qualitatively new OSCE mission (or perhaps any serious safeguards) would entail. The second omission suggests obliquely what some Western diplomats currently tell Kyiv directly (e.g., during last week’s Kyiv Security Forum): for European sanctions on Russia to be renewed in July, Kyiv must concede on “elections” and a political status to Russia’s proxies.

Following Putin’s misinformation and the Merkel-Hollande apparent demurral, Kyiv officials made public their basic concept for an OSCE armed police mission. Ukraine’s Foreign Affairs Minister Pavlo Klimkin had first introduced this concept at the “Normandy” group’s (Russia, Germany, France, Ukraine) ministerial meeting in Paris on March 4. Poroshenko referred the proposal to the OSCE’s German chairmanship on April 2. Russia as well as the Donetsk-Luhansk “people’s republics,” however, turned it down immediately during the Minsk Contact Group’s April 6 meeting, the latest held to date.

For minimally credible elections to be held, an international police force must ensure public order and safety during the pre-election campaign and the balloting. Kyiv suggests that the OSCE should mandate an armed police mission. The mission would protect candidates and voters as well as international observers from intimidation and violence during the pre-election campaign, guard polling stations and the ballot boxes, and would be authorized to patrol and move freely throughout the territory.

According to Ukraine’s representative within the Minsk Contact Group, Roman Bessmertniy, such a police mission should be involved in both election-related phases that are currently under discussion. In the first phase, an OSCE-authorized international team would visit this territory to certify (determine whether) the prerequisites to holding free and fair elections exist or not. The elections themselves would be the next, main phase. Kyiv’s representatives, moreover, argue that the proposed armed police mission would remain necessary in the post-election period also (if elections are ultimately held) (Segodnya, April 18).

Kyiv argues that elections as prescribed by the Minsk armistice (conforming with international standards, monitored by the OSCE’s specialized election-observation agency) would be vitiated from the outset, if held in the lawless environment of those two “people’s republics” and policed by their “people’s militias.”

On an elementary practical level, Kyiv argues that no international civilian presence could properly function in the secessionist territory without armed protection. The OSCE’s Special Monitoring Mission (SMM), an unarmed civilian mission monitoring the ceasefire, is regularly threatened, intimidated and denied access by the Donetsk-Luhansk “people’s militias” (themselves fronting for Russia). SMM personnel are instructed to leave the scene immediately when the first warning shot is fired. The OSCE’s Office for Democratic Institutions and Human Rights (ODIHR) is known to be concerned that its election observers would face similar challenges, if dispatched to observe “elections” there. Risks to life and limb and the lack of security make it difficult to recruit SMM and ODIHR personnel for unprotected civilian missions in this territory. Kyiv’s case for an international armed police mission is hard to refute on that level.

Politically, Kyiv’s proposal for an OSCE armed police mission is a last-ditch attempt to deny Russia a full monopoly on force in this legally Ukrainian territory. The West has practically conceded that monopoly to Russia in all of the other “frozen” (conserved) conflicts. Kyiv regards the discussions about “elections” in this territory as a chance to bargain for an international armed police mission. Admittedly this is a poor substitute for a UN peacekeeping contingent or an EU mission, which Ukraine has requested and been denied since 2014.

Diplomatically, insistence on organizing an OSCE armed police mission—complex and time-consuming—can be seen as a tactic on Kyiv’s part to delay “elections” in the Russian-controlled territory. Western diplomacy, unable to hold Russia to its responsibilities under the Minsk armistice (vaguely formulated for Russia), has turned around to hold Ukraine to its Minsk “obligations” (clearly formulated for Ukraine). Moreover, the OSCE’s German chairmanship seems prepared to risk ODIHR’s reputation through a passing mark for Donetsk-Luhansk “elections,” if these are held. In such circumstances, Kyiv is naturally playing for time. 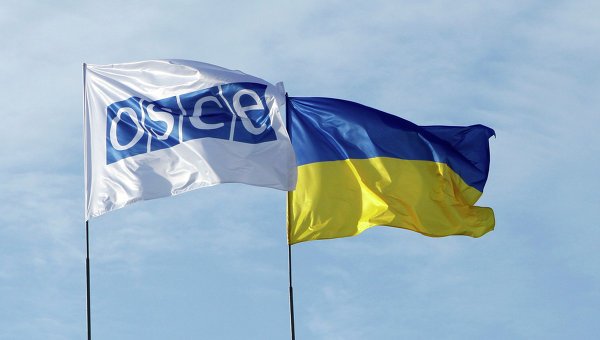 Back
Lukashenka in Turkey: Establishing Econo..Next
Police Mission in Ukraine’s East: An O..

The Jamestown Foundation was proud to host a webinar on... END_OF_DOCUMENT_TOKEN_TO_BE_REPLACED

Jamestown Foundation Analyst Richard Arnold was interviewed by PolitiFact for a story on the Lie of the Year 2022, or Putin’s long list of lies... END_OF_DOCUMENT_TOKEN_TO_BE_REPLACED

The February 2019 Issue of Militant Leadership Monitor features a brief on the elimination of a top al-Qaeda financier and strategist in the Sahara/Sahel, Yahya Abu al-Hammam; an exclusive analysis of the Ughyur insurgent commander haunting China in Afghanistan, Haji Furqan; an in-depth look into JeM leader and the... END_OF_DOCUMENT_TOKEN_TO_BE_REPLACED