In Kabardino-Balkaria, as in other republics of the North Caucasus, public debate intensifies from time to time regarding republican residents going off to fight in the Syrian civil war on the side of the rebels. But at the same time, the republic is still dealing with the remaining members of Yarmuk, Kabardino-Balkaria’s home grown Islamist opposition group. According to the head of the republican branch of the Federal Security Service (FSB), Oleg Usov, the security services killed one leader and three active members of the armed underground movement in the republic since January 2016. From the beginning of this year, the police have been cracking down on sympathizers and secret supporters of the armed underground movement. Overall, 29 people have been detained (Vestnik Kavkaza, April 19).

But the authorities are more concerned about the flow of young people from Kabardino-Balkaria to Syria, to fight against President Bashar Assad’s forces, than they are about the rebels at home. Official reports say that the authorities prevented two people from leaving Kabardino-Balkaria for Syria. The authorities claim that the flow of recruits from the republic to the Middle East has dried up in 2016, and the FSB has not found a single person who wanted to go to Syria this year. The primary flow of radicals to Syria took place in 2014–2015, when about 140 people from the republic went to the Middle East, according to the officials (Rusplt.ru, April 20). The figure includes only those identified by the government as militants and put on the wanted list. The republican branch of the FSB reported that since the start of this year, it has detained two people who returned from Syria and killed another suspect (RIA Novosti, April 19). It appears that the flow of the militants has changed direction, with militants now returning to the North Caucasus from Syria and causing concern on the part of the authorities in Moscow.

The governor of Kabardino-Balkaria, Yuri Kokov, says that the threat of militants returning from Syria is real. “The increased activities of the international extremist and terrorist groups to recruit Russian citizens for participation in armed conflicts demand coordinated actions for the timely discovery and blocking the outward routes of Kabardino-Balkarian residents who are preparing to participate in terrorist and extremist activities,” Kokov said (Interfax, April 20).

While terrorism-related crimes have declined, “the level of the terrorist threat in the republic remains high,” Kokov said. The Kabardino-Balkarian governor signed a decree establishing a commission for the adaptation of ex-militants to civilian life. The head of the Council for the Economic and Public Safety of Kabardino-Balkaria, Alik Yemkuzhev, was named head of the newly established commission (Kavtoday.ru, April 22).

Moscow’s plan for countering the armed resistance in Kabardino-Balkaria also has a role for the republic’s Spiritual Board of Muslims. The official clerics, however, receive little respect from the local Muslims because they are perceived as puppets of the authorities. The opinions, actions, and calls of the official clerics are aimed at impressing the government, which pays their salaries. For example, the Spiritual Board of Kabardino-Balkaria decided to deliver a sermon to all of the republic’s mosques. The subject of the officially approved sermon was the harmful nature of the outflow of young people to Syria. On April 19, the mufti of Kabardino-Balkaria, Khazrataliy Dzasezhev, held a session of the Council of Ulema (Muslim scholars) during which all the participants unanimously adopted an appeal to the residents of the republic. The appeal was then broadcast in lieu of Friday prayers on April 22 (Interfax, April 22).

In the opinion of the official Muslim clerics of Kabardino-Balkaria, some Russian citizens, “including some Muslim youth, are attracted to the Islamic State.” The appeal also states that “practically all Muslims reject the interpretation of religion that is accepted among members of the Islamic State.” The clerics called on the residents of the republic to be “more attentive to the religious information” they receive and noted that “the recruiters act according to the well-known methods of totalitarian sects that are seeking followers” (Kavkazsky Uzel, April 22).

Thus, the Kabardino-Balkarian authorities will report that from April 19 to April 22, they held mass events to prevent young people in the republic from joining the local armed underground movement and the Islamic State. This report, however, is unlikely to stem the spread of jihadism among the young generation of Muslims in the republic. 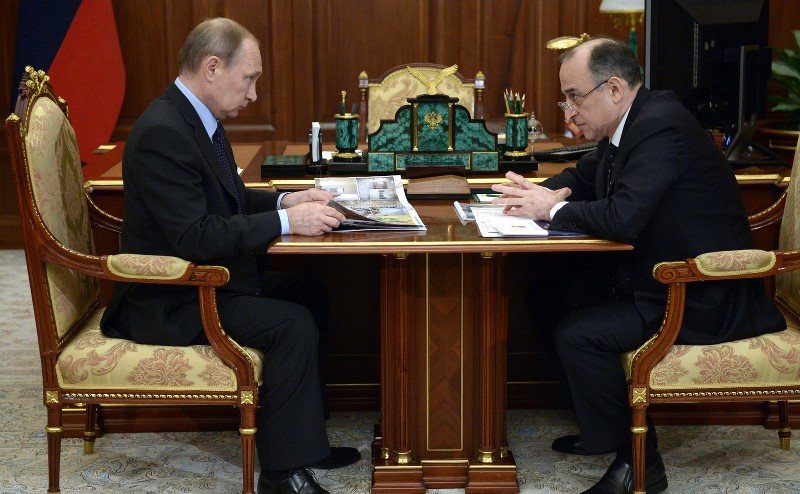 The Jamestown Foundation was proud to host a webinar on... END_OF_DOCUMENT_TOKEN_TO_BE_REPLACED

Jamestown Foundation Analyst Richard Arnold was interviewed by PolitiFact for a story on the Lie of the Year 2022, or Putin’s long list of lies... END_OF_DOCUMENT_TOKEN_TO_BE_REPLACED

On April 15, The Jamestown Foundation held a conference on Yemen on the Brink: Implications for U.S. Security Interests in the Horn of Africa at the Carnegie Endowment for International Peace in Washington, DC. The full-length DVD covers the entire conference proceedings, which includes keynote speakers: Ambassador Daniel Benjamin,... END_OF_DOCUMENT_TOKEN_TO_BE_REPLACED