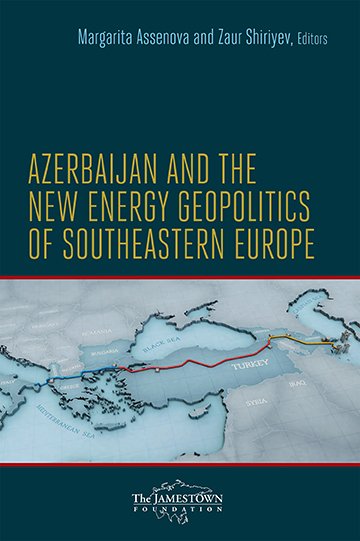 Azerbaijan and the New Energy Geopolitics of Southeastern Europe

Azerbaijan and the New Energy Geopolitics of Southeastern Europe, edited by Margarita Assenova and Zaur Shiriyev, comes at a critical time when concerns about energy security are growing in the midst of military, economic and energy conflicts in East and Southeastern Europe. As the construction of the Southern Gas Corridor from Azerbaijan to Europe is advancing, natural gas from the Caspian region will challenge the gas monopoly of any single supplier in Southeastern Europe, thus changing the geopolitical landscape in the region.

Structured as an edited volume of ten essays, this book enhances our understanding of Southeastern Europe’s energy security and the potential impact of the Southern Gas Corridor. Since channeling Caspian gas to Europe is an essential part of Azerbaijan’s national strategy, the book also analyzes Baku’s foreign policy and investment pursuits in Southeastern Europe.

The book focuses attention on Azerbaijan’s aspiring role as an energy supplier and contributor to energy security in Southeastern Europe, its evolving relations with countries in the region—from Greece to Croatia—and consequently Baku’s expanding relations with the European Union and the United States.

The Reform of Russia's Conventional Armed Forces: Problems, Challenges and Policy Implications, traces the complex origins of the reform, its numerous twists and assesses the key challenges it faces. Roger N. McDermott examines the obstacles confronting the Russian defense planners as they seek to transform... MORE
$24.95 – $39.95 Select options
S. Enders Wimbush and Elizabeth M. Portale, editors Foreword by Paul A. Goble Russia is in precipitous decline, which is unlikely to be reversed. Based on the research of Russian and American experts, this conclusion constitutes the bottom line of this short volume and research... MORE
$24.95 – $34.95 Select options
In Volatile Borderland: Russia and the North Caucasus, The Jamestown Foundation presents a collection of essays by leading experts on the North Caucasus that allows for an in-depth look at the key developments, movements and personalities that have shaped the region since the start of the... MORE
$24.95 – $39.95 Select options
*A free e-book of this title is available for download below. Russia’s attack on Ukraine and the dismemberment of its territory is not an isolated operation. It constitutes one component of a broader strategic agenda to rebuild a Moscow-centered bloc designed to compete with the... MORE
Select options

The Jamestown Foundation was proud to present an online webinar event, “The... END_OF_DOCUMENT_TOKEN_TO_BE_REPLACED

Jamestown Non-Resident Fellow Matthew Brazil was quoted by Newsweek in a recent article, “Chinese Spies Pose Unprecedented Threat to US Beyond Elections to Mass Infiltration... END_OF_DOCUMENT_TOKEN_TO_BE_REPLACED

The Jamestown Foundation’s first Quarterly Special Report of 2016 focuses on the crisis in Yemen, with chronological articles, briefs, and militant profiles detailing the intensification of political tension and violence in Yemen since December of 2013. END_OF_DOCUMENT_TOKEN_TO_BE_REPLACED