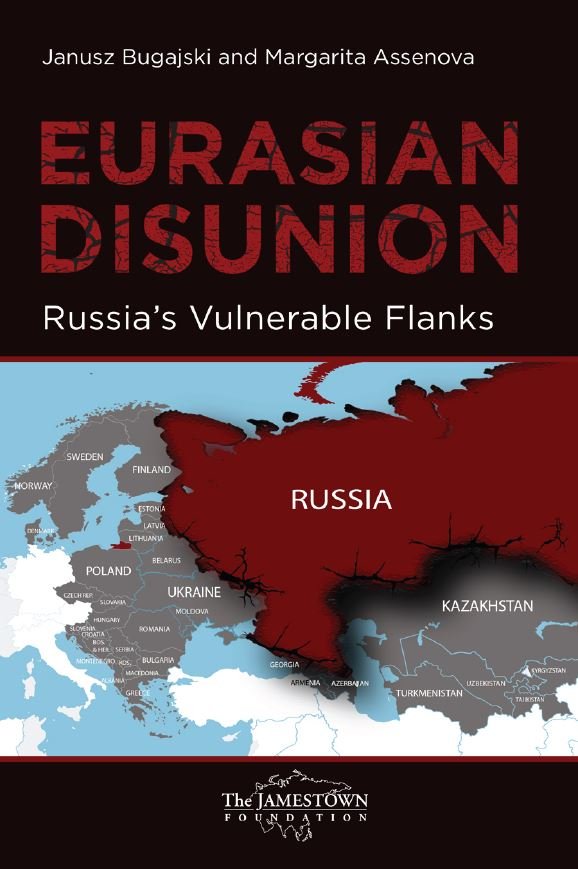 *A free e-book of this title is available for download below.

Russia’s attack on Ukraine and the dismemberment of its territory is not an isolated operation. It constitutes one component of a broader strategic agenda to rebuild a Moscow-centered bloc designed to compete with the West. The acceleration of President Vladimir Putin’s neo-imperial project has challenged the security of several regions that border the Russian Federation, focused attention on the geopolitical aspects of Kremlin ambitions, and sharpened the debate on the future role of NATO, the EU, and the US in the Wider Europe.

This book is intended to generate a more informed policy debate on the dangers stemming from the restoration of a Russian-centered “pole of power” or “sphere of influence” in Eurasia. It focuses on five vulnerable flanks bordering the Russian Federation – the Baltic and Nordic zones, East Central Europe, South East Europe, South Caucasus, and Central Asia. It examines several pivotal questions including: the strategic objectives of Moscow’s expansionist ambitions; Kremlin tactics and capabilities; the impact of Russia’s assertiveness on the national security of neighbors; the responses of vulnerable states to Russia’s geopolitical ambitions; the impact of prolonged regional turmoil on the stability of the Russian Federation and the survival of the Putinist regime; and the repercussions of heightened regional tensions for US, NATO, and EU policy toward Russia and toward unstable regions bordering the Russian Federation.

The Reform of Russia's Conventional Armed Forces: Problems, Challenges and Policy Implications, traces the complex origins of the reform, its numerous twists and assesses the key challenges it faces. Roger N. McDermott examines the obstacles confronting the Russian defense planners as they seek to transform... MORE
$24.95 Select options
In Conflict Zones, Janusz Bugajski enhances our understanding of the causes and consequences of the current conflicts in the North Caucasus and extrapolates likely scenarios in the region’s development. He compares and contrasts conditions in the North Caucasus with the former Yugoslav federation in the... MORE
$20.00 – $25.00 Select options
For over two decades, the People's Republic of China has been engaged in a grand project to transform its military into a modernized fighting force capable of defeating the world's most powerful militaries through asymmetric means. However, despite the considerable attention that has been devoted... MORE
$24.95 Select options
There is an outpouring of reporting on Russian activities in Syria, and to a lesser degree other countries in the Middle East and North Africa. But until now, there has been no single effort to analyze the totality of Russian objectives there as well as... MORE
$24.95 Select options

The Jamestown Foundation was proud to host a conference on... END_OF_DOCUMENT_TOKEN_TO_BE_REPLACED

On June 6, Jamestown’s President Glen E. Howard was quoted by Task and Purpose in an article on Russia’s Chechen fighters in Ukraine. END_OF_DOCUMENT_TOKEN_TO_BE_REPLACED

On June 19, 2012, The Jamestown Foundation held a conference on Boko Haram entitled “Threats to Nigeria’s Security: Boko Haram and Beyond” at the Carnegie Endowment for International Peace in Washington, DC. This report consists of select conference proceedings from the panel entitled, “Instability in Nigeria: The Domestic Factors”... END_OF_DOCUMENT_TOKEN_TO_BE_REPLACED