Kenya has announced a plan to close its Dadaab refugee camp, the world’s largest refugee settlement, hoping such a move will end attacks by al-Qaeda-linked al-Shabaab fighters, who Nairobi has long claimed have infiltrated the settlement.

Since Kenyan troops rolled into Somalia to fight al-Shabaab in 2011, terror attacks in the country have increased, with the al-Shabaab militants targeting government installations and police facilities, as well as soft targets such as churches. (The Star, March 13; Daily Nation, September 29, 2015).

Kenya has experienced more than 100 terror attacks since its troops moved into Somali, with incidents in the capital Nairobi, the majority Muslim areas in the coastal region, the cities of Mombasa and Lamu, and the northeastern region towns of Garissa, Mandera and Wajir (The Standard, August 2014). Officials claim many of these attacks were planned in Dadaab, and for several years Nairobi has warned the camp has become a security threat and an al-Shabaab recruitment ground.

As a consequence, Kenya intends to close the camp and repatriate the hundreds of thousands of displaced Somalis who have congregated there (Business Daily, May 11). Officials say the plan will see the camp closed by November, with its refugee population repatriated either to Somalia or any third-party country that will accept them, an exercise that is expected to cost nearly 20 billion Kenyan Shillings ($198 million) (The Star, June 24).

Kenya has already allocated funds to the project, but the timetable appears ambitious. Moreover, if handled incorrectly, closing Dadaab could send a flood of desperate people into the arms of al-Shabaab recruiters.

Dadaab was established 25 years ago by the United Nations High Commission for Refugees (UNHCR), which built Dadaab as a complex of three camps – Dagahaley, Hagadera and Ifo –in a desert area just 80km from the border with Somalia. The UNCHR continues to run the camp with funds sourced from the international community.

The three camps were built to accommodate thousands of Somali refugees fleeing the outbreak of clan violence that ensued in the wake of the collapse of Somali President Mohamed Siad Barre’s government. Two other camps, Ifo II and Kambios, were opened in 2011 to accommodate the arrival of another 130,000 refugees fleeing severe drought, as well as the onslaught of the then-emergent al-Shabaab.

Daily arrivals of an estimated 1,000 migrants swelled the camp. Today it is home to an official population of 320,000 refugees and, by some estimates, contains as many as 600,000 people when itinerant family members are included (The Standard, May 10). The camp is now considered Kenya’s fourth largest city.

The government says the camp’s size has made it an economic and environmental burden on Kenya, although Kenya meets only a small fraction of Dadaab’s running costs. Furthermore, a 2010 economic report, jointly sponsored by the Dutch, Norwegian and Kenyan governments, found the camp provided its host community with an economic bonus equivalent to $14 million annually. [1]

For months political leaders, particularly from Garissa County where Dadaab is situated, have been calling for Daddab to be closed (Daily Nation, April 6, 2015). Nairobi alleges al-Shabaab sneaks its intelligence agents, members of its amniyat unit, into the camp posing as refugees and then uses it as a recruiting ground to radicalize young refugees for suicide missions in Kenya and to fight in Somalia (Daily Nation, June 22). According to Kenyan officials, the camp is also a conduit for arms trafficking and a smuggling route for contraband goods, which eventually find their way to the East African market (Capital FM, May 11).

These concerns are set against a backdrop of deadly attacks in Kenya. In April 2015, four gunmen believed to belong to al-Shabaab’s Jabha Unit attacked Garissa University College, killing 148 people and wounding 79. The victims were mainly Christian students. The attack occurred as security agencies were still trying to unravel the earlier Westgate shopping mall attack from September 2013, which saw gunmen sent by the militant group open fire in the upmarket shopping center in Nairobi’s Parklands area, killing 67 people and injuring more than 175. Al-Shabaab has also carried out a host of smaller attacks in the north, along the border with Somalia, and in the coastal region, including an attack in Lamu in which 85 people were killed (The Star, July 4).

Senior government and security officials say these attacks, including the Garissa University and Westgate Mall attacks, were planned inside the camp (Capital FM, May 11).

Despite the security concerns, Kenya’s decision to close the camp is controversial. The Somali government has criticized the plan, saying it will badly affect the refugees and heighten the threat of terrorism in Somalia and Eastern Africa (Citizen TV, May 12). The international community has also indicated its discomfort, cautioning such a move would go against international law and endanger the lives of the refugees (Daily Nation, June 18). Meanwhile, international NGOs and refugee rights groups have urged Kenya to reconsider, arguing the situation in Somalia is too unsafe for resettlement (SABC, June 14).

That rings somewhat false as, since November 2013, there has been a tripartite agreement in place between Kenya, Somalia, and the UNHCR, intended to encourage the voluntary return of refugees by promising support for returnees. Kenya, though, has grown frustrated at the slow pace of repatriation, saying only a few refugees have taken advantage of the offer (Daily Nation, May 7; Daily Nation, April, 2015).

Now, with plans for the camp to be closed, Kenya has disbanded the Department of Refugee Affairs (DDR) and set up a National Task Force on the Repatriation of the Refugees (Africa Press Organization, April 22), (The Standard, May 14).

Kenya appears to believe that by closing the camp it is taking care of one of its security challenges and will be able to at least limit al-Shabaab attacks in the country. It hopes that closing the camp will cut-off the flow of al-Shabaab militants and intelligence agents who have infiltrated Dadaab. It also believes it is cutting off a route for the smuggling of arms and ammunition from Somalia into Kenya.

Kenya’s strategy more generally has been to create a security buffer zone near the border in Southern Somalia to check al-Shabaab infiltration. Five-years of military intervention has secured large swathes of Southern Somalia, and nearly 10,000 acres in Jubaland has been set aside for resettlement (The Standard, June 15). Kenyan officials believe the area could become home to the returnees and effectively extend the potential buffer zone (Somalia Report, October 24, 2011; Capital FM, March 23, 2015).

Closing the camp also risks driving desperate returnees to Somalia into the arms of al-Shabaab. Homeless and desperate, they could be easy prey for the group‘s recruiters promising a purpose and financial support.

On the other hand, if the repatriation is carried out effectively, the influx of potential workers to Somalia could see the refugees become economic agents whose industry could help end Somalia’s circle of poverty and insecurity.

With Kenya set on closing the camp, the challenge will be for Kenya, Somalia and the international community to carry out the relocation with sensitivity. If they fail, it could turn the closure of the camp into a crisis that threatens the security of the whole region.

[1] See ‘In Search of Protection and Livelihoods: Socio-economic and Environmental Impacts of Dadaab Refugee Camps on Host Communities’, (September, 2010) http://reliefweb.int/sites/reliefweb.int/files/resources/C477129C7D41DCFB852577B3006B2818-Full_Report.pdf 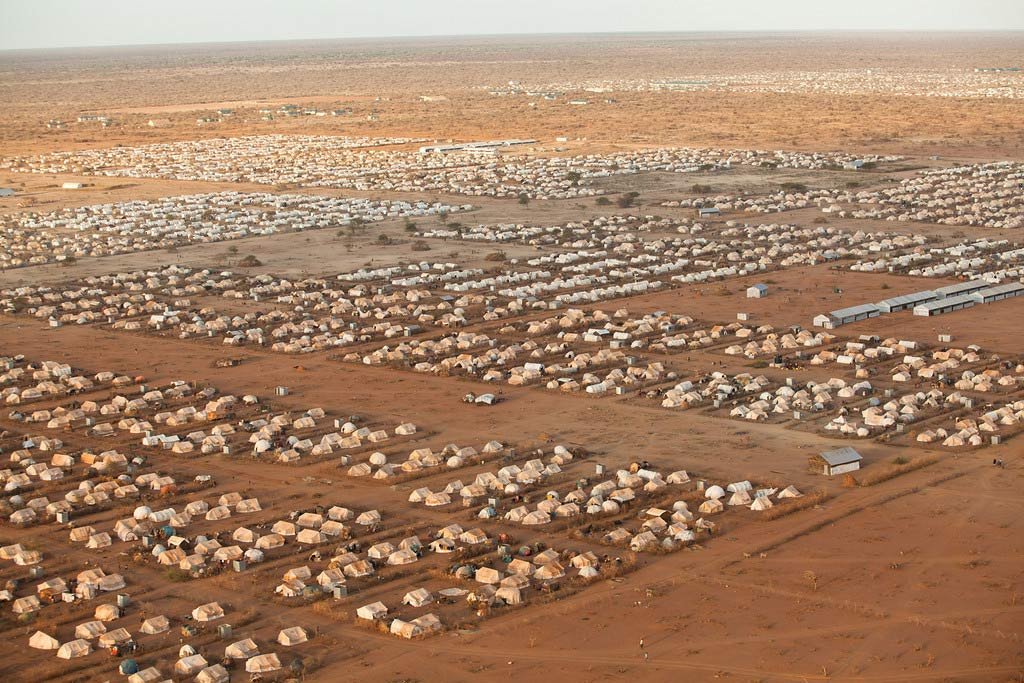 Back
India Treads a Delicate Line With State-..Next
Foreign Assets Under Threat: Is AQIM Pre..

The Jamestown Foundation is proud to present a webinar on China’s... END_OF_DOCUMENT_TOKEN_TO_BE_REPLACED

On May 11, A News interviewed Jamestown Analyst Mykola Vorobiov about the current state of Russia’s invasion of Ukraine. END_OF_DOCUMENT_TOKEN_TO_BE_REPLACED

The Jamestown Foundation offers a glimpse at Chinese responses to the rise of “cyber-war.” While the rise of computer network exploitation has opened new opportunities for China to gather intelligence—and exposed U.S. government agencies and corporations to risks of espionage—Chinese planners are keenly aware of China’s own vulnerabilities. Viewing... END_OF_DOCUMENT_TOKEN_TO_BE_REPLACED