The Lezgin ethnic group has been divided between southern Dagestan, in Russia, and northern Azerbaijan since the breakup of the Union of Soviet Socialist Republics (USSR). Although the division between the Lezgins during the Soviet period was purely formal, after the demise of the Soviet Union in 1991 and the restoration of Azerbaijan’s independence, the Lezgins were faced with being divided between two separate countries. Nobody but the Lezgins cares about this divided status, and they blame both Moscow and Baku for their travails (Lezgistan.tv, March 19, 2012). The Lezgins would like to create autonomous zones on both sides of the Russian-Azerbaijani border, in the areas where they are concentrated (Lenta.ru, March 21). Lezgin activists have been trying to raise the issue at the international level, engaging in discussions at the Organization for Security and Cooperation in Europe (OSCE) and the United Nations (Onkavkaz.com, October 21, 2015).

The latest census in Russia put the number of Lezgins in the country at 473,722 (Gks.ru, 2010), while approximately 200,000 Lezgins reside in Azerbaijan (Demoscope.ru. March 12, 2001). Despite their small numbers, the Lezgins are well represented in the government of Dagestan and Azerbaijan, but they consider their representation as insufficient.

The death of the leader of the international Lezgin movement “Sadval,” Nazim Gajiev, shows that being the leader of a Lezgin organization is difficult and dangerous. Gajiev was found stabbed to death in his apartment in Dagestan’s capital Makhachkala on March 20 (Kavkazsky Uzel, March 21). Gajiev was born in Dagestan, in 1944. In 1967, he set up an organization called the Lezgin Autonomous Republic (LAR), which remained active until 1976. At the beginning of the 1990s, the Lezgin activist became a member of the board of the Sadval movement and chairman of its committee for ethnic affairs. Since its inception in 1991, the Sadval organization has advocated strongly for the unification of Lezgins across the Russian-Azerbaijani border. Analysts, including Lezgins, are cautious about drawing conclusions about the reasons for Gajiev’s murder, since they do not rule out non-political reasons for the crime (Onkavkaz.com, March 21).

However, some experts insist the Lezgin leader was assassinated for political reasons. The chairman of the Coordination Council of Nonprofit Organizations of Dagestan, Shamil Khadulaev, thinks the murder was scheduled to coincide with the Nowruz holiday, which Lezgins, unlike the other ethnic groups in Dagestan, widely celebrate. Moreover, Khadulaev is one of the few experts who has tied Gajiev’s murder to the death of the previous leader of Sadval organization, Ruslan Magomedragimov. The previous leader of the organization was also killed on Nowruz in 2015 (Lezgi-yar.ru, March 22). The then Sadval leader Ruslan Magomedragimov was found dead next to his car in the city of Kaspiisk on March 24, 2015. The crime was not solved, but the members of Sadval are convinced that their leader was murdered. In particular, they say there were needle marks on Magomedragimov’s neck. In any case, the death of two leaders of the same organization within one year has raised questions among its members. The Azerbaijani authorities accused Sadval of organizing a terrorist attack in the Baku metro back in 1994, which killed 14 people and wounded 49. Authorities in Baku strongly dislike Sadval, even though it became known four years ago that Sadval was reportedly not involved in the 1994 Baku terrorist attack (Lezgistan.tv, October 7, 2012). Thus, the announcement by Lezgin activists in 2012 that they were relaunching Sadval caused Azerbaijani authorities some distress (Echo.az, July 27, 2012).

The Lezgins are both an ethnic and a religious minority in Azerbaijan. Lezgins are Sunni while the majority of Azerbaijan’s population is Shia. Furthermore, the salience of Islam is growing among the Lezgins, which creates potential risks for both Moscow and Baku (Caucasustimes.com, July 8, 2012).

An ethnic Lezgin, Ilgar Mollachiev (a.k.a. amir Abdul-Majid) led the Islamist armed underground movement in Dagestan from October 2007 to September 2008. Mollachiev managed to organize the Sumgait jamaat among Azerbaijani Sunnis. The insurgent leader came from a Lezgin-populated area in Azerbaijan and used that background to establish a cell there. Authorities in Baku were forced to deal with Mollachiev’s supporters long after he was killed (see EDM, April 12, 2012).

Azerbaijani officials along with those in the North Caucasus, have encountered the same problem: namely, that some of their residents are traveling to the Middle East to join the Islamic State. Given the divide between the Sunnis and Shiites in the Middle Eastern conflict and the domestic divisions between Azerbaijan’s Shia and Sunni populations, the conflict in the Middle East may have especially serious consequences for Azerbaijan (Haqqin.az, April 29, 2015).

It is in both Baku’s and Moscow’s best interests to find the real killers of the Sadval leader, in order to avoid further complications. However, Russian authorities rarely solve high-profile crimes, which means that the government is likely to use the killing to further crack down on the Sadval organization itself while the real culprits in the assassination go uncaught. 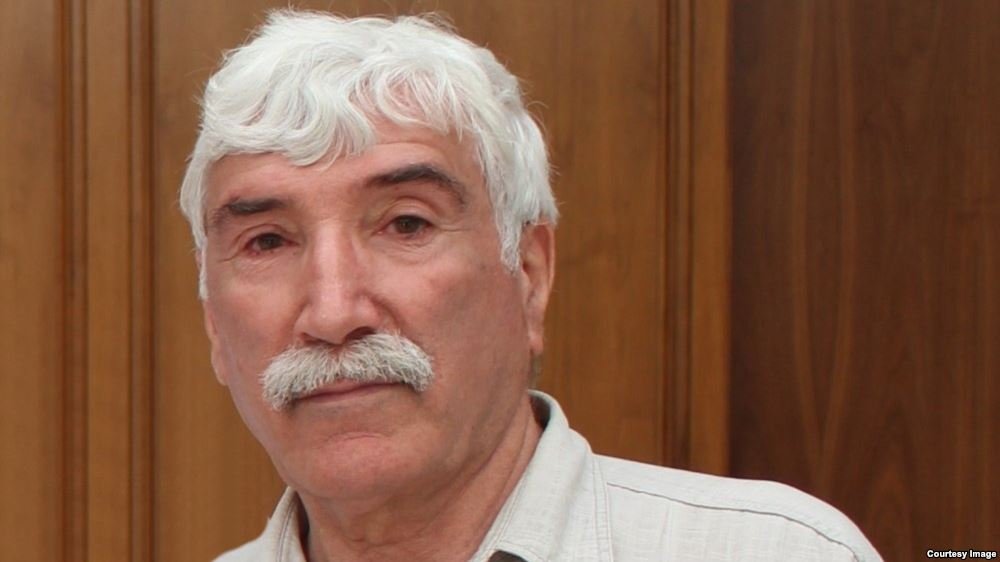 Back
Despite Bilateral Diplomatic Contacts, R..Next
Kyrgyzstan Targets Wrong Enemy in Its La..