Vladimir Putin’s surprise decision, in April, to establish the Russian National Guard attracted wide attention from analysts (RIA Novosti, April 6). Much of the analysis focused on the personality at the head of the new force—Viktor Zolotov, the long-time chief of Putin’s body guards (Openrussia.org, April 7). Yet other top Russian National Guard officers are also quite colorful figures. Since political processes in Putin’s Russia are deliberately made notoriously obscure, understanding the personalities behind the organization aids in predicting the future of Russian domestic politics.

Previously, some observers suggested that the Russian National Guard was created in order to change Russia’s policies in the North Caucasus. In particular, Novaya Gazeta alleged that the National Guard would strip Chechen leader Ramzan Kadyrov of his armed forces and solve the Chechnya problem once and for all (Novaya Gazeta, April 9). Others pointed out that Zolotov and Kadyrov are friends and are unlikely to fight each other. Both may have played a part in the murder of the prominent Russian opposition figure, Boris Nemtsov, in Moscow in February 2015 (Svoboda.org, April 9). However, other important figures in the newly created National Guard, such as Colonel-General Sergei Chenchik, have remained below the radar until recently. General Chenchik has played a pivotal role in the North Caucasus since the start of the second Russian-Chechen war in 1999. An analyst with the website Kavkazskaya Politika, Ramazan Magomedov, has provided a rare glimpse of Chenchik, who has been appointed Zolotov’s first deputy in the National Guard.

According to Magomedov, Chenchik was one of the main architects of the repressive system that has been in place in the North Caucasus over the past two decades. Chenchik first appeared in the North Caucasus at the end of the first Russian-Chechen war in 1996 as the commander of the Ministry of Interior’s troops from the Volga Military District. At the end of 1998, then-colonel Chenchik was appointed commander of the Vega police special forces unit. The group participated in repelling the incursion Shamil Basaev and Amir Khattab launched into Dagestan in 1999. Chenchik also became known for the military operation in the village of Karamakhi, the so-called Wahhabi enclave in Dagestan’s Buinaksk district. The operation started on August 29, 1999, and lasted for a month. First, the Russian military targeted an estimated 120 houses in the village allegedly belonging to local Salafists. Eventually, over 1,600 homes were destroyed—nearly the entire village (Kavkazskaya Politika, May 25).

Following the epic destruction of Karamakhi, some Salafists created an armed underground movement and started to take revenge against the government forces. Prior to the attack on the village, there were practically no militants in Dagestan. However, the Pyrrhic victory in Dagestan in 1999 did not affect the rise of Chenchik, who received raises and new appointments. In 2007, he was dispatched to oversee a special operation in the village of Gimry, the Salafists’ stronghold in Dagestan’s mountainous Untsukul district. After the rebels killed Gazimagomed Magomedov, a Dagestani parliamentary deputy who was also likely an agent of the Federal Security Service (FSB), an estimated 1,000 servicemen descended on the village. The government forces surrounded a group of militants operating under the command of Ibragim Gajidadaev and sealed off the area around them. Yet, the militants managed to escape by pretending to be a special police unit from Buinaksk. The commanders of the government forces only found out that a special police force from Buinaksk had not taken part in the operation later, after the rebels had left, leaving behind one militant to cover their withdrawal. During the entire operation, the government forces under Chenchik’s command managed to kill only the militant who was left behind by the rebels. Several servicemen were killed by “friendly fire” and, as a result of the extremely rough terrain, made the rebel forces the net winner of the encounter (Kavkazskaya Politika, May 25).

Meanwhile, the Russian government forces’ extreme brutality and disregard for human rights in fighting the secessionist movement in the North Caucasus have inevitably spread to other police activities. Rights activists recently uncovered a secret prison in Vladikavkaz, North Ossetia, which some have already dubbed the “North Caucasian Guantanamo.” Police there used torture—including electric shocks—to extract confessions from suspects. Unlike Guantanamo, however, the Russian police used the secret detention site to interrogate Russian citizens, and for reasons having little to do with fighting terrorism. Along with suspects in serious crimes, such as murderers, the police also detained people for economic crimes. The report suggests other similar secret detention facilities exist across the North Caucasus and that the government does not intend to stop its illegal practices (Novaya Gazeta, June 10).

Moscow’s policy in the North Caucasus remains heavily reliant on the patent abuse of power, disregard for legal procedures, and brutality embedded in the law enforcement agencies. The government appears to be resisting efforts to scale down the intensity of police operations despite the reported decline in terrorist attacks in the region. 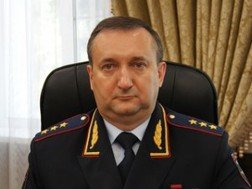 Back
For Protection From ‘Terrorists,’ Mo..Next
The Belarusian Opposition’s Imaginary ..

The Jamestown Foundation was proud to host a webinar on... END_OF_DOCUMENT_TOKEN_TO_BE_REPLACED

Jamestown Foundation Analyst Richard Arnold was interviewed by PolitiFact for a story on the Lie of the Year 2022, or Putin’s long list of lies... END_OF_DOCUMENT_TOKEN_TO_BE_REPLACED

The horrible tragedy in Boston on April 15 has refocused Western attention on Russia’s troubled North Caucasus, which has already experienced more than a decade of turmoil and upheaval. Many perspectives exist in scrutinizing the deadly events surrounding the Boston Marathon terrorist attacks. But nearly all the dimensions of... END_OF_DOCUMENT_TOKEN_TO_BE_REPLACED