Leaders of the Belarusian opposition took part, on May 23, in the Brussels-based meeting of the European Parliament’s (EP) Committee on Foreign Affairs. All of them but Tatyana Korotkevich, the 2015 presidential hopeful from the Speak the Truth campaign (STC), signed a joint statement about the upcoming (September 11) parliamentary elections in Belarus. In it, they criticized the allegedly fraudulent way the Belarusian Central Electoral Commission agreed to take into account the recommendations of the Organization for Security and Cooperation in Europe’s (OSCE) Office for Democratic Institutions and Human Rights (ODIHR) (see EDM, May 25). They also observed that Belarusian authorities might try to “appoint” certain members of the parliament and pass them off as the opposition. In saying this, it is likely that the opposition leaders in Brussels actually had in mind Korotkevich and the leader of the STC, Andrei Dmitriev, despite the fact that, last April, the STC was again denied official registration by the government. Ostracized by all other leaders of the opposition as too soft on President Alyaksandr Lukashenka’s regime, Korotkevich, nonetheless, held personal meetings with several EP members and with Dirk Schuebel, the European External Action Service’s (EEAS—the European Union’s diplomatic cadre) Head of Division for bilateral relations with the Eastern Partnership countries (Tut.by, May 24).

Dmitriev subsequently laid out the STC’s stance. Specifically, he argued that the lifting of sanctions on Belarus and the resumption of European funding for Belarus’s government-run programs has, objectively speaking, changed the role of the domestic opposition. Whereas previously, European policymakers could only serve as human rights watchers, now they actually solicit advice from members of the Belarusian opposition about how European financial support should be spent in Belarus. But in response, Europe routinely hears that nothing can be done “until Lukashenka surrenders power.” According to Dmitriev, this means that much of the Belarusian opposition continues to live in its imaginary world and does not understand the necessity to actually become politicians (Naviny.by, May 26). Incidentally, in the final part of his series of articles, “The Rise and Fall of Nationally Conscious Warriors” (see EDM, May 25), long-time opposition activist and leader Siarhey Dubavets observes that “we are witnessing the end of the privatization of the Belarusian national idea by a certain group of people”—an unmistakable insinuation that the traditional opposition has outlived its welcome. He also makes the point that the sole reason Korotkevich is ostracized by the rest of the opposition is that she is at least modestly successful (Svaboda.org, June 1).

Much of what is going on outside the “opposition ghetto” (a term coined by the late political scientist Vital Silitski), seems to confirm the observations of both Dubavets and Dmitriev. Multiple developments currently unfolding promise to have a serious impact on Belarus. But these issues are receiving no input whatsoever from the traditional opposition, even in the realm of public debate. For example, one such issue revolves around the price of Russian natural gas for Belarus. It goes back to the formula that set this price as the production cost of gas in the Yamal-Nenets region of Russia plus costs of transportation, storage and realization. This price is calculated in US dollars. Internationally, however, the price of gas is loosely tied to oil prices. Prior to the recent slump in the cost of oil, the aforementioned formula ensured that Belarus enjoyed the lowest price on Russian gas. However, following that slump and the ensuing decrease in gas prices for Germany, to $170 per 1,000 cubic meters, Belarus realized that it actually pays the same minus the difference in transport costs. Thus, Minsk has been arguing that as a member of the Moscow-led Eurasian Economic Union, it deserves a discount equivalent to the devaluation of the Russian ruble with respect to the dollar. That would bring the price from $132 to $80 per 1,000 cubic meters. This is how much Belarus has been paying since the beginning of the year; so according to Gazprom, Belarus already owes the Russian gas giant $125 million. Consequently, Gazprom’s Belarusian branch has initiated a lawsuit at the International Arbitration Court of the Belarusian Chamber of Commerce (Tut.by, May 12; Eurasia.expert, May 11).

Officials in Minsk have also been quietly trying to resolve other problems related to Belarusian-Russian relations. Notably, content from the Russian Federation makes up 65 percent of Belarus’s overall media sphere, according to the deputy chair of the Belarusian presidential administration, Igor Buzovsky. For the first time, the Belarusian government has expressed a mild form of dissatisfaction with this situation (Tut.by, May 15). In this regard, again, it was the Speak the Truth campaign that issued an appeal to the authorities to reclaim Belarus’s control over its information space (Tut.by, May 12).

By the same token, the major government daily Belarus Segodnya expressed grave concern over the established facts of several Russian veterans of war in eastern Ukraine coaching Belarusian youths in summer camps in Vitebsk oblast. One of those veterans, Alexei Milchakov is a member of the militant group Rusich, which is beholden to extremely radical, bordering on neo-Nazi, views (Belarus Segodnya, June 1).

The government has also been reacting to the escalating Lithuanian campaign to discredit the Belarusian nuclear power plant (under construction) as inherently dangerous. The plant is indeed located just 53 kilometers from Vilnius. Yet, there are plenty of nuclear power stations in Europe located even closer to major cities (for example, the Doel nuclear plant is 16 km from Antwerp; the Muehlenberg facility is 13 km from Bern; Krsko—39 km from Zagreb) (ImhoClub, June 6). Moreover, the International Atomic Energy Agency’s (IAEA) Director General Yuki Amane recently visited Belarus and praised the project under construction for upholding high security standards (Narodnaya Volya, April 19). So Belarusian Foreign Minister Vladimir Makei called the Lithuanian campaign “anti-Belarusian hysteria.” He added, “We are no idiots to build an insecure station” (Tut.by, May 27).

In summary, the imaginary world of the traditional opposition and the real world are farther apart than ever before. And while Belarus definitely needs a healthy domestic opposition, it may make sense for it to either grow up anew organically or for the current crop of opposition leader to yield their habitual niche to the new generation able and willing to contribute to Belarus’s development. 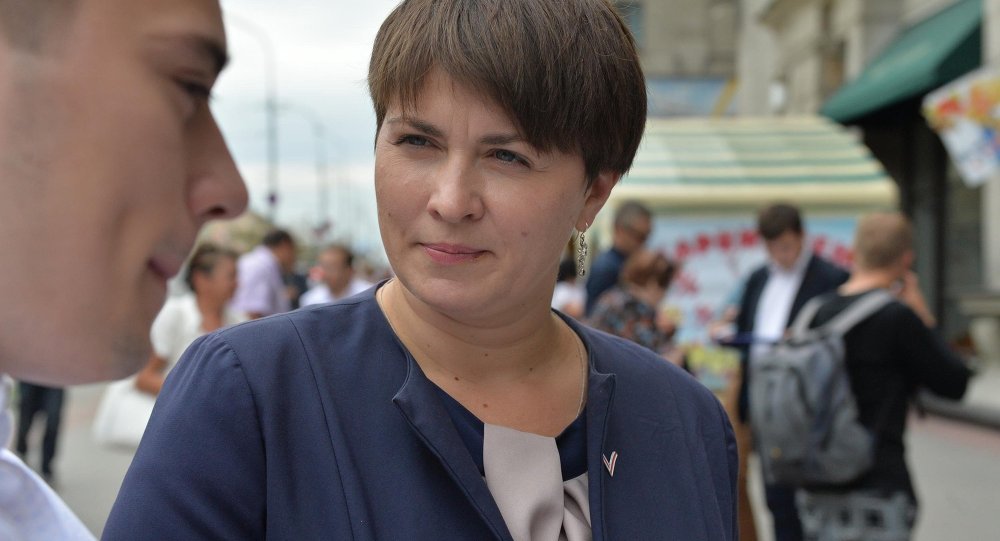 Back
Moscow Signals It Intends to Rely on Bru..Next
East-West Standoff in Europe Becoming Pr..