The European Union and the United States are intensifying their appeals on Minsk to ensure transparency and democratic standards during the parliamentary elections scheduled for September 11. Deputy Assistant Secretaries of State Bridget Brink and Robert Berschinski traveled to Minsk on May 17–18. During their visit, the US officials declared that the ultimate decision regarding whether or not Washington would officially lift its sanctions against nine Belarusian enterprises will be taken following the reaction to the upcoming parliamentary elections by the Organization for Security and Cooperation in Europe’s (OSCE) Office for Democratic Institutions and Human Rights (ODIHR) (Eurobelarus.info, May 18). Those sanctions were suspended in August 2015, and in April 2016, the suspension was extended for six more months (Belaruspartizan, May 18). According to Brink, “this is not about specific candidates but about [an] electoral process” that ensures “free and honest elections.” On the other hand, the delegation of the European Parliament (visiting Belarus on May 16–18), headed by Bogdan Zdrojewski of Poland, was seemingly more oriented toward a particular electoral outcome—that is, that some members of the opposition will actually become Belarusian members of parliament (MP). “If we are lifting the sanctions on Belarus, we expect that the Belarusian authorities lift the sanctions on their people,” Zdrojewski exclaimed during the meeting with the opposition in Minsk (Rubaltic.ru, May 19).

In abstracto, such appeals to Minsk reflect the West’s consistency in its Belarus policy since the mid-1990s. Consistency, however, may at times be tinged with inertia. What makes the aforementioned appeals somewhat awkward is their timing. Today, the popularity of Belarus’s opposition is at an all-time low. Only 11 percent of Belarusians trust the opposition; moreover, Belarusians known for their critical view of the government of President Alyaksandr Lukashenka have also expressed their utter dissatisfaction with the opposition’s accountability to the Belarusian people (see EDM, May 17).

Further evidence of this reality surfaced in mid-May. First, Siarhei Dubavets, one of the founders of the Belarusian Popular Front (BPF) and the founder (1991) and long-time editor (1991–2000) of the opposition Belarusian-language newspaper Nasha Niva, wrote a three-part article entitled, “The Rise and Fall of Nationally Conscious Warriors” (Svaboda.org, May 17, 18, 20). In it, he acknowledged the demise of the BPF, the country’s oldest opposition party, and accused its current leaders and their colleagues in other opposition groupings of lacking national dignity. He admitted the fatal mistake of dividing Belarusians into the “nationally conscious” and the rest, and repudiated the self-defeating arrogance and undemocratic behavior of the opposition leaders.

Second, the internecine struggle within the opposition came to the fore yet again when Yaroslav Bernikovich, a former official representative of the 2015 presidential hopeful Tatyana Korotkevich, publicly stated that over 40,000 signatures out of 55,000 collected in the Belarusian capital were, in fact, forged (Tut.by, May 19). Korotkevich was promoted by the “Speak the Truth” campaign and became the only opposition candidate whose staff managed to collect the requisite 100,000 signatures to run in last year’s election—or so it was believed. Some of Korotkevich’s rivals who failed to collect that number had long suspected foul play (Nasha Niva, August 21, 2015). To be sure, Korotkevich is the only member of the opposition whose rating of 6.9 percent (Naviny.by, March 29) exceeds the margin of error in representative national polls. Together with her campaign manager Andrei Dmitriev, Korotkevich made trips to Brussels and Washington. It is unclear why the alleged whistleblower made his disclosure at this time. It could be that Korotkevich’s chances of becoming an MP are not as slim as those of other members of the opposition, and this revelation was meant to “level the playing field.”

The third event damaging the image of the opposition was the withdrawal of aid by one of the major donors to the European Humanities University (EHU). The Nordic Council pulled its financial assistance following an audit by the New York–based international professional services firm Deloitte. The EHU was evicted from Minsk in 2004, but it secured a new home in nearby Vilnius and continued to position itself as a school for European-oriented Belarusians. The school’s teachers have been mostly recruited from among Minsk-based opposition-minded scholars. Deloitte uncovered multiple instances of embezzlement of financial aid, including by the school’s current president, the American G. David Pollick (Kyky.org, May 17). The undemocratic ways of previous EHU administrations and internecine fights at the school have long been discussed (see EDM, December 4, 2013).

Meanwhile, despite Belarus’s ongoing economic slump, the ruling authorities in Minsk are carrying on reasonably well. President Lukashenka recently returned from Rome, where he met with Pope Francis and Italian President Sergio Mattarella (Belta.by, May 21). This was Lukashenka’s first visit to the West after the lifting of the EU’s sanctions. And though the government in Minsk is once again involved in a bitter argument with Russia over the price of natural gas, it is visibly defending Belarus’s national interests (Eurasia.expert, May 11). Moreover, the major government newspaper Belarus Segodnia launched a counterpropaganda campaign to discredit some Russian critics of Minsk’s alleged leaning to the West at the expense of Russia (Belarus Segodnia, May 17). Finally, a district court in Minsk ruled that Anton Suryapin be awarded 8 million Belarusian rubles ($4,081) in moral damage compensation. Suryapin had spent 35 days in a Belarusian KGB jail after an airplane, chartered by the Swedish advertising agency Studio Total, illegally entered Belarusian airspace, on July 4, 2012, and parachuted several hundred teddy bears with notes carrying pro-democracy messages. Suryapin was the first person who posted the pictures of those teddy bears on his website and was suspected of collaborating with the airspace violators (Tut.by, May 16). In a country where only a tiny fraction of court cases results in acquittals, Suryapin’s court-awarded compensation looks like a triumph of fairness.

The aforementioned series of developments have been exacerbating the Belarusian opposition’s poor popularity while sustaining decent ratings for the authorities. And in a post-Soviet state still lacking a healthy democratic tradition, unbending external demands that Minsk make room in the parliament for the opposition could well backfire. Not recognizing and properly taking into account such realities risks Western policymakers once again losing Belarus. 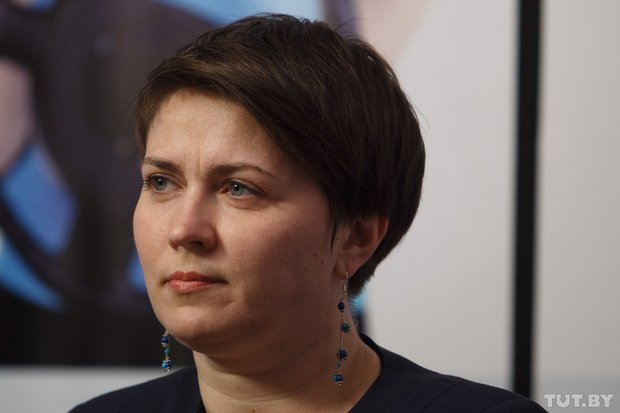 Back
Russia’s Kerch Bridge: Time to Act for..Next
Euphoria in Kyiv and Soul-Searching in M..