Five and a half years after the 2010 presidential elections, which culminated in street protests, violence, police crackdowns and Western sanctions on Belarus, the intensity of both official and unofficial contacts between Minsk and the West are at an all-time high. One telling recent example has been the May 5 international conference “Understanding Belarus Security,” held in Minsk, and the subsequent meeting between the participants from the United States and Belarusian Foreign Minister Vladimir Makei (Belta.by, May 5; Mfa.gov.by, May 6).

The most widespread explanation for this change in Belarusian-Western relations has to do with the conflict in Ukraine, which allegedly prompted the West to subordinate its values to its interests. The term “geopolitics” became the name of the game when it came to dealing with Minsk. In other words, in the eyes of Western decision makers, the sovereignty of Belarus as a buffer state between Russia and the West became more important than democracy promotion. And since, for all practical purposes, the ruling regime in Minsk not only speaks in favor of this sovereignty but effectively sustains it, governments in Europe and North America have been warming up to the Belarusian authorities.

At a minimum, however, this explanation is incomplete. At least three other developments also appear to stand behind the aforementioned rapprochement. First, is the profound dissatisfaction with the outcomes of democracy promotion in multiple regions of the world and a concomitant decline in the belief that democratization is even possible via externally engineered regime change. Second, since the collapse of the Soviet Union, the “regime” in Minsk has actually succeeded in driving many of Belarus’s formative post-independence experiences. Specifically, the government led by President Alyaksandr Lukashenka, since 1994, was instrumental in propping up Belarusians’ civic identity, ensuring the country’s stability and security (Belta.by, May 5), building up its infrastructure, pursuing economic development, boosting the quality of governance, and even improving living standards—by several measures exceeding those in Belarus’s culturally close Eastern Slavic neighbors. Third, whatever remained of Western trust in the “democratic” opposition to Lukashenka’s authoritarian regime has been dealt a blow.

Last week, two unrelated publications in the Belarusian opposition-minded media cast light on the increasingly precarious situation within the domestic opposition. While the media in question has routinely given voice to the organized opposition, the former is broader and more inclusive than the latter, as not everybody who criticizes the government of Belarus is a member of an opposition party. The first of the two aforementioned publications was authored by Alexander Feduta, a prominent member of Lukashenka’s victorious campaign staff in 1994 (then his press attaché), who later became an active member of the opposition. In the 2010 presidential campaign, he was second in command in Vladimir Neklyaev’s Tell the Truth movement; following that election, on December 20, he was arrested and then jailed for more than three months. According to Feduta, the current failure on the part of the opposition parties to consolidate and present a single list of candidates for parliament (the elections are scheduled for September 11) reflects a trend going back to 1996. At no point in time, have Belarus’s opposition leaders succeeded in joining forces except in 2001, when Hans-Georg Wiek, the head of the Organization for Security and Cooperation in Europe’s (OSCE) Advisory and Monitoring Group in Minsk, arm-twisted them into doing so. The reason? Feduta argues that the opposition leaders do not see each other as allies in their fight for democracy, but rather as rivals in their quest for Western funding. Feduta calls them professional alms collectors, who do not actually care about regular opposition-minded Belarusians (Naviny.by, May 4).

Artyom Shraibman, a political commentator from Tut.by, echoes this thesis. In addition, he calls attention to the fact that the current situation should actually be more favorable for consolidation than ever. This is because Minsk wants to continue its honeymoon with Brussels and Washington, and the latter want the authorities in Minsk to demonstrate a softer attitude toward political opponents. If coming together appears impossible even now because of the never-ending fight for donors’ attention, this is likely a terminal illness. Both Feduta and Shraibman assert that this disaster has scarcely anything to do with the ploys of the Belarusian KGB and the like. As Shraibman puts it, “such Brownian motion [in Russian, a popular metaphor for grand disorder] is simply impossible to steer from the KGB headquarters” (Tut.by, May 4).

In fact, initial doubts in the current Belarusian opposition’s ability to make a difference arose long ago. For example the 2002 book The EU and Belarus: Between Moscow and Brussels, edited by Ann Lewis, broached the question of “whether the opposition in Belarus is past resuscitation and whether Western agencies should continue wasting their taxpayers’ money on the client-based policies that have proved so ineffective” (p. 61). And on the eve of the 2010 presidential elections, Rodger Potocki of the US-based National Endowment for Democracy (NED), wrote the article “Enemies of Themselves,” in which he criticized the opposition for putting personal ambitions first (TOL, December 6, 2010). Those elections, however, became overshadowed by the crackdown on the post-election rally and the arrest of seven presidential hopefuls, one of which, Nikolay Statkevich, was released just three weeks prior to the next presidential elections of September 2015. The circumstances that triggered the crackdown are still not entirely known. After all, the individual ratings of the opposition leaders were low, and Potocki’s pessimism regarding their electoral success was justified.

Like every national community, Belarus would benefit from a healthy opposition to help it chart the path to the future. Belarus, however, is in need of an opposition that evolves organically. So Potocki’s professed certainty that “no unified opposition or single candidate is likely to emerge in Belarus without Western assistance” (TOL, December 6, 2010) may be seen as a self-fulfilling prophecy that did more harm than good. When Western stewards of the Belarusian opposition handpicked its leaders from among disgruntled former Lukashenka associates or intellectuals with some ability to speak English, they made those leaders accountable exclusively to themselves (i.e., donors); as such, they actually thwarted the natural, albeit much slower, process of the opposition’s grass roots formation. It is likely that the political structuring of Belarusian society will only occur once national consolidation reaches a mature level. But in the absence of national consolidation, this sort of structuring is inhibited: if there is no self-contained whole, there are no parts. 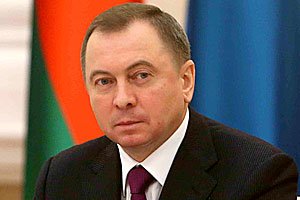