During a regular ministerial conference call, on May 4, Russian Defense Minister Sergei Shoigu clarified previously declared plans to counter the North Atlantic Treaty Organization (NATO). He noted, “The defense ministry is taking a number of measures to counteract the buildup of NATO forces in the immediate vicinity of Russian borders. Two new divisions will be set up in the Western Military District and one division in the Southern Military District until the end of the year” (TASS, May 4). It was reported earlier that a new motorized rifle unit would be set up near Rostov-on-Don and two more divisions in the Smolensk and Voronezh Regions.

Senior NATO officials reacted as expected. The new Supreme Allied Commander Europe (SACEUR), General Curtis Scaparrotti, said: “In terms of their deployment, NATO has responded to their [Russian] aggressive actions on the eastern border… I’ll review […] our plans, their posture, and recommend my military advice, the posture, the exercises that we need to continue to deter and also be able to respond.” NATO Secretary General Jens Stoltenberg reiterated the reasons for this approach: “We have seen the willingness of Russia to use its military force in Europe against an independent sovereign state—Ukraine—illegally annexing Crimea and destabilizing eastern Ukraine. And that is the reason why we have responded. It is a reaction to the behavior of a Russia which is more assertive and a Russia which has shown the will of using military force to change borders in Europe for the first time since the end of the Second World War” (Nato.int, May 4).

Countermeasures to the Russian military buildup will certainly be among the main topics of discussion at the upcoming NATO summit in Warsaw. And yet, seemingly counterintuitively, the creation of new divisions in western Russia most likely will not strengthen, but may actually damage the overall combat capabilities of the Russian army. The ability for rapid deployment has been among the most important achievements of the Russian armed forces to date. This capacity was well demonstrated during operations in Crimea, Donbas and Syria. It took just a few days in February 2014 to deploy about 40,000 troops on the border with Ukraine. This was a major success: in comparison, in 1999, the military command was able to move troops only three weeks after Chechen rebels stormed Dagestan.

One of the major achievements of the military reforms carried out by former Russian Defense Minister Anatoly Serdyukov (2007–2012) was rapid deployment. He understood that the main weakness of the Russian army was the intended implementation of the concept of mass mobilization. In particular, the authorities planned to summon millions of reservists in case of a military threat. For this reason, about 80 percent of Russian military units were constituted as skeleton units—specifically designed to accept reservists and arm them. The mass mobilization concept required a lot of time to rebuild each unit in an emergency. Therefore, Russian military forces were generally unable to deliver a quick response. Furthermore, the viability of mass mobilization was itself a myth due to Russia’s demographic plunge. The number of reservists had declined with every passing year.

In this situation, Serdyukov decisively eliminated all skeleton units. As a result, the number of divisions, brigades and regiments in the Russian Ground Forces decreased from 1,890 to 172 (Rossiiskaya Gazeta, May 12, 2009). In the end, the military command had at its disposal several dozen formations able to deploy within a few hours of receiving their orders. President Vladimir Putin hurried to take advantage of this capability in Ukraine and in Syria. The Armed Forces have, thus, become the Kremlin’s main if not sole foreign policy tool. But growing ambitions soon came into conflict with actual capabilities as Russian leaders began to set new, larger-scale goals for the army. First and foremost is the military confrontation with NATO. But the number of Russian units is simply too small to plan any serious operation against a global adversary. Therefore the Ministry of Defense began to set up new divisions—and not just limited to the three divisions that Shoigu recently mentioned.

The Russian defense minister reported last September that, since the beginning of 2015, about 30 new formations were set up in the Western Military District (TASS, September 15, 2015). And in late November, he noted that more than 15 units had been formed in the Southern Military District, while the formation of two further units were in the final stages (Interfax, November 25, 2015). According to Nezavisimoye Voennoe Obozrenie, only recently “eight new major operational formations, more than 25 divisions [combined arms, Air Force, air defense, Navy], [and] 15 brigades” appeared (Nezavisimoye Voennoe Obozrenie, February 19). The Western Military District had been reinforced with a newly-formed 1st Tank Army, headquartered near Moscow (TASS, February 2). A senior source in the General Staff told TASS the 20th General Purpose Army in the district had to be created from scratch, as most of its original forces had been reassigned to the 1st Tank Army (TASS, March 25). However, neither Putin nor Shoigu can change the realities of Russia’s demographic situation. According to the plans of the Russian defense ministry, the Armed Forces will grow by only 10,000 troops this year (Mil.ru, December 11, 2015). This is enough to fully man one division, but certainly not 40 new units.

Two possible options might square this circle: First, Russia may create new divisions in a “Western direction” into which it could transfer troops from other regions. In fact, this is already happening. The commander of the Central Military District announced earlier this year that the 201st Motorized Rifle Division, based in Tajikistan, would be reduced to a brigade level (TASS, January 30). Thus, in trying to satisfy its ambitions, Russia is dramatically diminishing its military presence in Central Asia—a region where a real military threat exists.

But the number of available Russian troops is quite limited. So Kremlin military planners will likely rely on a second option. The Russian defense ministry may begin creating skeleton units to be staffed by heretofore non-existent reservists. This would signify a return to the discredited Soviet concept of mass mobilization. As a result, the dispersed forces of existing brigades will lose their combat capabilities. Nonetheless, the Kremlin is already considering how to arm these mythical thousands of reservists. For example, Putin recently held a meeting on enhancing the mobilization readiness of industry (Kremlin.ru, May 13). The discussion touched on the possibility of, on the eve of war, retooling the Russian economy to significantly boost domestic weapons production. At the end of the 1980s attempts to strengthen mobilization readiness in the face of falling oil prices finally destroyed the Soviet economy. Now, it seems, the situation is being repeated. 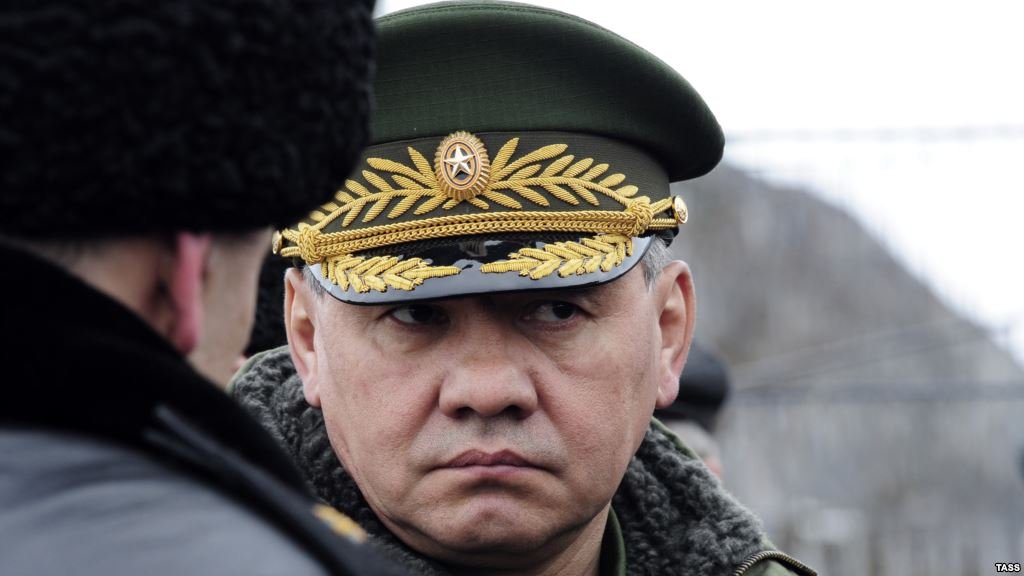 Back
The Declining Fortunes of the Current Be..Next
Moscow Uses Russian Orthodox Church to D..

On August 4, the Jamestown Foundation held a webinar  on... END_OF_DOCUMENT_TOKEN_TO_BE_REPLACED

Jamestown Senior Fellow Margarita Assenova was featured in an event with the New Lines Institute for Strategy and Policy on Capitol Hill. The event was... END_OF_DOCUMENT_TOKEN_TO_BE_REPLACED

In the June issue of MLM Nicholas A. Heras provides two briefs, one concerning a leadership dispute within the Syrian-back Abu al-Fadhal al-Abbas Brigade to Defend the Holy Shrine of Sayida Zeinab and a second brief about a ceasefire negotiated between MNLA leader Bilal ag Acherif and the Malian... END_OF_DOCUMENT_TOKEN_TO_BE_REPLACED