Although Central Asia as a whole has enough water to promote development, problems in sharing this critical resource among the region’s five post-Soviet republics—Kazakhstan, Kyrgyzstan, Uzbekistan, Turkmenistan and Tajikistan—are becoming downright severe. According to a new World Bank study, such localized water crises could reduce the GDP of all the countries in the region by 11 percent by mid-century. This prediction has sparked real fears in Central Asia and beyond (Islamsng.com, May 7).

The region is already facing serious health problems because of water shortages. In Uzbekistan’s northwestern region of Karakalpakstan, the drying up of the Aral Sea has contributed to the spread of cancer, pushing down life expectancies there to below 40 years old. And yet, the overall population of Central Asia is projected to grow rapidly in the coming years, thus increasing demand for even now scarce water supplies for consumption, agriculture and industry.

The declining supplies of water to portions of Central Asia, exacerbated by the region’s broadly burgeoning population, will certainly negatively affect these countries’ economies, as the World Bank notes (Worldbank.org, May 3). But this situation could also lead to the suffering of the population, failed states, wars between at least some of them, and, what may be most worrisome to the outside world, a dramatic rise in terrorism within and from them.

To prevent all this from happening, the World Bank calls for a better division of the existing water supplies among the Central Asian countries by establishing a defined price on this resource. And it is also calling for the transfer of water from water-surplus neighboring countries into the region.

Neither of these steps is likely. The countries of Central Asia have been unable to agree on pricing or sharing water since they gained their independence and there was no longer an outside arbiter—Moscow—to impose a division of this vital resource. Moreover, prospects appear slim that water will flow into the region from beyond its borders: Russia has repeatedly rejected the notion of diverting Siberian rivers to the region. Meanwhile, China has serious water problems of its own, especially in Xinjiang, and is actually seeking to acquire water from Central Asia rather than to provide it with that resource (see EDM, September 11, 2013).

Central Asian media has been widely quoting an article published two years ago in the journal Nature, which has pointed to the disappearance of the Aral Sea and the desertification of Turkmenistan and Uzbekistan. The article concludes that the five countries of Central Asia are international “leaders” in the ineffective use of water, producing less GDP per gallon of water than the residents of any other country on the world (Ritmeurasia.org, May 5, 2016; Ca-news.org, October 7, 2014; Nature.com, October 1, 2014).

Residents of Turkmenistan, for example, currently use 5,500 cubic meters of water annually, the highest in the world: four times more than residents of the United States and 13 times more than the Chinese. Uzbekistanis and inhabitants of the Kyrgyz Republic rank fourth and fifth in this world ranking, with Tajikistanis and Kazakhstanis only slightly lower, at 7th and 11th place, respectively. Relative to GDP, the standing of Central Asian countries is even worse: Turkmenistan needs 43 times as much water for each dollar of GDP than does Spain. In the other republics of the region, the situation is not much better, the 2014 article in Nature points out.

But there are three reasons why the situation in Central Asia is bad and growing worse. First, rapid population growth is putting ever more pressure on the regional water supply and exacerbating tensions between the upstream countries (Kyrgyzstan, Tajikistan), which still have enough water, and the downstream ones (Kazakhstan, Uzbekistan, Turkmenistan), which do not. In Germany, on the other hand, all the people reside in one country and under one government, ensuring that the water is divided equitably. Second, Central Asia continues to suffer from tsarist and Soviet practices. Many think that Central Asians have always grown cotton to the exclusion of almost everything else, but that is not the case. Both tsarist conquerors and Soviet rulers promoted cotton production so that the local populations would have to trade for food with Russia, thus giving Russian rulers leverage. And third, Central Asia’s climate is now becoming intensified by global warming, meaning that a large amount of water evaporates before it can reach those who need it (Ritmeurasia.org, May 5, 2016; Ca-news.org, October 7, 2014; Nature.com, October 1, 2014).

At present, there is no solution that all the countries of the region can agree on. Consequently, each is under insufficient pressure to become more efficient in the use of water since learning to use less could reduce the strength of their claims for more from others. 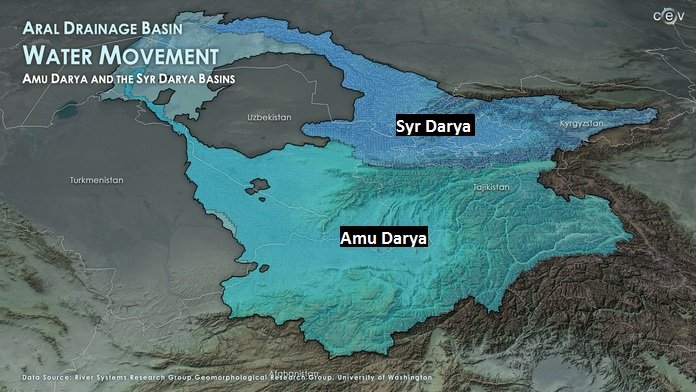 Back
Russia’s Tactical Missile Systems in S..Next
The Declining Fortunes of the Current Be..

The Jamestown Foundation was proud to host a webinar on... END_OF_DOCUMENT_TOKEN_TO_BE_REPLACED

Jamestown Foundation Analyst Richard Arnold was interviewed by PolitiFact for a story on the Lie of the Year 2022, or Putin’s long list of lies... END_OF_DOCUMENT_TOKEN_TO_BE_REPLACED

The nearing completion of two major natural gas pipelines to the Balkans, the Southern Gas Corridor and TurkStream, has fueled Bulgaria’s ambitions to become a regional gas hub. On November 30, the Bulgarian parliament included the construction of the Balkan Gas Hub in the national energy strategy. In order... END_OF_DOCUMENT_TOKEN_TO_BE_REPLACED