Russia’s announced partial military drawdown of its force deployment in Syria has effectively given way to conceding that its military footprint in the country will endure for some time. With the withdrawal of some Aerospace Forces (Vozdushno Kosmicheskikh Sil—VKS) assets and insertion of limited replacements, it seems that unless there is an upsurge in the intensity of the fighting, the air grouping will remain relatively modest. However, there appears to be interest in using and testing Russian tactical missile systems in the Syrian conflict, perhaps to compensate for the limited drawdown and also to offer force protection (Voyenno Promyshlennyy Kuryer, May 10).

Despite these ongoing experiments with weapons systems in the Syrian civil war, the Russian defense industry continues to struggle to meet the challenges of a highly ambitious military modernization program. On May 11, President Vladimir Putin met with the leaders of the defense industry and praised the performance of technologically advanced aircraft such as the Su-30SM, the Su-34, Su-35, Mi-28N and Ka-52, as well as precision-guided munitions and cruise missiles. The Su-34, equipped with a new-generation electronic warfare (EW) system, was certainly at the forefront of testing network-enable operations. Nonetheless, Putin complained that the “execution of a number of contracts, unfortunately, turned out to be lengthy, and some of them even ripped off [the state].” The meeting that ensued behind closed doors reportedly further discussed these concerns and measures to avoid such problems in the future (Krasnaya Zvezda, May 12).

Plenty of defense industry officials, companies and even defense officials are willing to talk up the achievements of an unreformed domestic defense industry; yet, the “ripping off” continues seemingly unabated. Deputy Defense Minister Yury Borisov notes the increasing demands on military modernization linked to space-based systems and creating synergy between Roscosmos and the defense ministry. The priority areas, in turn, are no less demanding: to create suitable systems for the Armed Forces to support command, control, communications, computers, intelligence, surveillance and reconnaissance (C4ISR). Borisov understandably stresses advances in dual-use technologies and the progress of the Russian version of the global positioning system (GPS)—GLONASS. But with additional state resources targeting such efforts, he has nothing to say on the internal corruption issues plaguing the Russian defense industry (Voyenno Promyshlennyy Kuryer, May 10).

Progress has been reported in the area of hypersonic systems and weapons. Russian defense industry sources claim to have made significant progress in hypersonic development, with the Tactical Missiles Corporation working closely with the Moscow Institute of Thermal Technology. These defense industry officials believe that a synergy in cooperation between the military-scientific community and the defense industry can result in real breakthroughs. One such potential breakthrough is in the area of responding to the United States’ Ballistic Missile Defense (BMD) system. Borisov refers to progress with the Sarmat intercontinental ballistic missile (ICBM). In particular, a test launch scheduled for later this year holds out the promise of deliveries in 2018–2019. Major-General Vladimir Vasilenko, the former head of the defense ministry’s 4th Central Research Institute, notes that the development of new heavy-liquid strategic missiles can potentially overcome US missile defense due to their multidirectional azimuth of approach to the target, forcing the opposing side to provide a circular BMD system. “And it is much more difficult to organize, especially for finance, rather than sectoral missile defense. This is a very strong factor,” Vasilenko said. One of the means to overcome missile defense is the use of a hypersonic warhead (Nezavisimoye Voyennoye Obozreniye, May 13).

In the long term, such military-technical advances may ultimately undermine Russian arguments that the United States’ BMD threatens to compromise Russia’s nuclear deterrence. However, based on developments in Syria, the Russian defense leadership is also paying particularly close attention to theater tactical weapons systems. In late 2015, the operational-tactical missile system PTRC 9K720 Iskander was deployed in Syria (Voyenno Promyshlennyy Kuryer, May 10). It is worth noting that the defense industry has worked on missiles for the Iskander, including cruise missiles, to extend its range; which has important implications linked to Russia’s threats to deploy Iskanders in Kaliningrad in retaliation for US BMD plans in Central Europe (see EDM, May 12, 16).

Though the system is not new, its developer, the machine-building design bureau Kolomenskoye, has been involved in upgrading missiles for the platform. This has resulted in the inclusion of the new R-500 cruise missile (which can be fired by the Iskander launcher), with its inertial guidance system that corrects the missile’s trajectory by comparing maps with a data radio altimeter. Russian sources indicate the Iskander was in use by the Syrian Arab Army (SAA) in 2013–2014 to halt offensives against regime forces. During sandstorm periods in spring and fall, which mitigated the use of combat aircraft, the SAA used the Iskander with cluster warheads to counter enemy forces. It is likely that the Iskander is used in conjunction with unmanned aerial vehicles (UAV) and Special Operations Forces Command (Komandovaniye Sil Spetsial’nykh Operatsiy—KSSO) for targeting. It is unclear whether the R-500 for the Iskander has been used in combat in Syria. But it is noteworthy that, with its range of at least 500 kilometers—thus making it subject to the Intermediate-range Nuclear Forces (INF) treaty—this missile’s possible introduction into the Syrian theater of operations may be about combat testing its performance and extended range (Voyenno Promyshlennyy Kuryer, May 10).

As a consequence of withdrawing some of the platforms and reducing the size of the VKS force grouping in Syria, other operations such as the SAA’s use of operational-tactical missile systems are becoming more pressing. The use of these in combat and analysis of the impact on enemy forces will yield lessons for Russia’s General Staff, which could be useful for its own longer-term force modernization planning (Voyenno Promyshlennyy Kuryer, May 10).

Meanwhile, the operations in Syria appear to be yielding valuable lessons for the Russian military. Targeting during the VKS’s close air support for the SAA has relied heavily on KSSO units acting as “spotters” on the ground. Reportedly, the targeting also involved up to 25 percent of operations depending on reconnaissance from UAVs. And, in turn, there are calls for further advances in UAV technology in order to keep up with the surge in their use in Russian combat operations. These systems, it seems, are being overstretched, and the defense industry will need to produce new aerial drones to meet future challenges, especially in tactical UAVs with short flight durations (Voyenno Promyshlennyy Kuryer, May 10). 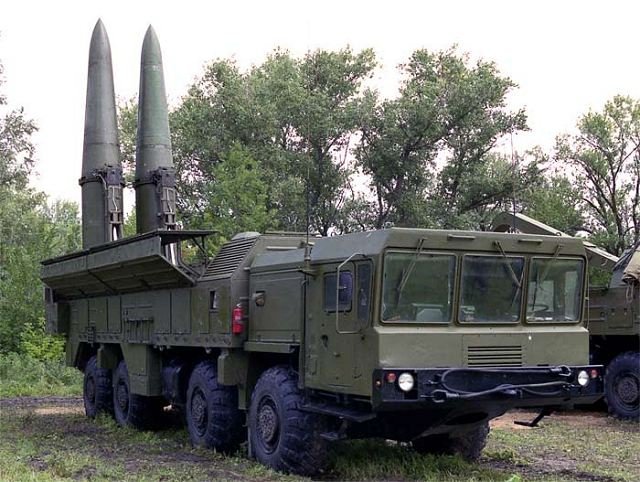 Back
Land Protests Testify to Kazakhstan’s ..Next
Water Shortages Likely to Reduce Central..

On January 9, The New York Times ran an article on a scandal involving Hong Kong government elites that featured an interview with Jamestown Senior... END_OF_DOCUMENT_TOKEN_TO_BE_REPLACED