The ceremony of opening the United States’ missile defense base in Deveselu, Romania, last week (Thursday, May 12), was greeted by a barrage of condemnation and criticism from Russian officials (see EDM, May 12). The next day, President Vladimir Putin turned these denouncements into state policy by defining this deployment of a radar station and SM-3 missile interceptors as a direct threat to Russia and promising to “curtail” it (Kremlin.ru, May 13). The completion of the “Aegis Ashore” project (started in 2013) as well as the beginning of the work on the second base in Poland came as no surprise, because Russia was kept informed of its progress and Moscow duly registered its objections every step of the way (Politcom.ru, May 12). In fact, Putin held a series of meetings last week with his Security Council and various defense industry chieftains, who were airlifted—along with samples of their products—to his palace near Sochi (Kommersant, May 12). Not a single practical countermeasure or strategic initiative was announced, however.

Deputy Prime Minister Dmitry Rogozin sought to elaborate on Putin’s point not to engage in an expensive arms race with the West: he hinted that a cheaper response, based on modern technologies, would be aimed at the enemy’s vulnerabilities (Rossiiskaya Gazeta, May 13). Ambiguity is often a useful political pose, but in real terms, Russia’s technological designs are old-fashioned and political options are limited. The deployment of RS-24 Yars missiles is proceeding on schedule, but the long-promised supersonic warhead is still not ready (Gazeta.ru, May 10). The rail-mobile version of this missile merely revives an old Soviet project, and the first missile train, “Barguzin,” is not expected to leave the station before 2020 (Rossiiskaya Gazeta, May 12). The first draft of a sea-based ballistic missile for a new generation of strategic submarines may be a useful trick for securing budget allocations for the Moscow Thermal Technology Institute, but this firm’s design for the Bulava missile proved prone to many failures (RIA Novosti, May 13). Moscow could opt for a grand political gesture of withdrawing from the third Strategic Arms Reduction Treaty (“New” START or START III), in effect since 2011, but this would undercut the notion of strategic balance, which Putin seeks to uphold (TASS, May 13). He further claims that the US missile defense base constitutes a gross violation of the Intermediate-Range Nuclear Forces (INF) treaty (1988), but Russia cannot be interested in a break-down of this arms control regime signed by Ronald Reagan and Mikhail Gorbachev, because the prospect of the deployment of US medium-range missiles in Europe is daunting (Kommersant-FM, May 12).

Perhaps the most peculiar twist to Putin’s remarks was his lamentation that Romania and Poland, heretofore, had enjoyed a “quiet, safe and prosperous life,” but now they would have to face the consequences of Russia’s “curtailing” of the US threat (Newsru.com, May 13). In the past, Russia repeatedly threatened to target the US bases in Poland and Romania with Russian missiles (Nezavisimaya Gazeta, May 13). The substance of these threats, however, has either been shallow or counterproductive. The deployment of Iskander missiles to the Kaliningrad exclave had already been attempted; Moscow has already announced it was upgrading three West-facing brigades to division strength; the activities of Russian Air Force over the Baltic and Black seas are already been greatly provocative. In fact, each time Moscow resorts to military pressure, it pushes European states closer together, reducing its ability to exploit their differences. Indeed, the joint statement from the meeting of US President Barack Obama and the prime ministers of Denmark, Finland, Iceland, Norway and Sweden underscores their shared strong condemnation of Russia’s aggression against Ukraine (RBC, May 13). The Nordics are traditionally devoted to peace, and some of them value their neutrality. But Russia’s penchant for wielding military instruments compel them to increase their security cooperation (Carnegie.ru, May 13).

The Russian High Command clearly expected that the extensive (even if entirely unnecessary) use of Kalibr-NK sea-launched cruise missiles in Syria would impress the neighbors and secure for Russia an increase in deterrence capabilities (RIA Novosti, May 6). US and European experts duly analyzed those Russian missile strikes (which have not been executed since December), but the main impression Westerners are left with is Russia’s apparent disregard for civilian casualties and its use of the war to market Russian weapons systems (Kommersant-Dengi, March 28). Meanwhile, Moscow’s intervention is stuck in a high-risk deadlock. The significant increase in engagement by the Russian ground forces has resulted in an inevitable rise in casualties (Novaya Gazeta, May 12). At the same time, Moscow preferred not to notice the recent Israeli air strike that exterminated a Hezbollah command cell, because Russia cannot reconcile its tactical battleground alliances with its strategic aim of asserting Russian influence in the Middle East (Gazeta.ru, May 13).

While Moscow’s negotiations with US Secretary of State John Kerry on fine-tuning the scope of the Syrian ceasefire yield some results, the larger problem of a profound miscommunication between Russia and the West is intensifying (Slon.ru, May 11). Russia’s European neighbors have to act on their unmistakable threat assessments, and they see Moscow’s determination to over-compensate for every step they take to upgrade their collective defense. But sustaining Russia’s demonstrative militarization looks impossible due to its stagnating economy (Kommersant, May 12). To European political minds, budgets are the very essence of strategic planning, and it is incomprehensible that Russia could escape from this reality check (Nezavisimaya Gazeta, May 11).

In the last few months, Russia noticeably reduced the intensity of its military activities, refraining from staging massive snap exercises in response to the North Atlantic Treaty Organization’s (NATO) small-scale exercises in the Baltic states and Georgia (see EDM, May 9, 13). Moscow made an effort to check the escalation of hostilities in Karabkh, it keeps the artillery duels in the Donbas war zone mostly under control, and may be even looking for ways to withdraw from Syria. Against the background of previous experiments with power projection, this self-restraint does not look entirely reassuring, and Putin has apparently concluded that such restraint does not pay. He is effectively committed to continue taking additional proactive steps, which come with risks and costs that most European politicians would generally find prohibitive. Russians may currently seem far less cost-conscious and risk-averse; but historically, no ruler has been able to correctly judge the moment when the Russian population suddenly decides that “enough is enough.” 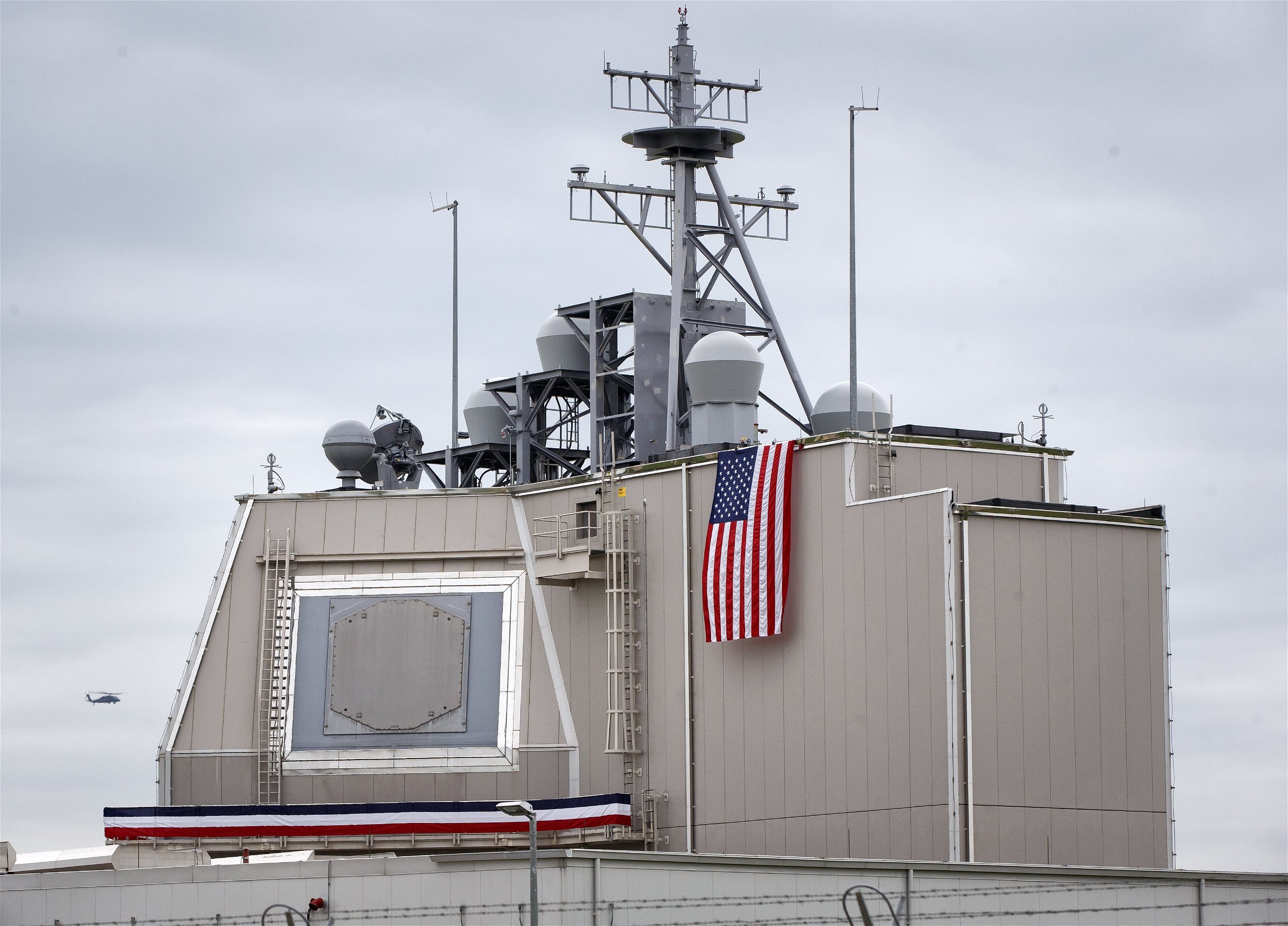 Back
The US, UK and Georgia Hold joint Milita..Next
Muslim Involvement in Dagestan’s Polit..

The Jamestown Foundation was proud to host a webinar on... END_OF_DOCUMENT_TOKEN_TO_BE_REPLACED

Jamestown Foundation Analyst Richard Arnold was interviewed by PolitiFact for a story on the Lie of the Year 2022, or Putin’s long list of lies... END_OF_DOCUMENT_TOKEN_TO_BE_REPLACED

The June 2015 issue of Militant Leadership Monitor starts off with a brief of Captain Abd al-Nasr Shmeir, a former Syrian soldier turned militia leader in the Damascus suburban area of Ghouta. Nicholas Heras follows this up with one on Shaykh Abu Rateb al-Homsi, a cleric who lead Harakat... END_OF_DOCUMENT_TOKEN_TO_BE_REPLACED