The recent decision of the Dagestani Spiritual Board of Muslims to participate in the parliamentary elections in the republic has reverberated across the region. The board plans to use the political party Narod Protiv Corruptsii (People Against Corruption) as their electoral vehicle. The first deputy to the mufti of Dagestan, Magomedrasul Saaduev, is likely to lead the de facto Muslim party (Onkavkaz.com, May 9).

This is the first attempt of an Islamic party to participate in the elections in the North Caucasus in years. According to observers, however, the prospect of Muslim parties starting to dominate republican politics terrifies both the Kremlin and the regional authorities. Given the ruling United Russia party’s political monopoly throughout the country, the Kremlin certainly does not want a popular political force to emerge. Moreover, the emergence of a de-facto Islamic political party in Dagestan will add to Moscow’s fears that the republic will eventually seek to secede.

The Muslim party could potentially win half of the seats in the regional parliament, according to some local experts. Others say the party can only win a few seats. Some regional analysts regard the Islamic leaders’ decision to participate in the election as a way to fight Dagestan’s corrupt political system. Others say that even if the party of Muslims receives a handful of seats, it will not be able to change the situation and will disappoint its constituents. An analyst with the independent newspaper Chernovik, Magomed Magomedov, said that the Dagestani Spiritual Board of Muslims until recently was the staunch supporter of the republican government. The board is made up of Sufis, and it has played a pivotal role in the government’s efforts to fight the spreading influence of the Salafists. If Sufi Muslims enter the elections as a separate force opposed to the government, the situation in the republic will change significantly, according to Magomedov. “An influential player comes out of the shadows and wants to publicly participate not only in the implementation of the decisions taken by the authorities, but also in the development of most of these solutions,” he said (Kavkazsky Uzel, May 8).

The governor of Dagestan, Ramazan Abdulatipov, signaled he was unhappy about Muslim leaders entering politics: “If I start doing religious affairs, Sheikh Magomedrasul Saaduev will view me with irony,” he said in April. “But if he starts doing politics, I will not be impressed in my turn. Everybody should do their own thing” (Onkavkaz.com, May 7).

Abdulatipov’s concerns are not entirely groundless. Chernovik has held two mock elections in recent years. In each one, the mufti of the republic, Ahmad-Haji Abdulaev, came in first ahead of all other candidates, including Abdulatipov. In the last mock election, Abdulaev received about 11 times more votes than Abdulatipov. The declining popularity of the Dagestani governor was also apparent in the municipal elections held in the republic last September, in which Abdulatipov faced an uphill battle to install his men in some municipalities. One key city, Buinaksk, repeatedly rejected United Russia’s (i.e. Abdulatipov’s) candidates and instead preferred those of the previously unknown Veterany Rossii (Veterans of Russia) party. The Muslim leadership is also quite strategic in choosing its political alliances, displaying a high degree of political savvy. Sensing that the Kremlin would be afraid of a quasi-Islamic party, the Muslim leaders have reportedly invited local politicians and security officials into their coalition, including the former secretary of the republican Security Council, the deputy head of the Jewish society of Dagestan, a former official from the government agency for combating illegal drug trafficking, and others. In fact, it appears that some other opposition forces in Dagestan have already started to rally behind the de-facto Muslim party Narod Protiv Corruptsii (Onkavkaz.com, May 7).

Moscow will probably dislike the Muslim party even if it professes complete loyalty. What may be happening is that Muslim loyalists now want to deal with Moscow directly without middlemen like Abdulatipov. While Moscow may not appreciate such a development, it may regard it as a better alternative to the rise of Salafists. Improving the public standing of the Sufi Muslims could subdue the Salafists. It is interesting to note that news of the Sufi Muslims entry into politics coincided with reports of continuing suppression of Salafists in Dagestan. On May 11, law enforcement officials reportedly detained the representative of a Salafist mosque in Makhachkala, Magomed Magomedov. The next day, the police charged him with possession of illegal drugs and weapons, something his supporters vehemently deny (Kavkazsky Uzel, May 12).

Although Moscow’s first preference would be to deal with a secular loyalist government of Dagestan, it appears that the situation may develop in such a way that the Russian government will start seeing Islamic loyalists as its temporary allies. If the new set of policies are adopted, the situation in Dagestan is likely to develop in ways that are hard to predict, and some form of an officially approved cohabitation between the secular and religious authorities may become possible. 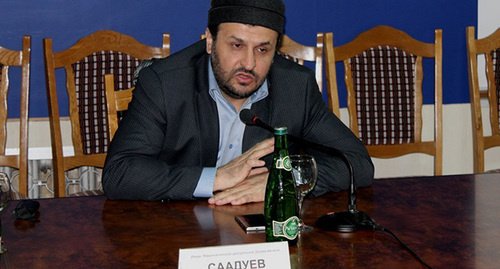