During his recent trip to Kazakhstan, Turkmenistan and Iran, Russian Defense Minister Sergei Shoigu repeatedly spoke about the need for a joint effort against terrorism. “We need to discuss everything happening in the world, to look at and draw up additional joint measures in the fight against terrorism. I hope today we will have such an opportunity,” Shoigu told his Kazakhstani counterpart, Imangali Tasmagambetov, on June 8 (TASS, June 8).

Indeed, the situation in the region has become truly threatening. According to the Russian Ministry of Foreign Affairs, “It must be acknowledged that the military and political situation in [Afghanistan] remains extremely tense. The Taliban continues to fight in a number of provinces. They extensively use terror against their compatriots, with civilians accounting for most of the victims. The ISIS [Islamic State of Iraq and Syria—a former name for the Islamic State terrorist group] branch in Afghanistan also remains as active as ever” (Mid.ru, June 3). The chief of the Russian General Staff, General Valery Gerasimov, was also quite clear in his risk assessment. “There are currently up to 50,000 militants in Afghanistan united into more than 4,000 units and groups of different kinds. The core is the Islamic Movement Taliban [sic] with more than 40,000 militants,” Gerasimov said last October, at the opening of an international security forum on Afghanistan, hosted in Moscow by the Ministry of Defense (TASS, Oct 8, 2015).

In such a situation, the post-Soviet authoritarian Central Asian regimes that border Afghanistan—Uzbekistan, Tajikistan, Turkmenistan—are all under serious threat. Poverty and arbitrary governance by their authorities create an ideal breeding ground for spreading radical militant Islamist ideas. In the coming years or even months, these countries could likely experience multiple riots and popular uprisings. The first signs of such future conflicts can be seen today. Just this past month (June 5), several dozen extremist gunmen, allegedly linked to jihadist groups in Syria, targeted the city of Aktobe in a deadly terrorist attack (Kazakh-tv.kz, June 9; TASS, June 14). Whoever organized this attack, it is particularly alarming for Moscow. Kazakhstan is the only barrier that separates Russia from instability in Central and South Asia. But the Russian-Kazakhstani border, which is much longer than the Russian-Chinese frontier, exists only on maps. It can be easily penetrated. In a worst-case scenario, tens if not hundreds of thousands of refugees could one day appear on Russia’s southern steppes near Orenburg oblast. Almost certainly, armed gangs would attempt to blend in among these refugees.

It should be recognized that Moscow identified this threat early. As soon as it became clear that the North Atlantic Treaty Organization (NATO)–led international peacekeeping coalition would withdraw from Afghanistan, Russia began to create a Collective Rapid Reaction Force within the Collective Security Treaty Organization (CSTO). The existence of this unit implies that Russia would, at an early stage, seek to intervene in an internal conflict occurring in Central Asian. And in fact, the strategic military exercise Tsentr (Center) 2015, held last September in the Central Military District (MD), demonstrated how Moscow intends to act in a moment of crisis in the region. First, a paratrooper regiment would take an airfield in the country that was captured by “terrorists.” Then, an airborne division would deploy. At the end of the day, a 90-thousand-man Russian ground force would arrive to the area (Voenno-Promishlenniyi Kuryer, November 4, 2015).

In this regard, it would be logical to assume that Shoigu would propose additional measures for military cooperation with the Central Asians, which would facilitate the realization of such a scenario—whether via joint exercises or even the establishment of new Russian military bases in the region. But Shoigu said something totally different: “We are paying special attention to [the] development of […] Russian-Kazakhstani ties in the field of air missile defense. We have delivered the S-300PS air missile defense systems and missiles for them to Kazakhstan free of charge with an aim to strengthen the unified regional air missile defense system” (TASS, June 9).

S-300 batteries are entirely inappropriate for confronting the threat posed by paramilitary groups linked to the Taliban, al-Qaeda or the Islamic State. A regional air defense system based in Central Asia could cover Russia from a threat posed by China (considered Moscow’s “strategic ally”) or Iran (which has become a de facto ally of Moscow in the course of operations in Syria). But it is useless in a fight against the main threat to the security of the Central Asian states—terrorism and incursions by militant groups from the South. Yet, at the same time, a unified air defense system is the only program of military integration in the region that Russia is able to offer without promising to deploy more troops to the region.

Currently, Russian strategy is undergoing a major shift in focus: Russia’s war machine is pivoting from the South to the West. It has now become known that in parallel with the formation of three new divisions—two in the Western and one in the Southern MD (see EDM, April 5)—Russia is also moving to the Western border two separate motorized rifle brigades from the central parts of the country. The 28th Separate Motorized Rifle Brigade has already begun its redeployment from Yekaterinburg (Sverdlovsk oblast) to Klintsy (Bryansk oblast, on the border with Ukraine and Belarus). And the 23rd Separate Motorized Rifle Brigade began its redeployment from Samara to Valuyki (Belgorod oblast, north of eastern Ukraine) (Nezavisimoye Voennoye Obozrenie, June 10). Both units were previously subordinated to the Central MD, whose area of responsibility includes Central Asia. Now they become part of the Western MD and will have to prepare for a confrontation with NATO or Ukraine.

Consequently, the Central Military District today has fewer troops available to execute, if need be, the scenario practiced in the Tsentr 2015 exercise. It will not have enough troops to reinforce a ground invasion. And at the same time, Russia’s on-the-ground ability to ensure a successful deployment into Central Asia has also been weakened. In 2015, Major General Eugene Tubal, the commander of Russia’s largest overseas military facility, the 201st base in Tajikistan, insisted that the number of soldiers at the base would be increased from 5,900 to 9,000 over the next five years (Fergananews, April 4, 2015). However, a few months ago, Moscow decided to downgrade the strength of the 201st base from a division to a brigade (TASS, January 30). Clearly, Moscow is ignoring a real military threat in order to take part in a new cold war. 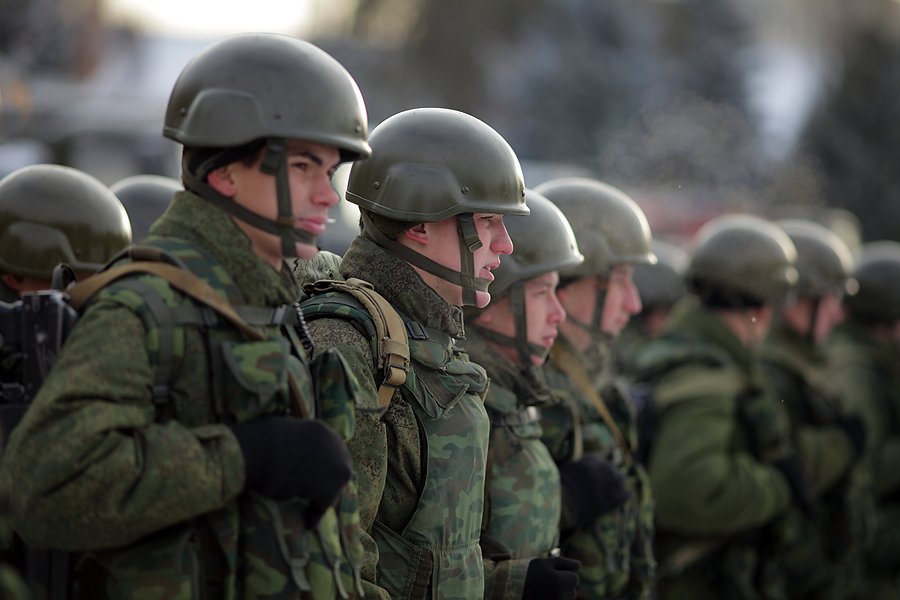