Ahead of the North Atlantic Treaty Organization’s (NATO) July 8–9 summit in Warsaw, commentators widely expect the Alliance to adopt a range of measures to boost security on its northeastern and eastern flanks. Moscow, however, notes a number of “signals,” such as the movement of United States aircraft carriers into the Mediterranean Sea or the activation of the missile defense base in Romania, as sending messages to Moscow in the context of rising NATO-Russia tensions. Yet, such moves also highlight NATO’s concern about sub-state threats from its south. Nonetheless, Moscow sees the Warsaw Summit as continuing a pattern of reinforcing the Alliance against Russia that was cemented in Wales in 2014. Meanwhile, there is little doubt that in the aftermath of the Warsaw Summit, Moscow could choose to generate an upsurge in violence in Donbas; though, for now, the Kremlin seems content with a simmering conflict, and at least in recent months (see EDM, June 13), has generally been careful to avoid conflict escalation (Izvestia, June 10; Novaya Gazeta, June 6; RIA Novosti, May 22).

The precise contours of Russia’s response to the Warsaw Summit are open to question. However, Russian commentators note that the sources of friction with NATO go well beyond Ukraine. According to the latest iteration (December 2015) of Russia’s National Security Strategy, the principal threat to Russian security stems from the danger of color revolutions. NATO’s public diplomacy activities are considered tied to Alliance information strategy. These technologies, according to Russian experts and policy makers, can be harnessed to prepare color revolution and organize a coup d’état. Consequently, Moscow sees NATO and the US actively engaging in information warfare against Russia. Therefore, the Kremlin is likely to focus on strengthening national and collective defense (Nezavisimoye Voyennoye Obozreniye, February 26).

Much of the speculation concerning the nature of Moscow’s interpretation of the upcoming NATO summit and how Russia might react follows patterns visible over missile defense. Any strategic response is heavily tied to Russian military capability; this, in turn, raises questions as to the extent exaggerations of Russian military capability are taking root within Alliance planning. Significant scope exists for misinterpretation, especially concerning advances made in Russia’s military modernization, or the extent to which it is achieving force integration or successfully adopting command, control, communications, computers, intelligence, surveillance and reconnaissance (C4ISR) (Nezavisimoye Voyennoye Obozreniye, June 10).

Despite the rhetoric from Moscow, its political appetite remains for limited cooperation with NATO, recognizing that Alliance members are divided over Russia, while the organization faces reorientation from “out of area operations” to return to a collective defense focus. These challenges are internal to the Alliance, and Moscow perceives lack of unity as an impediment to devising a genuinely challenging policy toward Russia. Into this policy maelstrom fall variables such as the changing international security environment, the extent to which European unity over sanctions against Russia can hold indefinitely, or the implications for US-Russia relations of the presidential election in the United States (Regnum, December 4, 2015).

Statements by the Russian political-military leadership and the evolution of the state’s national security documents point to long-running and sharpening differences with the Alliance, which are frequently over simplified, couched in political rhetoric, or considered by both sides simply as part of an information campaign. Russian analysts oppose NATO enlargement, the moving of military infrastructure “closer to Russia’s borders,” and missile defense tied to emerging capabilities such as US Prompt Global Strike. Nonetheless, they also articulate more nuanced views concerning the roots of the Russia-NATO divide and how this may play out in the future. Moreover, it is important to understand how the Russian security elite and top brass came to see NATO as the main threat to Russian security, despite the existence of seemingly more pressing threats, including international terrorism, extremism or separatism (Topwar.ru, May 25, 2013).

These differences are not only political, but relate to cultural, historical and value-based issues. While Moscow and NATO interpret the Ukraine crisis and its origins quite differently, this basic interpretative dichotomy resonates throughout all areas of dispute between Washington-Brussels and Moscow. Putin, like much of the Russia’s security elite, remains heavily influenced by NATO’s bombing of Serbia in 1999, which serves as a pretext for Russian policymakers to question NATO’s self-identification as a defensive alliance or its commitment to upholding international legal norms. Moscow assesses NATO as a destructive organization constituting a threat to international security and to Russia’s national interests, and this interpretation permeates Russian perspectives on the recent history of NATO’s out-of-area operations: a catalogue of failures that has resulted in unintended destabilization in its wake, Russia argues. One recent article in Nezavisimoye Voyennoye Obozreniye divides NATO’s recent development into three stages: Its first phase (1989–1999) featured enlargement and a shift to circumventing international law; a second stage (1999–2010) was marked by boosting NATO’s presence in strategically important regions, continuing expansion close to Russia’s borders and building global partnerships, and agreeing to deploy a missile defense system that “may threaten” Russia’s strategic deterrent; the third stage (2010–present), is exemplified by developing global functions and devising strategies to effectively confront or contain Russia. The underlying driver in these developments is to afford a global role for NATO, the article concludes (Nezavisimoye Voyennoye Obozreniye, May 27).

However, since Putin came to power in 2000, Moscow has sought to invest its national security strategy with an adaption of its national values and interests in pursuit of balanced and equal dealings with NATO; in the Kremlin’s view, this flexible strategy has permitted cooperation and also facilitated Moscow’s “independent action” in its interests in Georgia, Ukraine and Syria. Thus, ahead of NATO’s Warsaw Summit, Russian policymakers consider the adoption of “reassurance measures” as innately anti-Russian, but also consistent with the Alliance “acquiring global functions” rooted in its recent appetite for out-of-area intervention and creating “zones of controlled chaos” in strategically vital areas. In this context, Moscow expects anti-Russian rhetoric to mark the NATO summit, but also believes that Western policymakers perceive other security issues, such as the Islamic State or migration, as perhaps more pressing than Russia (Nezavisimoye Voyennoye Obozreniye, May 27).

Moscow foresees further NATO enlargement, deepening internal divisions over Russia-linked policy challenges or how to deal with them, and an overall appetite to resist dealing with Moscow as a potential partner. In turn, Moscow will likely use rhetoric as its main response to the Warsaw summit, while undertaking cautious adjustments to its defense posture, awaiting the political implications of the change of the US president among other factors in its strategic calculus. 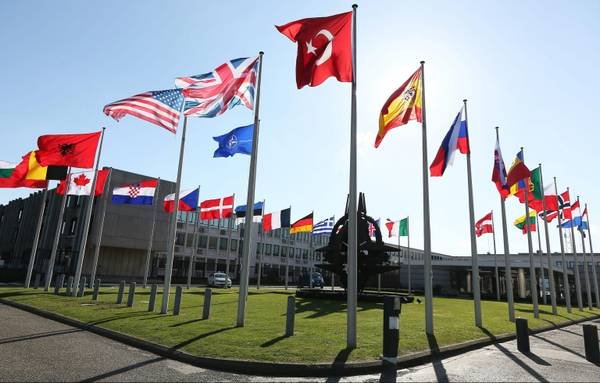 The Jamestown Foundation is proud to present a webinar on China’s... END_OF_DOCUMENT_TOKEN_TO_BE_REPLACED

On May 18, Senior Fellow Janusz Bugajski participated in a panel hosted by the European Conservatives and Reformists Group in the European Parliament, titled “The... END_OF_DOCUMENT_TOKEN_TO_BE_REPLACED

The May 2021 issue of Militant Leadership Monitor features a brief on Waad Qado, the leader of the Iranian-backed Popular Mobilization Force’s 30th Brigade that is currently on the frontlines of geopolitical tensions in the region; a look at Rashid Mwalimu, an al-Shabaab fighter trained to be a pilot... END_OF_DOCUMENT_TOKEN_TO_BE_REPLACED