Having illegally occupied Crimea and worked to destroy the Milli Mejlis (the de facto quasi-governing assembly of the Crimean Tatars) and all other independent Crimean Tatar organizations, Moscow is now offering that nation an ersatz form of autonomy. Russian propagandists will undoubtedly use this alternative to undermine the will of the Crimean Tatars, the most consistent opponents of the Crimean Anschluss. Moreover, this substitute form of “autonomy” will be used to confuse people in the West about what Russia is doing in Ukraine by implying that it is supportive of the Crimean Tatars when, in fact, it is just the reverse.

On Sunday, Zaur Smirnov, the head of the Russian occupation’s state committee for inter-ethnic relations and deported citizens, announced that “Crimean Tatars who live in various regions of Russia intend to establish a federal national-cultural autonomy.” He described this arrangement as “a form of national-cultural self-determination, which allows representatives of this or that ethnic community to independently decide issues of the preservation of their uniqueness, the development of their language, national culture and education” (RIA Novsoti, Nazaccent.ru, June 12).

The goal of that institution, Smirnov said, is “to consolidate all Crimean Tatars who live in Russia: the head of [it] will be represented in the Presidential Council on ethnic issues, which includes all the leaders of federal-level autonomies. At the present time, there are 16 such federal-level autonomies who represent some but not all of the more than a hundred local and regional national-cultural autonomies in the Russian Federation.”

All this may seem like a positive development to those who do not know the history and current state of such organizations in Russia. But there are three reasons why these institutions, which began to appear in 1996, after Moscow adopted a law on them, are in most cases more a symbolic deception than a real deference of the state to the needs of particular ethnic groups.

First and perhaps most importantly, these institutions are more symbolic than real. They were established and remain legally defined as non-governmental organizations (NGO), rather than governmental bodies. As such, they cannot collect taxes, make binding decisions even on their members, or give orders to government officials on the territory where they live. Indeed, according to the provisions of the 1996 act on national-cultural autonomies, they have even fewer rights than NGOs that are not tied to ethnic communities, because of Russian government restrictions on the use of nationality in that sector.

Second, Moscow has repeatedly used these institutions to block efforts by ethnic communities to either establish or re-establish ethnic territorial autonomies. Thus, the Russian Germans were accorded a federal national-cultural autonomy in order to keep them from demanding the restoration of a German autonomous republic, as Russian legislation had required. It appears that the Russian authorities are doing exactly the same thing in the case of the Crimean Tatars, thus squelching their hopes that Vladimir Putin will live up to his promise to fully rehabilitate them—again, as Russian law requires.

And third, the Russian authorities not only are using this device against groups that do not have territorial autonomy—the chief form of defense of ethnic rights in the Russian Federation—but also against those that do. Indeed, some political commentators argue that national-cultural autonomies should replace national-territorial autonomies as Russia continues to move toward a highly centralized unitary state (for a discussion of such notions, see Alexander Osipov, “National Cultural Autonomy in Russia: A Case of Symbolic Law,” Review of Central and East European Law, 35:1 (2010), pp. 27–57).

But despite all this, the Crimean Tatars may be able to exploit this new structure for their own purposes by increasing contacts among their communities across the former Soviet space and even by advocating for the advancement of their interests as some other federal national-cultural autonomies have done. Perhaps the most successful such approach has been pursued by the Azerbaijani federal national-cultural autonomies, which has used this structure to promote Baku’s positions on a wide variety of issues and to oppose Russian policies its members and the Azerbaijani government dislike. It will be far more difficult for the Crimean Tatars to follow this example given their numerically smaller size and lack of a co-ethnic state abroad. But the possibility they will do so suggests that the Kremlin will allow their ersatz autonomy even less freedom of action than it affords to other nationalities within Russia. 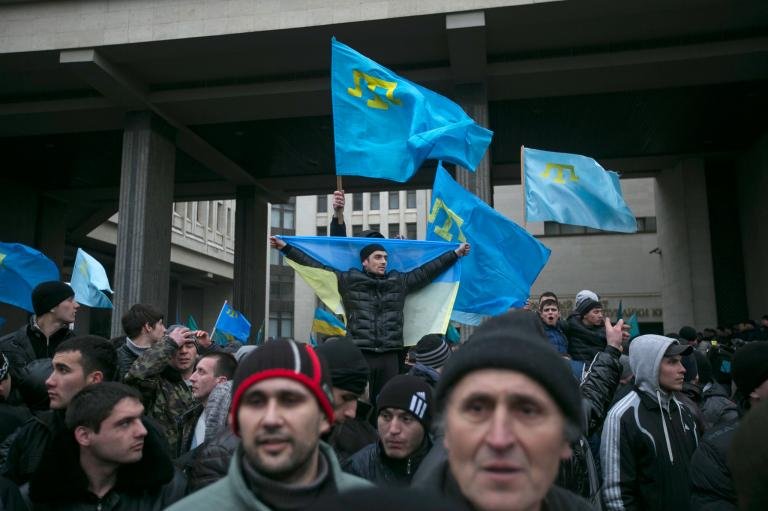 Back
On the Illusion of Russian ReformsNext
Moscow Anticipates Anti-Russian NATO Sum..

On August 4, the Jamestown Foundation held a webinar  on... END_OF_DOCUMENT_TOKEN_TO_BE_REPLACED

Jamestown Senior Fellow Margarita Assenova was featured in an event with the New Lines Institute for Strategy and Policy on Capitol Hill. The event was... END_OF_DOCUMENT_TOKEN_TO_BE_REPLACED

The Occasional Paper, entitled “Northern Nigeria’s Boko Haram: The Prize in Al-Qaeda’s Africa Strategy” is now available for purchase on our website. This Occasional Paper examines the evolution of al-Qaeda’s Africa strategy from its focus on East Africa in the 1990s to the entire African continent by the mid-2000s.... END_OF_DOCUMENT_TOKEN_TO_BE_REPLACED