On May 25, 2016, one and a half years after the economic crisis hit Russia, President Vladimir Putin called together a session of the Economic Coun­cil Presidium, an advisory body established back in 2012, but last convened two years ago (Kremlin.ru, May 25; Vedomosti, April 5). In early May, the vast ma­jority of economic experts in Russia expected the Economic Council meeting to not only deliver some vital decisions (Gazeta.ru, May 22), but also reveal the president’s choice between former finance minister (2000–2011) Alexei Kudrin’s “libe­rals” and “the conservatives,” led by economist and former Duma member (1993–2007) Sergey Glazyev and Boris Titov, a businessman and leader of the Party of Growth (Vse.nov.ru, May 17). Yet, several weeks after the session concluded, nothing seems to have changed on the Russian economic scene. Why was this the case, and what can observers of Russia’s economic situation expect in the near term?

Regarding the lack of any meaningful progress on the economy after the May 25 Economic Council session, the answer hinges on President Putin’s personality. Putin seemingly does not like to make crucial decisions under pressure—and in recent months, prominent Russian economists and high-level government bureaucrats have relentlessly tried to persuade him there was no alternative to decisive action from the Kremlin (Slobodnaevropa.org, February 10; Sputnik News, February 20, 24; TASS, April 20). Moreover, any of the proposed options demand risky moves: either to liberalize “the perfect system” Putin has built for years, or to inject more money into the economy, thus risking provoking a sharp rise in inflation and other key rates. Nonetheless, Putin’s approval ratings have remained high and the oil price is rebounding, so there may be no need for painful reforms at the moment. In other words, the economic situation in Russia is apparently still not challenging enough to force Putin to respond.

The answer to the second question—what one can expect of the economy in the coming months—is much more complicated. First of all it is still uncertain who will prevail in the standoff over the response to the economic crisis—Kudrin with his liberal prescriptions, or Glazyev with his ideas mostly borrowed from the Soviet past. Prior to the Economic Council Presidium meeting at the Kremlin, Kudrin announced that he would draft a new economic agenda (RIA Novosti, May 23). And almost imme­diately thereafter, he engaged in various brainstorming sessions on fixing the Russian economy (Vz.ru, June 4). Consequently, the majority of analysts proclaimed him the victor in the battle for ideas. But in fact, it should be noted that Kudrin’s opponents from the so-called “Stolypin Club” already presented the­ir economic program at least six months earlier and are constantly redrafting it. So Kudrin should not consider his proposals to definitely be the Kremlin’s ultimate choice. His ideological adversaries will likely have something to say at the next session of the Economic Coun­cil, if it happens. Thus, the economic policy situation in Russia remains incredibly uncertain.

The next point that should be taken particularly seriously is the topic of timing. Kudrin said that the contours of his program will be presented in the “summer of 2017” (Mir24.tv, June 5), which means they will not deal with the causes or even the immediate consequences of the current crisis. If the timeline for action is this long, one should perhaps admit that the former finance minister is writing an economic agenda for the fourth (or the fifth, as some may like to call it) Putin term—rather than for the present. If that is the case, the whole affair differs substantially from any kind of anti-crisis management. Rather, it appears designed to influence the president and his economic rhetoric during the 2018 reelection campaign and, in the end, to sway the selection of a new prime minister after Putin is reinstalled in the Kremlin. If so, the core logic of the process is preoccupied not with pursuing economic reforms, but with the amount of influence its proponents ho­pe to gain over Putin in a medium-term perspective (Forbes.ru, May 24).

For further clarity, it is worth focusing primarily on the bureaucratic sources of the current debate. The Russian public is exhausted with unending news of the Ukrainian crisis, Moscow’s Syrian campaign, and the constantly trumpeted “successes” in the “Russian world” (“Russkiy mir”). As domestic eco­nomic problems magnify, it seems natural to turn attention to this particular sphere. As such, the economic reform policies currently being debated may be used not only to calm the Russian people but also to justify the composition of the next government, which will probably suc­ceed Prime Minister Dmitry Medvedev’s cabinet after 2018.

At the same time, the chances for real change remain miniscule since the initial results of Kudrin’s economic brain­storming sessions have been rather meager and their conclusions already widely evident. For example, Kudrin’s team of analysts listed “three systemic risks” currently facing the Russian economy, all of which are quite obvious: the low quality of government decisions, a high risk to investors, and the uncertainty regarding Russia’s position in the global markets (RBC), June 4). The debate on May 25 showed that the Russian president refuses to even discuss minor changes to his foreign policy course (Expert.ru, May 30), so the reformers’ space for maneuver is limited from the very beginning. And of course, the siloviki (security services personnel) have said nothing yet about the competing programs, while their capacity to influence the debate should not be underestimated.

In conclusion, what is happening in Russia these days seems to be not the beginning of a new Mikhail Gorbachev–style perestroika, which would be able to produce some visible changes both in the economy and in society as a whole, but rather something similar to Dmitry Medevedev’s modernizatsia, which had produced no real results—already, few remember it. Russia proved, in 2008–2012, that it cannot modernize (Eurozine.com, February 21). And similarly, in 2016–2020, it will prove that it is incapable of building a competitive and effective liberal economy. Undoubtedly, as soon as the 2018 election campaign is over, the economic agenda will once again be forgotten. 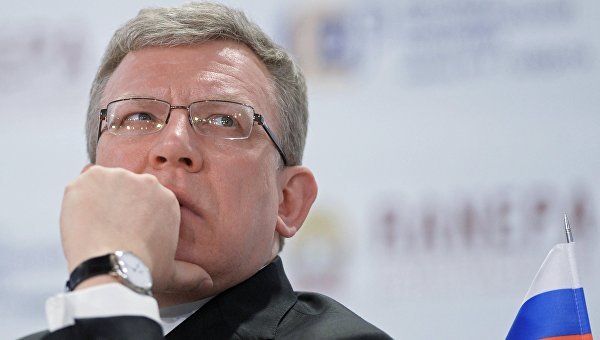