Normally, the State Security Service’s annual report to the parliament primarily assesses risks connected to Russian activities in Georgia. And this year, the report was titled “The Occupied Territories and Presence of Foreign Military Forces There as the Main Challenge for the State Security Service.” While delivering his remarks last week, however, Izoria also extensively covered the government’s efforts at fighting the terrorist threat—an issue explicitly explored in the report as well. In particular, he addressed the outflow of Georgian citizens from Pankisi Gorge, Kvemo Kartli and Ajaria to the Middle East to fight for the Islamic State (IS) (see EDM, December 1, 2015).

Out of a population of 3.6 million, 14 percent of Georgian citizens identified themselves as Muslims during the last census. Chechen-Kists from Pankisi and ethnic-Georgian Ajars are Sunni while the ethnic-Azerbaijani population of the Kvemo Kartli region is Shia (Georgiatoday.ge, March 29).

Izoria told legislators that the number of Georgian citizens who go to fight for the IS “rapidly decreased in the period between August 2015, when the State Security Service was separated from the Ministry of Interior, and December 2015,” as compared to the previous year. “As a result of our preventive steps, in the recent period, unlike the previous period, there has actually been no outflow of Georgian citizens” to the Middle East, Izoria asserted (Georgiatoday.ge, March 29).

The deputy head of the Georgian State Security Service added that amendments to the Criminal Code, which were passed by the parliament in January 2015, on the recommendation of the interior ministry, helped the agency to stop the recruitment of militants. The amendments significantly increased penalties for individuals who join “illegal armed groups” abroad as well as individuals who recruit them on Georgian territory and help them to travel to Syria and Iraq (RFI, January 17, 2015).

Levan Izoria told the deputies that “during the reporting period, the security services prevented 40 attempts by Georgian citizens to leave the country to join extremist groups.” He also stated that the authorities blocked entry to 1,014 foreigners intent on spreading radicalism and seeking to recruit new militants in Georgia. At the same time, the official admitted that “there are up to 50 Georgian citizens in Syria and Iraq,” fighting for extremist organizations. Nonetheless, the State Security Service’s March 2016 report says that Georgian government agencies “have information on those individuals and will prosecute them according to the existing laws, should they return to Georgia.” The report points out that “although Georgia is not among the countries with a high risk of terrorist attacks, challenges remain, including the challenge of radicalization.” Moreover, the Islamic State group has made some recruitment inroads in certain parts of the country (Civil Georgia, March 29).

The report emphasizes the “decisive” importance of cooperation with foreign intelligence services, including the United States’ Central Intelligence Agency (CIA), the United Kingdom’s MI6 and the German Federal Intelligence Service (BND). This cooperation has allowed Tbilisi to compile comprehensive lists of potential terrorist threats to “both Georgia and the international community,” Izoria said (Georgiatoday.ge, March 29).

Probably in part thanks to such information sharing, the US carried out a successful attack, at the beginning of March, against the jihadist group led in Syria by one of the most notorious militant commanders from the Pankisi Gorge, Omar al-Shishani (Tarkhan Batirashvili). Many observers regard Omar al-Shishani as one of the most influential IS commanders. The militant’s father, Timur Batirashvili, who lives in the village of Birkiani, in Pankisi Gorge, says that his son was not killed in the US attack but was seriously wounded (RFE/RL, March 10).

An expert on the Caucasus, Mamuka Areshidze, said that the report of the Georgian State Security Service as a whole accurately reflects the scope of the terrorism threat and the outflow of extremists to the Islamic State. However, according to the expert, Ajaria is under increased risk now. “A year ago, I was certain about the source of the largest flow of recruits from Georgia to ISIL [Islamic State of Iraq and the Levant—another common name for the IS group] being in Pankisi Gorge, where the Chechen-Kists live. However, the situation is changing. According to information I have, ISIL’s recruiters are quite active in Ajaria. Hence, we should pay attention to that region of our country,” Areshidze said (Author’s interview, April 1).

The expert also confirmed that, as a result of the Georgian security services’ activities, “the majority of the ISIL emissaries on the territory of Georgia were placed under arrest, ran away or ceased their activities.” But the risk has not disappeared, he warned. And Georgian extremists looking to join the IS simply seek alternate routes. One new option has been to fly from Tbilisi to Kyiv to Istanbul because the direct flight from Tbilisi to Istanbul has become too difficult. Some Georgian Azerbaijanis from Kvemo Kartli first travel to Turkish Cyprus and then attempt to reach Syria or Iraq from there, he explained (Author’s interview, April 1).

Nino Burchaladze, a journalist with the weekly magazine Kviris Palitra who closely follows developments in the Pankisi Gorge, noted in an April 1 interview with this author, “I cannot say that the number of Georgian citizens who have gone to fight for ISIL in the past six months equals zero. However, the security services have actually sealed the border with Turkey, where they established serious screening procedures for individuals who come under suspicion.” Still, the journalist said she would not exclude the possibility that Georgian citizens still go to Syria and Iraq “via third countries where they pretend to travel for work-related purposes.”

Burchaladze thinks that the Islamic State’s latest military setbacks in the Middle East also decreased the number of willing recruits among the Georgian citizens. “The US, Russia, and Syrian and Iraqi armies, along with the Kurdish armed groups, all attack ISIL,” she said. “Hence, young radical Muslims who live in Georgia do not see ISIL in a romantic light as they did before” (Author’s interview, April 1).

Thus, effectively stopping the outflow of jihadist recruits from Georgia and other countries will require more than just efforts by the security services. A comprehensive strategy, if Burchaladze is correct, will apparently also depend on continued military strikes against IS forces on the ground in Syria and Iraq. 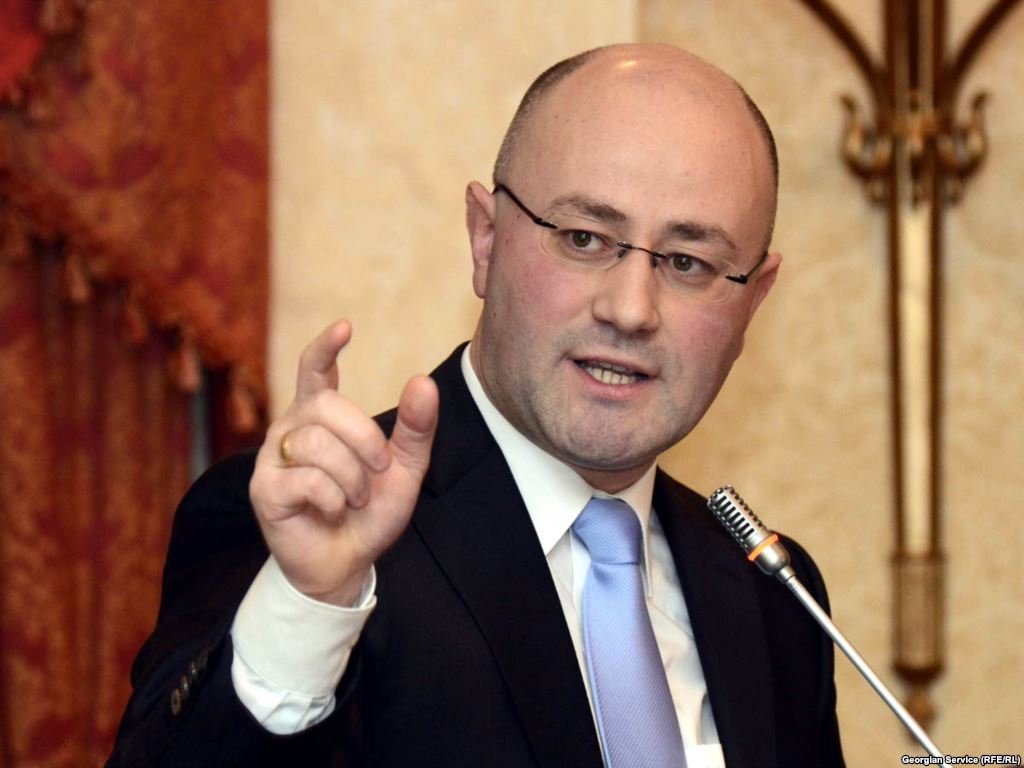 The Jamestown Foundation was proud to host a webinar on... END_OF_DOCUMENT_TOKEN_TO_BE_REPLACED

Jamestown Foundation Analyst Richard Arnold was interviewed by PolitiFact for a story on the Lie of the Year 2022, or Putin’s long list of lies... END_OF_DOCUMENT_TOKEN_TO_BE_REPLACED

Between Brussels and Beijing: The Transatlantic Response to the Chinese Presence in the Baltic Sea Region serves as a comprehensive analysis of China’s presence in the Baltic Sea littoral countries and subsequently related developments in the domains of education, finance and infrastructure. Scholars Olevs Nikers and Otto Tabuns together... END_OF_DOCUMENT_TOKEN_TO_BE_REPLACED