Omani youth, according to one recent poll, see the ideology of Islamic State (IS) as the largest obstacle facing their Gulf nation (Times of Oman, April 16). The survey, conducted by international polling firm Penn Schoen Berland, found that young Omanis – and indeed many Arab youth across the Middle East – are far from open to the violent organization that has increasingly exploited vulnerable populations on a global scale.

Despite the fears of IS’ violent ideology, peaceful Oman scored a zero on the on the 2015 Global Terrorism Index (GTI), a survey that looks at four indicators: the total number of terror incidents, fatalities caused by terrorists, injuries produced, and the measure of total property damage from terrorist incidents within a given year (Institute for Economics and Peace, 2015). Qatar was the only other Gulf nation to score similarly. The GTI, however, makes no determination of how many people have been radicalized and recruited to militant causes within a state. Qatar has seen at least 15 of its nationals joined IS, leaving Oman as the Gulf State’s safest nation (Gulf News, November 2015).

This article looks at the reasons for Oman’s success and asks if the oft-overlooked Gulf State can, under Sultan Qaboos bin Said, serve as a counter-terrorism model for other members of the Gulf Cooperation Council (GCC).

Sultan Qaboos came to power in 1970 in a British-backed coup. His rise ushered in what has been described as Oman’s “modern era” (IBT, November 28, 2015). Prior to this, Oman’s southern Dhofar Governorate had adopted the Marxist-style ideologies of South Yemen, but Qaboos’ takeover took the country in another direction. He worked to modernize the nation. He bolstered the country’s infrastructure and tackled the under-development, poverty, and ethnic divisions that had existed under his father, Said bin Taimur, eroding the conditions that might have allowed radicalization to find purchase. The education sector was reformed and properly funded, and the country’s then-separate northern and southern regions were brought together and sealed under the Sultanate of Oman (Country Studies, 1993).

Such reforms have created an environment where it is tough for radicals to take hold, despite the presence of militant groups in neighboring Yemen and Saudi Arabia.

Despite economic and structural reforms, Oman remains a socially conservative nation, whose citizens strive to protect their values and traditions in marriage and religious practice. Nonetheless, Omanis expect equal treatment and pay, regardless of gender. State interference in citizens’ lives is limited, particularly in terms of employment and expression of faith, in contrast to, for example, the mutaween of Saudi Arabia. The Omani government does not record statistics regarding the religious practice of it population, although in this case noninterventionism in the personal affairs of citizens appears to arise largely a result of a lack of interest (Gulf State Analytics, June 17, 2015).

The dominant school of Islam in Oman is Ibadism, an Islamic religious philosophy that predates both the Sunni and Shia sects of Islam and is known for its tolerance of other faiths. Sunni and Shia minorities exist in Oman without the tension seen in other Middle Eastern and North African nations (Gulf State Analytics, June 17, 2015).

As a 75 percent majority population, the Ibadi faith and teachings has affected the formation of law, ranging from forbidding proselytization to moderating the application of the death penalty. Ibadism is also reflected in Oman’s foreign policy, giving the country a distinctively tolerant position on the global stage.

As a result of the Ibadi tradition, Oman works to prevent radicalization by promoting freedom of thought and belief, although this remains marred by social pressures and state censorship of the media (The US-Middle East Youth Network, March 18). Opinions on God and the government, and Sultan Qaboos in particular, remain taboo subjects to criticize since such views can be seen as aggressive (Human Rights Watch, 2016). This month an Omani journalist was arrested for expressing his political beliefs, sparking debate over the Sultanate’s real views on freedom of speech (Gulf News, May 13).

Despite a high degree of tolerance for religious expression, Oman has put in place robust anti-terrorism legislation. In April, the Shura Council approved amendments to the Anti-Money Laundering and Financing of Terrorism Acts, which target money laundering and the financing of terrorism (Gulf News, April 4). The move is an attempt to confront terrorist activity at a grassroots level, tackling financiers of criminal activity and bolstering the ability of law enforcement to track down offenders. Heavier penalties and longer jail sentences have also been put in placed under the amendments (Gulf News, April 4).

With violent radical groups harbored in neighboring countries, Oman is also concerned with the protection of its own borders. The crisis in Yemen, however, demonstrates that the Omani leadership would prefer to act as a mediator than institute military force. Oman is the only GCC nation that has yet to join the Saudi coalition in Yemen. Instead, it has taken a role in critical negotiations between the Yemeni government and rebel forces, as well as talks between the United States and representatives of Yemen’s Houthis. The Sultanate has even brokered the release of hostages held in the country (Al Arabiya, May 23).

While Oman is not a proponent of hard power on the international stage, its diplomats continue to play a role in counterterrorism in the international arena. This was affirmed recently by the Sultanate’s presence at an international conference on the subject in Geneva last month (Time of Oman, April 10).

Despite being situated in a conflict-prone region, Oman, through persistent initiatives to bolster education, boost societal development and maintain in the integrity of its borders, has avoided terrorist attacks and the radicalization of its nationals.

Modernizing efforts have helped meet the population’s social and economic needs without uprooting Omanis from their culture and heritage. Non-interventionist foreign and domestic policies are at the forefront of Oman’s security policies. It has forged a position as a mediator, not only for the GCC but for Western nations as well, recently hosting talks between American and Iranian officials in relation to the Iran nuclear deal (Al Monitor, April 29).

While not every nation can effectively play the role Oman has carved for itself, Oman’s success in maintaining domestic stability in a troubled region should make other Gulf nations take note. 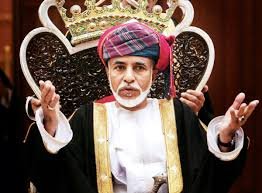 On January 9, The New York Times ran an article on a scandal involving Hong Kong government elites that featured an interview with Jamestown Senior... END_OF_DOCUMENT_TOKEN_TO_BE_REPLACED

While the Arab Middle East is political Islam’s ideological and historical core, South Asia and Southeast Asia, concentrated in the Indonesian archipelago, make up the modern demographic core of the Muslim world. Advocates of political jihadism have been adept at exploiting pre-existing territorial and ethnic grievances, both perceived and... END_OF_DOCUMENT_TOKEN_TO_BE_REPLACED