Since the outbreak of Syrian Civil War in 2011, a plethora of violent Islamist groups have surfaced in various parts of the country, some fighting for the Syrian regime of Bashar al-Assad, and many fighting against it. According to an estimate from the Soufan Group, nationals from 81 different countries are fighting in Syria (Soufan Group, 2014). Some have come to defend their sects; others are proxies for foreign interests or have been recruited as mercenaries. As the conflict has grown increasingly sectarian, these foreign fighters have also become divided along sectarian lines, with a number of liwas (groups) named after Shia and Sunni heroes, often from the early Islamic period.

Pakistani jihadis were latecomers to the Syrian conflict, but began to appear in 2013 in response to a rocket attack by Salafi militias on the shrine of Zainab in Damascus. That attack – comparable for many Shia to the destruction of the Church of Holy Sepulcher by Fatimid Caliph Al-Hakim Amr-Allah, in 1009, an event that paved the way for the Crusades – was the impetus for the formation of the Zainabiyoun Brigade.

The involvement of Pakistani jihadists in Syria is of little surprise. Pakistan itself has been experiencing Sunni-Shia sectarian violence since at least 1986, and violence has hitherto claimed 9,904 lives in 3,021 incidents of sectarian attacks. [1] Though various sects of Sunni-Islam (Deobandi, Barelvi, Sufi, and Salafi/Wahabi) are in a majority in Pakistan, Shias make up about 20 to 25 percent of the population. Pakistan’s proximity to Iran in the southwest provides Shia Muslims a base of support against a heavy Sunni influence in Pakistan.

By 2013, a number of Pakistani Shias were already keen to join the fight against the ideologically Salafist Islamic State (IS), a result of IS’ campaign of destruction targeting Shia holy shrines in Syria and Iraq. The 2013 rocket attack by IS on the Sayeeda Zainab mosque in central Damascus, which destroyed the outer walls of the shrine of Zainab, the sister of Imam Hussain and granddaughter of Mohammed, provided the catalyst; a new militant unit of Pakistani Shias, the Zainabiyoun Brigade, was raised with Iranian support. [2] Up until this point, the security of the tomb of Zainab was the responsibility of the Liwa Abul Fadl al-Abbas, which was comprised of Iraqi and Syrian Shia volunteers. This iwa was also responsible for securing holy shrines in Aleppo where its rival, the Harakat Nour al-Din al-Zenki, a brigade afiliated with IS, inflicted a crushing defeat on it in May 2014.

According to the Zainabiyoun Facebook page, volunteers must be between 18-35 years of age and physically fit. They are offered up to Rs. 120,000/ ($1200) as a monthly salary with 15 days of holidays after three months. Their current strength is estimated to be 1,000 fighters (Express Tribune [Pakistan], December 11, 2015). Many fighters are from the Shia-dominated Parachinar, in the Kurrum district of Pakistan’s lawless Federally Administered Tribal Areas (FATA). Some are ethnic Baluch are also fighters, although it is unclear whether they hail from Pakistani or Iranian Baluchistan (al-Akhbar, March 29, 2013).

The Zainabiyoun Brigade has been largely restricted to Damascus where scores of its fighters were supposedly killed while defending the shrine of Zainab. [3] In another battle on April 9, 2015, another seven were killed defending the Imam Hasan Mosque in Damascus. The Brigade has also fought alongside Syrian forces in the Darra region, in southern Syria (MEMRI, May 5, 2015).

The primary recruiters, financers, and handlers for the Pakistani fighters in Syria are the Iranian Revolutionary Guard Corps (IRGC) and Al-Quds Force, which back the Syrian regime and have helped secure Shia cities such as Latakia, Aleppo, and Damascus.

Iran has previous experience from recruiting Afghan Shia from among the three million strong Afghan refugees in Iran. Though many of them joined the war for sectarian reasons, others were offered Iranian citizenship and handsome salaries of up to $1,100 (Al Jazeera, January 22). They received training from the IRGC in Iran and Syria, and assembled in a separate unit known as the Fatimayoun.

At least six fighters from the Zainabiyoun Brigade died in fighting in March 2016 and were buried in the Iranian holy city of Qom (Farda News, March 3). On April 23, in a separate battle, five more Pakistanis were killed and later also buried Qom (Radio Free Europe, April 25, 2015).

In Pakistan, anti-Shia attacks have been directed in response to the establishment of the Zainabiyoun Brigade. A bomb blast in downtown Parachinar, a Shia majority town in Kurrum district of tribal areas, in December 2015 killed 23 people and wounded 30 others. Lashkar-e-Jhangvi (al-Alami Faction), the anti-Shia violent group, claimed responsibility. In a statement, the Islamist group’s spokesperson Ali Abu Sufyan said the attack was “revenge [for] the crimes against Syrian Muslims by Iran and Bashar al-Assad” and a warning to the people in Parachinar to “stop sending people to take part in Syrian war” (Express Tribune, December 13, 2015).

Pakistan’s Sunnis have also committed fighters to Syria. An IS cell in Sialkot, which was busted by security forces in 2015, was in direct communications with IS leaders and had sent more than 100 Islamist militants to fight alongside the IS forces in Syria and Iraq (NDTV, January 5). Those arrested were previously part of the Salafi Islamist group Jamaat ud Dawa. Besides the Sialkot cell, two other cells were uncovered in Karachi and Islamabad in 2015.

IS has found that by playing the anti-Shia card it can win support from among ant-Shia groups in Pakistan and elsewhere. The presence of IS in Pakistan – which until recently had been denied by the Pakistani government – as well as continued sectarian violence means the membership of the Zainabiyoun Brigade is likely to grow.

So too, Iran will likely support a large role for the Zainabiyoun Brigade. It appears eager to bolster the ranks of Pakistani and Afghan Shia militants in Syria, as it seeks to roll back some of its involvement in the fighting.

[2] Telephone Interview with Syrian refugee in Brussels, Belgium (May 4, 2016) 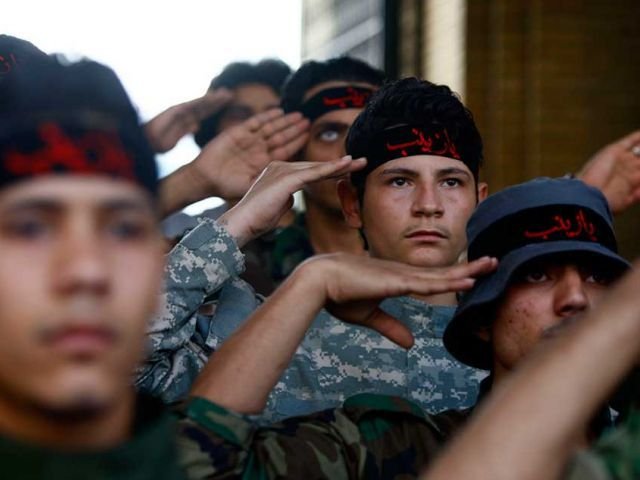 Back
Oman as a Counter-Terrorism Model for th..Next
Libya’s Economic Crisis: Bringing the ..

The Jamestown Foundation was proud to host a webinar on... END_OF_DOCUMENT_TOKEN_TO_BE_REPLACED

Jamestown Foundation Analyst Richard Arnold was interviewed by PolitiFact for a story on the Lie of the Year 2022, or Putin’s long list of lies... END_OF_DOCUMENT_TOKEN_TO_BE_REPLACED

On December 12, 2012, The Jamestown Foundation held its annual conference on global terrorism, “Implications of the Arab Spring for Insurgencies, the Jihadist Movement and al-Qaeda” at the Carnegie Endowment for International Peace in Washington, DC. This full-length DVD covers opening and closing remarks, a keynote address and three... END_OF_DOCUMENT_TOKEN_TO_BE_REPLACED