The so-called Islamic State (IS) is increasingly infiltrating Russia, threatening its security (Lenta.ru, June 24, 2015). It has been less than one year since the IS claimed to have a “province” in the North Caucasus (Polit.ru, June 24, 2015), and now the organization claims to have expanded beyond the “Caucasus Velayat.” The IS went on to establish its own network of cells in Russia. The same process took place in Iraq after 2006, when the Islamists gradually expanded their influence and became so strong in some areas that they could ignore authorities in Baghdad. In the North Caucasus, the IS based its expansion on the existing structures of the Caucasus Emirate, which operated since 2007. Moscow quickly realized the danger posed by the IS, and the Russian Supreme Court designated the IS and Jabhat al-Nusra (the Nusra Front) as terrorist organizations back in November 2014 (RIA Novosti, December 29, 2014). Thus, Russian authorities outlawed the IS prior to its coming to Russia, hoping that the ban would help to ward off the Middle Eastern organization.

However, at this point, it can be said already that the preventive measures taken by the Russian government were insufficient and did not change the Islamic State’s plans with regard to the Caucasus and Russia (Georgianpress.ru, June 26, 2015). The IS recently launched several attacks in the North Caucasus, although their scale was probably far smaller than the organization’s leadership in the Middle East would have hoped for. In a surprise announcement, the Federal Security Service (FSB) said it detained five IS supporters who were preparing a terrorist attack in the Volgograd region. The security services confiscated explosives, ammunition and extremist literature from the suspects. According to the FSB, the so-called Pallasovsky Jamaat operated in the town of Pallasovka, in the Volgograd region. Members of the jamaat reportedly recruited local residents for the war in Syria (TASS, April 8).

Pallasovka is a small town of 15,000 residents, located on Russia’s border with Kazakhstan. The Investigative Department of the FSB launched a criminal investigation on the basis of the Russian Criminal Code statute covering the establishment of illegal armed groups. FSB investigators also invoked the statute mandating the prosecution of support for terrorist activities. If the charges are confirmed, the suspects could face up to ten years in prison. It is noteworthy that such a jamaat was established in a small provincial town located in the area along the border between Russia and Kazakhstan. The location of the cell indicates that it was probably tied to networks not only in Russia but also in Kazakhstan. It is also highly likely the jamaat in Pallasovka had ties to the North Caucasus because many North Caucasians, in particular, Dagestanis and Chechens, migrated to that part of the Volgograd region in search of employment and settled there.

The arrest of the members of the Pallasovka Jamaat highlights other similar incidents, in which IS supporters or sympathizers have been detained in Russia. For example, in October 2015, authorities in Moscow detained several Chechens who allegedly had ties to the IS. Government officials based their decision to detain the suspects on claims that the suspects had undergone military training in Syria and spread militant propaganda (Newsru.com, October 13, 2015).

The FSB also announced the arrest of seven suspected IS members in one of Russia’s largest cities, Yekaterinburg. Officials said that the suspects were preparing terrorist attacks in Moscow, St. Petersburg and the Yekaterinburg area, using improvised explosive devices (IED) (Rg.ru, February 8). A little later, the police detained about 20 individuals accused of having ties to the IS. However, since nearly all of the detained individuals were Turkish citizens, it was probably part of the ongoing anti-Turkish campaign in Russia (Lenta.ru, March 30). The arrests of IS sympathizers and supporters are also quite frequent in the North Caucasus (Peacekeeper.ru, March, 17), which indicates that Russia is facing a serious challenge as radicals affiliated with the IS establish cells across the country.

Probably due to constant FSB pressure on IS-affiliated radicals in Russia, some Russian citizens are migrating to Ukraine to establish Islamist cells there. Ukrainian authorities reported that they detained 25 IS members, 19 of whom were Russian citizens (Mignews.com.ua, March 23). According to the Ukrainian security services, Russian IS sympathizers use Ukraine and Turkey as transit territories for traveling to Syria and back.

This evidence suggests that the Islamic State is spreading its influence across Russia and its neighbors, including Ukraine and Georgia, among others. Given the fact that the IS started to expand its presence in Russia only in the summer of 2015, the Middle Eastern organization has been quite successful, which is partly Russia’s own fault. In dealing with Muslims, Russia is behaving like a bull in a china shop, which creates more opposition among Muslims and more opportunities for IS recruiters. The process is likely to create greater tensions between the Russian government and the Muslim community down the road. 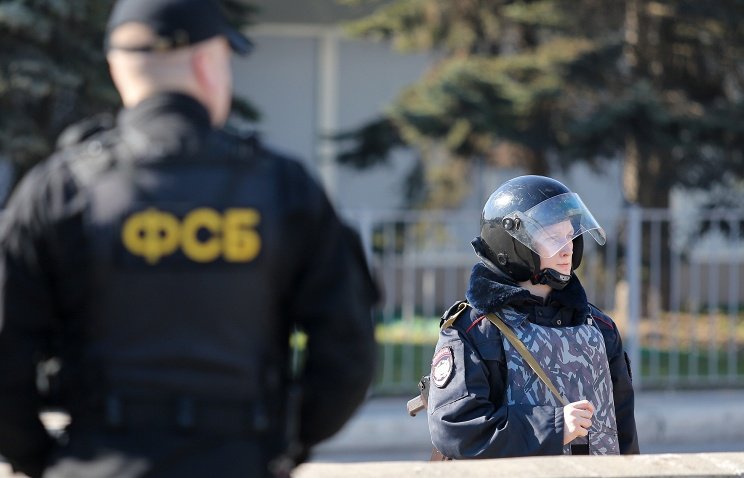 Back
Putin’s Main Target in Syria: Helping ..Next
Russia’s Image in Armenia Damaged by F..

The Jamestown Foundation was proud to host a conference on... END_OF_DOCUMENT_TOKEN_TO_BE_REPLACED

On June 6, Jamestown’s President Glen E. Howard was quoted by Task and Purpose in an article on Russia’s Chechen fighters in Ukraine. END_OF_DOCUMENT_TOKEN_TO_BE_REPLACED

The May 2016 of Militant Leadership Monitor includes briefs on Khalifa al-Ghaweil and Ismail Muhammad al-Salabi – two influential actors in eastern Libya. The first profile is of Muslim al-Shishani, a Georgian-born militant fighting in Syria. The second profile is of Naeem Bokhari, the recently arrested military mastermind of... END_OF_DOCUMENT_TOKEN_TO_BE_REPLACED