In recent months, the Federal Security Service (FSB) allegedly thwarted several terrorist attacks on Russian soil by migrants from Central Asia. In April, Russian security services claimed that four citizens of Tajikistan and Kyrgyzstan were planning terrorist acts in Moscow (Kommersant, May 6), while in February, seven Central Asian citizens based in Ekaterinburg and supposedly linked to the Islamic State (IS) were charged with terrorism (Interfax, February 8). That same month, another group of migrants, this one in the Novgorod region, was accused of belonging to Hizb ut-Tahrir, an Islamist group banned in Russia, but which operates freely in several Western countries (TASS, February 3).

Although it is difficult to know the veracity of these claims, what is not in question is the presence of Central Asian citizens waging jihad in Syria and Iraq. Out of an estimated 30,000 foreign fighters who have travelled there to join the IS and other violent extremist groups, it is believed that about 2,000 come from Central Asian republics (Soufangroup.com, December 2015). Various sources claim that a significant number of Central Asian citizens ended up in Syria after being radicalized and recruited in Russia. According to Tajik expert for religious issues Faridun Khodizoda (Radio Ozodi, July 30, 2015), Bahtiyar Babadzhanov, from the Institute of Oriental Studies in Tashkent (Novye Litsa, December 14, 2015), and Edward Lemon, from the Exeter Central Asian Studies Network (Blogs.exeter.ac.uk; September 15, 2014), most of the young Central Asians who go to Syria belonged to a migrant community in Russia. Several interviews with fighters who returned from Syria and with relatives of fighters support this same thesis (Meduza, April 27, 2015; Gezitter, April 15, 2016; Novaya Gazeta, January 18, 2016).

According to the Russian Federal Migration Service, almost four million natives of Central Asia live in Russia (Migrantfergana.ru, April 7, 2016). The average migrant profile is a young male in his twenties. Once there, they work seasonally on construction sites, in marketplaces and as street cleaners, often illegally. Local employees routinely exploit them. According to a 2014 Council of the Baltic Sea States Secretariat study on human trafficking and labor exploitation, 20 percent of all migrant workers in Russia are in a situation of forced labor. Police officers usually connive with employers engaged in exploitative labor practices, deporting immigrants who complain or simply forcing them back to their workplace (Cbss.org, April 2014).

The Humanitarian and Legal Center in Bukhara, Uzbekistan, recorded several cases in which migrants face pressures when trying to legalize their residency status in Russia. They fall victim to extortion, and are offered “help” by radicals-criminals, who promise to assist them as long as they attend sermons by a particular religious leader, mainly Salafists (Gumilev-center.ru, July 8, 2014).

Central Asians regularly face discrimination and xenophobia in Russia, and, statistically, they are the largest group of victims of crimes committed by members of far-right groups. In 2014, at least 14 migrants from Central Asia were killed and 29 were injured in ethnically-motivated attacks; last year, 5 were killed and 16 were injured (Sova-center.ru, reports 2015 and 2016).

Central Asian natives tend to experience an identity crisis while working in Russia: their social order and family life is disrupted, and in a new hostile environment religion may become a key element, even if in their own countries it was not an essential part of their life. They look for protection among other Muslims because it provides them with a sense of belonging to a community that supports them. But this can be a double-edged sword: detached from the control and moderation of family, the local mosque and their community, they are more vulnerable to recruitment by extremist groups. Some migrants have described how radicals proselytize in and around mosques in Moscow (Novaya Gazeta, January 18, 2016), and also how individuals from the North Caucasus visit the building sites where they work and promise them jobs in Turkey or Syria, telling them that fighting is not compulsory in the Islamic State (Meduza, April 27, 2015).

The threat also comes from the Internet. The Islamic State is the most aggressive in this field: Russian is the third-most-used language in their propaganda, only after Arabic and English. The extremist group broadcasts in Russian its daily Al-Bayan Radio news online, publishes magazines Furat Press and Istok, and is active in spreading its messages in social media.

IS propagandists effectively instrumentalize the perceptions of injustice and frustration of Central Asian migrants. They focus on the friendship among jihadist fighters, on the social justice that prevails in the Islamic State, and on the opportunities it offers. Utilizing utopian language, they clearly appeal to those in need of a sense of inclusion, justice and belonging to a community (see Terrorism Monitor, June 12, 2015).

The root causes of violent extremism are complex and multifaceted, but there are certain “push factors” that are universal: perceptions of injustice, human rights violations, social-political exclusion, widespread corruption or sustained mistreatment of certain groups. All these inequalities come together for Central Asian migrants.

To reverse this situation, a coordinated effort will be required by international organizations, the Russian government and civil society in order convert the hostile environment in which migrants live into an inclusive one, with well-enforced anti-discrimination policies. And last but not least, for some of these Central Asian countries, remittances sent home from workers in Russia account for as much as half of their national GDP, as in Tajikistan for example, or for one third of their GDP, as in Kyrgyzstan (see EDM, February 23, 2015). Therefore, economic development and job creation efforts in the region continue to be vitally important so that local populations no longer have to leave their countries en mass, as happens now. 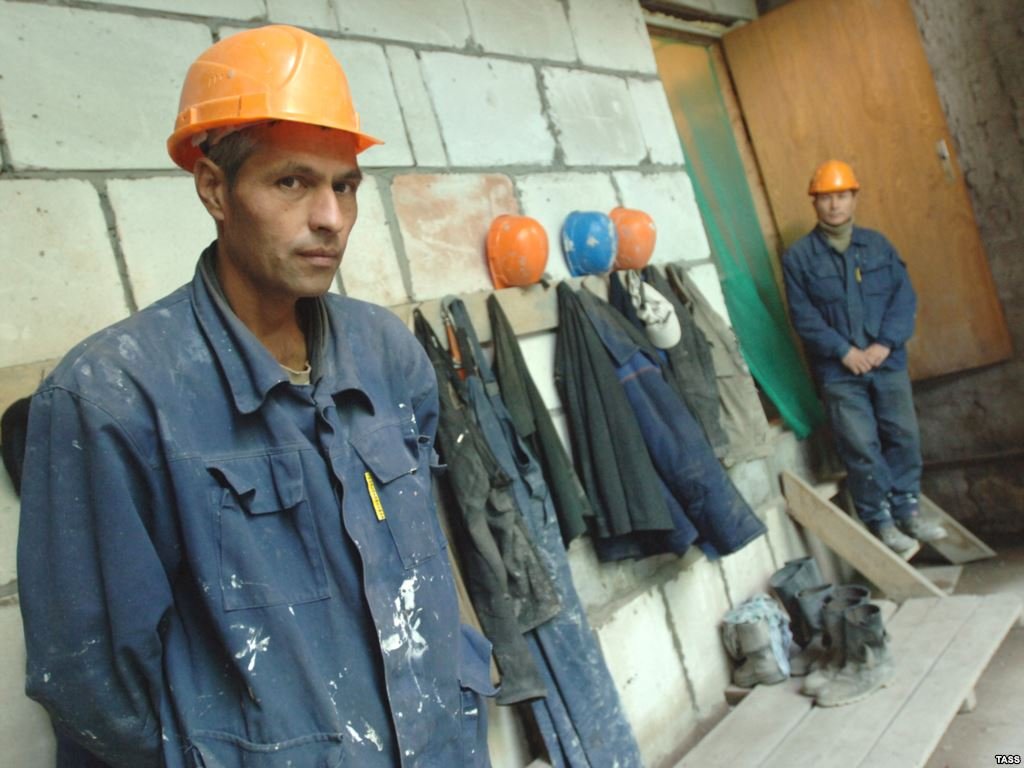 Back
Police Suffer Losses in Islamic State–..Next
Ukraine Develops Its Case Against Electi..

The Jamestown Foundation was proud to host a conference on... END_OF_DOCUMENT_TOKEN_TO_BE_REPLACED

On June 6, Jamestown’s President Glen E. Howard was quoted by Task and Purpose in an article on Russia’s Chechen fighters in Ukraine. END_OF_DOCUMENT_TOKEN_TO_BE_REPLACED

The January 2019 issue of the Militant Leadership Monitor features a brief on Zakir Musa, the leader of the Kashmir-based, al-Qaeda affiliate Ansar Ghazwa tul Hind; an assessment of the Sunni, Salafist, Lebanese ally of Hezbollah, Ahmad Abd al-Karim al-Saadi; an analysis of the recently captured wali of Islamic State, Jamal al-Mashhadani,... END_OF_DOCUMENT_TOKEN_TO_BE_REPLACED