After the armed Islamist underground movement in southern Dagestan lost ten militants, including the group’s amir, Abu Yasir (Gasan Abdullaev) (see EDM, June 23), the militants of the armed underground movement in Kabardino-Balkaria also experienced a setback. The losses by the Kabardino-Balkarian militants were smaller than those of the Dagestani insurgents; but in fact, the Kabardino-Balkarian insurgency as a whole is significantly smaller than the Dagestani movement. The militants in southern Dagestan, who lost ten of their members, were particularly active.

The authorities introduced a counterterrorist operation regime in Nalchik, the capital of Kabardino-Balkaria, on the morning of Saturday, June 18. The special regime was lifted by that evening. The police searched for the rebels in the area of Shota Rustaveli Street, in Nalchik, and eventually surrounded a house in the area. The rebel inside the house opened fire on the police. After negotiations, the 29-year-old militant let his family members, including two women and a man, leave the house but refused to surrender and threw hand grenades at the government forces. Sources in the government later reported that the suspect was killed (Newsru.com, June 18).

During a search of the rebel’s home, the police reportedly found an improvised explosive device (IED) with explosives equivalent to three kilograms of TNT. The police destroyed the IED at the site because it was too dangerous to remove it (Kavpolit.com, June 18).

Nearly all police special operations that take place inside towns end with finding IEDs in suspected militants’ homes and destroying the bombs. Government forces understandably do not want to take risks related to explosive materials, but it is still quite strange that they never can de-mine the rebels’ homes. Such controlled, explosions, which take place literally hours after the suspected militants are killed, raise suspicions that the government forces are destroying evidence when they blow up the houses. The public is forced to believe whatever the government forces say. Investigators do not attempt to understand which militant group the slain rebels belonged to or other important details. These questions are especially important in the context of the Kabardino-Balkarian jamaat because it is still split between supporters of the Caucasus Emirate and those of the Islamic State. Amir Salikh (Zalim Shebzukhov) is the leader of the Caucasus Emirate in the republic. The leader of the Islamic State’s branch in Kabardino-Balkaria, Robert Zankishiev, was killed on November 10, 2015 (Kavkazsky Uzel, November 10, 2015). The police declared that the latest rebel killed in Nalchik was a member of the Islamic State, but it is hard to determine that with certainty.

Government forces also surrounded a rebel in the house on Kalinina Street in the area of Volny Aul in Nalchik. The suspect reportedly surrendered (Kavtoday.ru, June 18). Little is known about the arrested man, apart from the police’s claim that they found a gun on him. Investigators did not disclose either the name of the suspect, or whether he was connected to the militant on Shota Rustaveli Street. Arrests of suspected militants are rare in the North Caucasus: government forces usually try to kill rebels instead of negotiating their surrender.

Simultaneously with the special operations in Nalchik, the police announced they had uncovered a rebel lab that was reportedly set up by a 19-year-old resident of the city of Baksan. The young man, who lived with his mother, studied at a local medical school. After his arrest, the suspect allegedly confessed to making IEDs on the orders of the Islamic State, which is banned in Russia. The police found IED components and a ready-to-use IED that had the power of three kilograms of TNT. In 2015, the police reportedly disrupted the work of seven rebel mini-labs for producing IEDs in Kabaradino-Balkaria. The police last year killed 45 rebels, including 8 leaders, and arrested 50 militants and their supporters. The police also located 8 rebel camps and 28 ammunition caches (Regnum, June 15).

Thus, there were a total of 16 victims in the North Caucasus during the week of June 13, and four others were injured. Five of the victims were Dagestani police officers, and 11 were suspected militants, including 10 in Dagestan and one in Kabardino-Balkaria (Kavkazsky Uzel, June 21). The authorities’ statements about having achieved victory over the militants still sound hollow, as the government forces launch special operations in various parts of the North Caucasus practically every week. The special operations are probably less intense now than they were in 2010 or 2012. However, the militants’ tactics also have evolved since then. Today, instead of daily shootings and attacks, the insurgency is focusing on recruiting young people into the ideological networks of the Islamic State, which will yield future returns for the rebels. 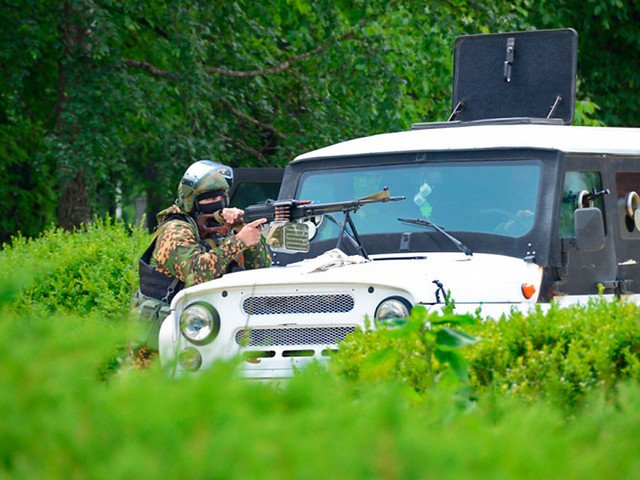 The Jamestown Foundation is held a webinar on China’s External... END_OF_DOCUMENT_TOKEN_TO_BE_REPLACED

On May 18, Senior Fellow Janusz Bugajski participated in a panel hosted by the European Conservatives and Reformists Group in the European Parliament, titled “The... END_OF_DOCUMENT_TOKEN_TO_BE_REPLACED