The need to keep the channels of dialogue open with an unpredictable Russia is taken as an absolute imperative by many Western politicians. But they are often surprised when this tactic backfires. The foreign ministers of the member states of the North Atlantic Treaty Organization (NATO) held talks, on May 19–20, in preparation for the July summit in Warsaw. They agreed to convene a meeting of the NATO-Russia Council in order to clear any possible misunderstandings with Moscow on the decisions to be taken (Kommersant, May 21). However, NATO Secretary General Jens Stoltenberg was quite upset by Russian Foreign Minister Sergei Lavrov’s undiplomatically rude, negative response (RIA Novosti, May 20). Stoltenberg certainly understands Moscow’s need to express its displeasure over Montenegro’s accession to the Alliance, which confirms that NATO enlargement continues (Gazeta.ru, May 19). Yet, it is apparently a surprise that the Russian government sees no point in talking if there is no opportunity to exploit splits in the West’s unity—or to score points for President Vladimir Putin.

Moscow’s lack of interest in discussing issues of crucial importance in its current confrontation with the West is particularly striking in the area of strategic arms control (RBC, May 22). Russia has not withdrawn yet from such key frameworks as START III (“New” START—2011) or the Intermediate-Range Nuclear Forces (INF) Treaty (1988), but it refuses to engage in any dialogue that could bridge the obvious gap in the understanding of strategic stability. Putin describes the United States’ newly opened missile defense base in Romania as a direct threat to Russia (see EDM, May 12), although facts on the ground fail to justify such claims (Novaya Gazeta, May 19). Russia is committed to boosting spending on modernizing its strategic forces in the next six years, while the severe economic recession seriously undermines such plans (Nezavisimaya Gazeta, May 18).

The Kremlin pointedly refuses to discuss the de-escalation of tensions in the Baltic area, where dangerous aerial incidents occur every week (Politcom.ru, May 19). In contrast, Putin shows great enthusiasm in talking to Asian leaders, and last week’s Sochi summit between Russia and the countries of the Association of Southeast Asian Nations (ASEAN) was trumpeted as a great success of Russian foreign policy (Kommersant, May 19). In fact, the substance of these conversations was quite thin, and Russia’s vaunted “Asian pivot” is increasingly reduced to supplying more arms and granting more economic concessions to China. But even this extra-strategic partnership is not progressing as promised (Carnegie.ru, May 19). For Asian leaders, Russia’s readiness to sacrifice economic modernization for the sake of geopolitical ambitions is quite astounding. Thus, Moscow’s hopes to regain access to the Vietnamese naval base in Cam Ranh Bay have a slim chance of coming true (Nezavisimaya Gazeta, May 20). Japanese Prime Minister Shinzō Abe thought that the grim economic reality would compel Moscow to accept his offer of a “new approach” to the problem of the disputed Kurile Islands in order to revive the faltering “pivot” (see EDM, May 9), but Putin found it opportune to use the meeting with ASEAN to assert that no changes in his inflexible stance are in the cards (Lenta.ru, May 20).

One theme Moscow is keen to discuss with the West is the management of the war in Syria, and the preferred format is bilateral talks between Lavrov and US Secretary of State John Kerry (Nezavisimaya Gazeta, May 18). Russia is looking for opportunities to take advantage of the US’s commitment to preserving the ceasefire, so Defense Minister Sergei Shoigu offered an idea to execute joint airstrikes, adding a veiled threat that Russian bombers would be targeting all opposition groups not partaking in the Geneva talks (Kommersant, May 20). The idea was duly rejected. But Washington is hard pressed to find a strategy that would ensure a defeat of the Islamic State without granting more control to the brutal regime of President Bashar al-Assad, heavily backed by Moscow (RBC, May 20). One turn of events that could change the course of Russia’s intervention would be a crash of a Russian military aircraft due to over-stretched logistics—particularly as the track record of technical failures in the Russian Air Force keeps gaining new entries every month (Newsru.com, May 21).

A massive problem that overwhelmingly shapes the confrontation with the West is Russia’s “hybrid war” against Ukraine. More and more, Moscow appears tired of talking about it, even though the Minsk peace process is clearly going nowhere (Kommersant, May 12). Ukrainian President Petro Poroshenko argues that by fighting against Russian aggression, his country is, in fact, shielding Europe from barbarism and tyranny (RBC, May 21). This discourse rings true in many Western capitals. And despite a pronounced “Ukraine fatigue” and a desire to mitigate the confrontation with Russia in many European political circles, sanctions will almost certainly be prolonged and fine-tuned during the upcoming European Council meeting at the end of June (Rossiiskaya Gazeta, May 19). Meanwhile, the G7 summit in Japan this week is set to reconfirm the position on sanctions, and Moscow is still bitter about its expulsion from this club two years ago due to Russia’s illegal annexation of Crimea (Moscow Echo, May 20).

The list of topics for meaningful conversations between the West and Russia is thus becoming quite short indeed—particularly as there is little value added from Moscow’s disapproval of North Korea’s erratic behavior, while discussions over the Iranian nuclear program are essentially over. Russia’s intention to exacerbate every possible problem inside the European Union is overly transparent, and its eager anticipation of the United Kingdom’s choice to leave the EU is typical in this regard (Ezhednevny Zhurnal, May 19). Even Russia’s closest allies, such as Belarus, find the exchanges increasingly disagreeable as Moscow resorts yet again to energy blackmail in order to secure the consent for building airbases and deploying Iskander missiles (Gazeta.ru, May 16).

The fundamental political belief in the inherent benefit of maintaining open dialogue with an opponent may be seriously misplaced in Putin’s case. He cannot be dissuaded from using war as an instrument of policy, because only war provides justification for his regime. Nor can he be persuaded to choose what is best for Russia, because his regime is corrupt and the loyal security services (siloviki) are wrangling over the shrinking loot. Even the most no-nonsense talks cannot reduce the unpredictability of Russia’s behavior, because the country is going through spasms of angst and anger. A sincere Western commitment to dialogue could become a means of fooling itself—and Putin is certainly a great help in that. 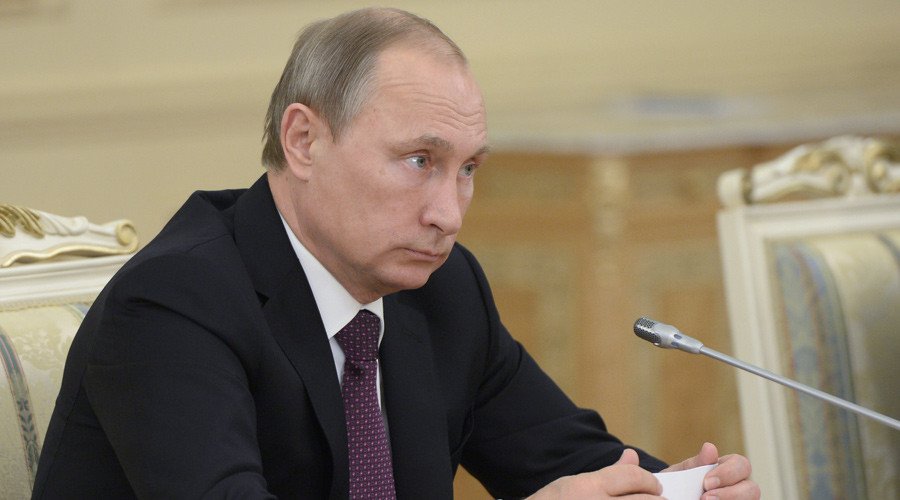