Since the start of 2016, the Niger Delta Avengers (NDA), a hitherto unknown group, has claimed responsibility for increasingly frequent attacks on oil infrastructure in the Niger Delta. According to Nigerian Oil Minister Emmanuel Ibe Kachikwu, the attacks have resulted in oil production dropping by 800,000 barrels per day (bpd) to a 20-year-low (Premium Times, May 16; Leadership, May 30). Both Shell and Chevron are reported to be evacuating staff as a result of the attacks, with Shell also declaring force majeure at its Forcados Terminal after an attack on its subsea crude export pipeline in February (The Guardian [Nigeria], May 21; The Guardian [Nigeria], February 22).

The violence, and the resulting disruption to the oil sector, has raised fears of a return to the days of the Niger Delta insurgency, waged by the Movement for the Emancipation of the Niger Delta (MEND) between 2004 and 2009. That conflict – which quietened considerably as a result of a 2009 presidential amnesty program (PAP) under which many former insurgents grew extremely wealthy – halved Nigeria’s oil production to 1m bpd (NTA, June 2).

With the emergence of the NDA, the question is whether there is now a possibility of a return to the previous level of violence.

The NDA appears to be a relatively small insurgency made up of Delta residents angered by the continuing failure to redistribute oil wealth from the elites to those living in the region. Although former militants are almost certainly involved in the group, it is unlikely that the NDA has been able to recruit vast numbers of ex-fighters, since many of those who previously fought in the Delta have become wealthy through the PAP and are weary of fighting. Retired General Paul Boroh, Buhari’s special adviser on the Niger Delta, said that militants who accepted the amnesty had "disassociated" themselves from the 2016 violence and were actively assisting in tracking down the militants involved in the latest attacks (The Guardian [Nigeria], January 23).

That fits with posts on the NDA’s website, where the group repeatedly states it will do a much better job of liberating the Niger Delta than the previous insurgency and that it has no intention of killing innocent people or conducting kidnappings as previous militant groups have done (Niger Delta Avengers, April 17; Niger Delta Avengers, May 12).

The circumstances surrounding the latest violence, however, suggest there are still strong links with some of those from the earlier insurgency. Ex-MEND leader Government Ekpemupolo (a.k.a. Tompolo) has stated on several occasions that he has nothing to do with the NDA, but days before the first attack took place, Abuja issued an arrest warrant for him on 14 charges of money laundering and theft, equivalent to $171m (Premium Times, January 14). That prompted Tompolo to go into hiding, swiftly followed by the outbreak of attacks on oil facilities. References in the NDA’s manifesto to Buhari’s one-sided anti-corruption crackdown further underscores the likely involvement of the former commander and his affiliates (Niger Delta Avengers, February 13).

Policy shifts under President Buhari present other obvious triggers for the resurgence in violence. Abuja has angered former fighters by changing the terms of the PAP. Buhari agreed to renew the amnesty, but he halved monthly stipends for former fighters, with a view to removing them completely in 2017 (Daily Post, February 16). The president has also refused to renew several lucrative pipeline security contracts with amnesty program participants (Naij, June 31, 2015). Anger over these changes are evident in the NDA manifesto where the group demands the continuation of the amnesty program with full funding for the foreseeable future (Niger Delta Avengers, February 13).

Although the NDA appeared to begin as an ad hoc movement aimed at forcing a change in Buhari’s policies, the frequency and intensity of the group’s May assaults suggests it has greater ambitions. The group’s aims, however, remain unclear. The NDA’s social media presence is amateur and posts on its website oscillate between demands that oil wealth be redistributed to the Delta and calls for an autonomous Niger Delta state with UN recognition (Niger Delta Avengers, May 12).

As time goes on and the group generates more support among Delta communities, it will likely be able to carry out attacks on the scale of the previous insurgency. The potential following available to the group was underscored in mid-May when another militant group calling themselves the Red Egbesu Water Lions emerged and vowed to join the NDA in their fight (This Day Live, May 18).

The problem is compounded by the vast array of weaponry at the NDA’s disposal. As a result of ineffective disarmament programs carried out at the end of 2009, would-be-militants in the Delta have large stocks of weaponry at their disposal. Tompolo’s purchase of six haulk-class missile boats from Norway during the amnesty period underscores this point (Premium Times, December 13, 2014). Nigerian journalist Fidelis Mbah says that disarmament efforts have been so poor that the weaponry available in the Delta now is greater than during the 2000s conflict. [1]

Although it is unlikely that there were large numbers of fighters behind the recent NDA attacks, several of the assaults demonstrate a high degree of sophistication. The attack on Shell’s subsea export pipeline would likely have required high-tech detonators, well-trained fighters, and potentially also a diver. Additionally, the bombing attack on Chevron’s offshore facility in May further emphasized the involvement of experienced militants – working offshore requires considerably more skill than opportunistic onshore attacks.

In May, the government announced it planned to hold talks with leaders in the Niger Delta to address their grievances, and Buhari has sought to improve development initiatives in the Delta (Naija Details, May 29). These programs, however, are slow to be implemented and continue to be vehicles for embezzlement and corruption (Premium Times, August 19, 2015). Without rapid development, communities in the Delta, where jobs and education are lacking, are likely to form easy recruitment bases for the NDA.

The Delta’s creeks and pipelines are also hard to protect without the support of local communities, gang leaders, and the militants themselves. The government has little support in the Delta, not least because of its heavy-handed attempts to crack down on the fighters thus far. In May, troops raided the Delta village of Oporoza in search of militants. Locals reported that troops harassed and wounded residents and prevented children from going to school (Vanguard, May 30).

Despite reported arrests, government efforts to crackdown on militancy and prevent attacks have proven ineffective. Without sustained negotiations, an extension to the 2009 amnesty, or mass development in the Niger Delta, the NDA’s insurgency is likely to expand and further attacks can be expected over the next 12 months. 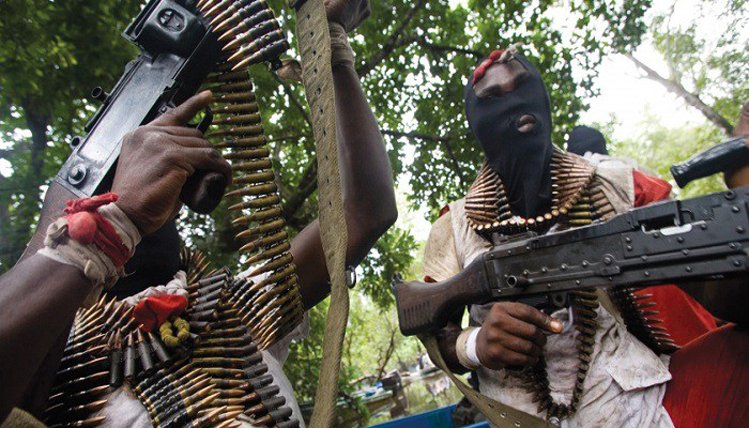