After months of negotiation, the United States finally gave the Kurdish-led Syrian Democratic Forces (SDF) – which is dominated by the Kurdish People’s Protection Units (YPG) and includes the Syrian Arab Coalition (SAC) – the green light to launch its offensive to take the Syrian town of Manbij, a key Islamic State (IS) stronghold northwest of Aleppo. The operation began on May 31, coming only after General Joseph Votel, the head of U.S. Central Command, visited both the Syrian Kurds on May 21 and Turkish officials on May 23 (ARAnews, May 22; Hurriyet, May 25).

The move further squeezes IS forces in Syria. It also brings the Kurds closer to their goal of establishing a contiguous territory on the Syrian-Turkish border, something the Syrian Democratic Union Party (PYD) has been hoping to do since the beginning of the Syrian crisis in 2011 and the Turkish government has been trying to prevent (Kurdistan24, June 1). Turkey is concerned about the ties between the PYD and the Kurdistan Workers Party (PKK), which has been fighting an active insurgency in Turkey’s southeast since the breakdown of the ceasefire in July 2015. Ankara has tried to convince international powers to create a safe haven or a buffer zone inside northern Aleppo in order to prevent Kurdish advances, but Turkey’s Western allies have been cold to this idea.

The Syrian Kurds will try to use the Mabij operation to create a contiguous territory on Turkey’s border in cooperation with local Arabs. Turkey’s options are limited due to the popularity of the Kurd’s strategy of working with local Arabs and ethnic groups to share power on a community level and the weakness of Turkish-backed rebels in Syria. On May 27, the Islamic State almost overran the last strongholds of Turkish-backed rebels in Marea and Azaz in Northern Aleppo (Daily Sabah, May 29).

Kurdish officials have been clear that the current operation intends to unite the Kurdish-controlled Syrian enclaves. In June 2015, they linked the canton of Cizere (Hasakah) with the canton of Kobani with U.S. support by taking Tal Abyad (Terrorism Monitor, December 16, 2015). Now they want to link Kobani to Afrin.

“Today we are in Manbij, but tomorrow we will be in Afrin, and we will link all the three cantons [Jazira, Kobane and Afrin],” Ismet Sheikh, a senior defense official in Kobani, said during a funeral ceremony on 2 June (ARAnews, June 2).

Saleh Haji Mohammed, the deputy co-head of the Manbij civilian council, similarly announced: “The liberation of Manbij means the complete liberation of the areas of the northern countryside, and also the Shahba [northern Aleppo] region” (Hawar News, June 1). His comments echo those of Talal Silo, the official SDF spokesperson, from May 31 (Hawar News, May 31).

This, however, does not mean that the SDF-forces have no interest in defeating IS in Raqqah or Deir ar-Zour. Ismet Sheikh, a senior defense official in Kobani, insisted: “As we promised all our martyrs and all our people, we will eliminate IS where they are. It doesn’t matter if it’s Manbij, Jarabulus, or other areas.” [1]

Syrian Kurds are spread out over the Kurdish enclaves of Afrin, Kobani, and Jazira. Realizing they would have difficulty imposing Kurdish rule across an entire federal region that is not predominantly Kurdish, the PYD early on adopted a multi-ethnic strategy. It has incorporated Christians, Turkmen, and Arabs into their local administrations, working with local Arab tribes, Christian parties, and smaller Free Syrian Army (FSA) groups. The PYD has also recruited many Arabs to the YPG forces and the local police. In October 2013, the YPG worked with the Shammar tribe to capture the Yaroubiya border crossing from IS even before working with the U.S.-led coalition (Terrorism Monitor, December 13, 2013). Moreover, the Kurds formed a joint command room with FSA fighters in September 2011 to expel IS from Raqqah and the Kobani countryside (ARAnews, September 12, 2014). This led IS to besiege Kobani, which was finally liberated on January 26 with the support of FSA and Peshmerga reinforcements from the Iraqi Kurds and continued U.S.-led airstrikes (Kurdistan24, January 28, 2015).

After this, the United States backed the Arab-Kurdish coordination model for several reasons, not least because moderate Arab rebels were defeated in both Hasakah province and Raqqah. As a result, the only way to battle IS was through Kurdish-held territory. Moreover, unlike FSA rebels, the major goal of the Kurds was to fight jihadists and to create a multi-ethnic federal region, rather than get rid of President Bashar al-Assad in Damascus. This aligned with the U.S. strategy to fight jihadists rather than impose regime change. FSA groups cooperated initially with extremist groups such as Ahrar as-Sham, al-Nusra, IS, and the Islamic Army to defeat Assad. The Kurds, on the other hand, rejected any form of cooperation with Islamist rebels.

The YPG-led SDF is not only interested in Kurdish areas. It also fights in non-Kurdish areas; the SDF defeated IS in Hasakah, Tal Abyad, Shadadi, al-Hawl, Tal Brak and Tel Tamr. It plans in the future to fight in Deir ar-Zour and Raqqah and has recruited many Arabs from these areas. The only real sticking point for the United States was Turkish criticism that the YPG is linked to the PKK and the PKK insurgency in Turkey.

The U.S. alliance with the Kurds made it possible for the Kurdish-led SDF forces to cross the Turkish red lines. Prior to the U.S.-backed SDF’s capture of the Tishreen dam on December 27, 2015, Turkey made clear that any incursion west of the Euphrates River by Kurdish forces would be crossing a Turkish red line (TRTworld, July 1, 2015). Turkish tanks and artillery have previously fired on YPG and YPG-aligned FSA rebels in Aleppo and Raqqah province. Due to U.S. backing, however, the SDF now controls Tisreen and will eventually capture Manbij.

Syria’s rebels now worry that the United States will push FSA-groups in northern Aleppo to join the SDF alliance and that under U.S. pressure Turkey will give up preventing the Kurds from connecting their enclaves. Abdurahman Harkoush, a former spokesperson of the Islamic Army wrote on Twitter: “The rebel controlled area from Azaz to Jarablus has become from the past. The new plan is to merge the VSO rebels in Azaz and Marea with YPG” (Twitter, June 3).

In March, the PYD and its allies announced plans to establish a federal system for Rojava (Syrian Kurdistan) and northern Syria within six months. They appointed Mansour Saloum, an Arab from Tal Abyad, and Hediya Yousef, a Kurd, as co-leaders for this new federal region for northern Syria (ARAnews, March 19). The Kurds are also setting up local councils for Arab-dominated areas, led by Arab tribal leaders, in areas under IS control such as Jarabulus and Manbij, or in areas recently captured from IS, like al-Hawl and Shadadi.

Moreover, they also set up a council of elders for the Shabha region, suggesting the ongoing Manbij operation has wider aspirations for all of northern Aleppo (Cantonefrin, January 31). Thus far Turkey has accepted the operation because of U.S. assurances the operation is dominated by Arabs, but it is unlikely Ankara will accept planned Kurdish advances towards al-Bab and Jarabulus. Despite this, the Kurds already have plans to set up councils for both cities (Dailysabah, June 2). This could prompt Turkey to carry out cross-border operations to create a safe-zone, although it would only find backing from Russia and the United States if it could be portrayed as being established against IS (Daily Sabah, June 3).

The multi-ethnic strategy of the PYD could succeed in establishing a federal region in northern Syria, despite Syrian political opposition. Such a zone would fall strongly under U.S. influence and could, in the long-term, lead to the defeat of IS in all of northern Syria, including Raqqah.

The biggest challenge for the PYD would be winning the local acceptance of Arabs and rival Kurdish parties to the project, opening it up for democratic elections, and building relations with Iraqi Kurds and neighboring Turkey, which has now closed its border. The PYD hopes to end this embargo by building relations with Iraq across the Syrian-Iraqi border, but the Kurds know this will not be enough. That the PKK ended their fight against the Turkish state in the city of Nusaybin one day before the northern Raqqah operation suggests the Kurds want to have good relations with Turkey (IMC tv, 26 May). Turkish acceptance of the Manbij operation and the development of the social contract of the Manbij council suggests they may have a chance (ANHA, June 1).

In the long-term, there is the possibility of better relations with the Turkish state if a new peace process is reopened in Turkey with the PKK. That will be important since it is unlikely the PKK will be able to control any territory by fighting an insurgency against the Turkish state.

Turkey may still try to create a Cyprus-style intervention in northern Syria to prevent the linking of Kurdish administrations and establish a “safe zone” on its border. It might also come round to the idea. Ankara initially rejected Kurdish autonomy in Iraq in 2003, before deciding it was better to have good relations with the autonomous Kurdistan region. 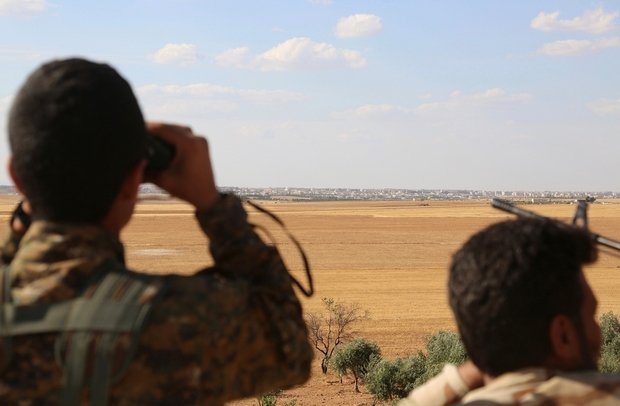 Back
The Niger Delta Avengers: A New Threat t..Next
BRIEFS