The Syrian Democratic Forces (SDF) officially launched its operation to take the city of Manbij on May 31. It is one of the most strategic and difficult operations the SDF – an alliance that includes Kurdish People’s Protection Unit (YPG) fighters as well as Syrian Arab groups – has undertaken to date.

In smaller cities, such as Shadadi, Sinjar, and Tal Abyad, the fight was over quickly, but in Manbij, it seems, Islamic State (IS) militants have decided to stand firm.

The SDF now controls over 70 percent of the city, and it appears IS could soon be defeated in Manbij. Nevertheless, the operation has been severely hampered by the presence of civilians, as well as thousands of landmines. It has been a tough fight for the SDF, with their forces going from house to house and from street to street. IS, it seems, wants to inflict heavy casualties on the SDF, forcing it to spend time recruiting and training new fighters for upcoming operations like in Raqqah and so delaying further operations against IS in the future.

The operation for Manbij was delayed for several months from the outset because of Turkish government opposition. Initially, the SDF wanted to capture Jarabulus, but Turkey blocked the operation so instead the SDF moved towards the Tisreen dam (Daily Sabah, June 2).

The Turkish government fears the Kurds will use the Manbij operation to create a unified territory along the Turkish border from the town of Derik all the way to Efrin in the northwest by uniting the three local administrations into one federal region. Until now, the IS-held territories and a small pocket of opposition-held territory in Azaz and Marea separated the Kurdish-held territories. But the Kurds hope to push further from Manbij to al-Bab, and eventually on to Efrin.

Despite Turkish opposition, the U.S.-led coalition backed the SDF in order to annihilate IS and limit the flow of foreign fighters. According to French intelligence, about 100 foreigners continue to enter Syria from Turkey each week to join IS (Reuters, July 20). Kurdish officials suspect that Turkey is turning a blind eye in order to weaken the SDF forces in Manbij, and they even accuse Ankara of supplying weapons to IS. Turkey has always denied any form of support for IS (Daily Sabah, August 12, 2015).

It is unsurprising that IS is putting up a fierce fight for Manbij. The city is the most important corridor for the group to the outside world.

Syrian anti-government insurgent groups have not been able to push towards Jarabulus and are less of a threat to the group as they are largely focused on the fight against Syrian President Bashar al-Assad. In contrast, the Kurdish-led SDF forces are almost solely focused on tackling IS.

The fight has been costly for the SDF forces, with weekly funerals in towns such as Kobani, Qamislo, and Amude. A number of senior commanders have been killed, including Faysal Abu Layla, who was leading operations in Manbij until he was shot and killed by a sniper on June 3 (ARAnews, June 6).

Partly in consequence, the local administration in the town of Kobani implemented an unpopular conscription law just after the operation started (ARAnews, June 21). Now conscripted fighters protect the city of Kobani, while more experienced fighters are deployed to Manbij city. That has had consequences. On July 28, due to security gaps, more than 50 civilians were killed in an IS attack in Qamishli (ARAnews, July 28). Most of the Kurdish security police were away assisting the Manbij operation.

According to the Syrian Observatory for Human Rights, at least 214 SDF fighters have been killed so far, but in reality this figure could be higher (SOHR, August 2). The SDF is known to have had to bring in reinforcements from the Hasakah province due to heavy losses.

The SDF expected an internal uprising by Arabs from Manbij. Such a rebellion was promised by local Free Syrian Army (FSA) groups, which claimed that they had weapons and people inside the city. This has failed to materialize. As a consequence, the SDF was forced to dig in and besiege the city, but IS militants inside Manbij, for whom there was no escape, seemed well-prepared for a lengthy battle and have deployed snipers and used civilians as human shields.

According to a senior SDF official, initially the plan had been to leave a corridor open for civilians to escape and IS fighters to retreat from the city. [1] IS instead used the corridor to bring in reinforcements.

“So, ISIS were getting reinforcements and weapons, that’s why we completely surrounded the city. For ISIS, there are only two solutions: surrender, or die,” a SDF official was quoted as saying, using an alternative acronym for Islamic State (ARAnews, July 31). “In the past, we didn’t make a full siege on cities.”

The SDF has also offered IS two opportunities to allow civilians to leave Manbij city, but so far IS has not responded.

According to the SDF official, Manbij is too strategic a prize for IS to walk away.

“After the capture of Manbij, the existence of ISIS [in Syria] will be under threat. It’s not a tactical battle, but a strategic one quite different from Tal Abyad, and Shadadi,” he said.

“If Manbij is captured by the SDF, the relation between ISIS and the Turkey [border] and the countryside of Aleppo, will be cut,” he added.

In September 2014, IS made the mistake of attacking Kobani, losing thousands of fighters in the process. According to some estimates, IS lost 4,000 to 5,000 fighters in Kobani (Daily Beast, November 16, 2015). “The disregard for the lives of their own soldiers in Kobani is one of the key causes for their downfall,” a Jabhat al-Nusra member said. [2]

Now, it appears that IS is hoping the SDF will make a similar mistake. With the city surrounded, Manbij is a battle IS will inevitably lose, but in the meantime the group is intent on inflicting major casualties on the SDF, in the hope of weakening them and eroding their ability to conduct operations elsewhere.

Unlike battles elsewhere, IS has not fled. Instead it has tried to break the siege with counter-offensives from the direction of al-Bab, Raqqah (including Ayn al-Issa, and near Tisreen dam), and Jarabulus. It has also attempted to undermine the campaign against it further by spreading disinformation about civilian deaths from coalition airstrikes through its semi-official news agency, Amaq (SITE, August 2).

As a consequence, the Syrian opposition has called for a halt to airstrikes, but the U.S.-led coalition has promised to continue the battle and support the SDF-forces.

Mounting SDF casualties have led to calls from rival Kurdish parties for Syrian Kurdish Peshmerga forces, receiving training in neighboring Iraq, to return to the country. This, however, is unlikely to happen as the SDF refuses to allow them to join the fight as a separate military force.

Ultimately, the Manbij operation will provide a great deal of intelligence to the U.S.-led coalition and help to isolate Raqqah, IS’ de facto capital, from the Turkish border. It could also have longer-term consequences for the region by giving SDF-forces the opportunity to unite their local administrations into one federal area. 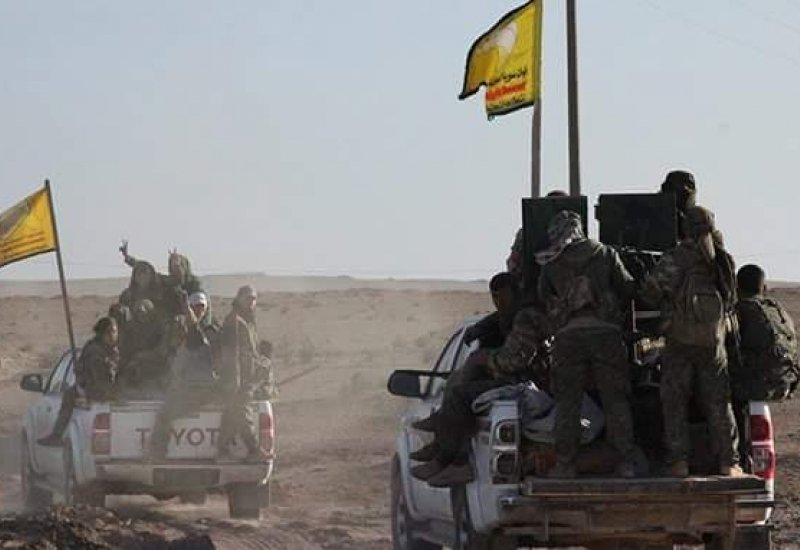 The Jamestown Foundation was proud to host a webinar on... END_OF_DOCUMENT_TOKEN_TO_BE_REPLACED

Jamestown Foundation Analyst Richard Arnold was interviewed by PolitiFact for a story on the Lie of the Year 2022, or Putin’s long list of lies... END_OF_DOCUMENT_TOKEN_TO_BE_REPLACED

In this Quarterly Special Report (QSR) on the rise of al-Shabaab, we focus on the various militants who are guiding al-Shabaab, an al-Qaeda-aligned militant organization that aims to impose Shari’a in Somalia. The group began as a radical youth wing of Somalia’s Islamic Courts Union in 2006. The QSR... END_OF_DOCUMENT_TOKEN_TO_BE_REPLACED