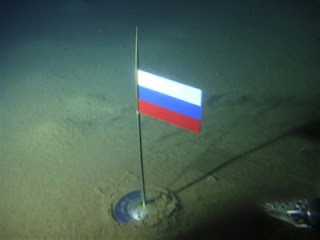 The following is Part Four of a five part series on the Russian efforts to stake a strategic claim on the Arctic region.

In late May, Colonel-General Aleksandr Postnikov, Commander of Ground Forces, left Moscow for a three-day trip to northwest Russia with visits to St. Petersburg and Murmansk. During the trip, Iurii Gavrilov reported that the chief task would be resolving questions connected with the formation in the north of Russia of the so-called “Arctic brigades.” Gavrilov noted that in the past, when Russian media mentioned the formation of Arctic units, they were met by denials. “Why the military up to now had sought to conceal its interest in this time one can only speculate.” The Ministry of Defense described Postnikov’s trip as a sort of reconnaissance in support of a final decision to locate the brigade at Pechinga, about 100 km northwest of Murmansk. But according to other sources Postnikov was not just looking over a base site but also addressing the unit’s structure and composition. These sources stressed the need for a truly air-mobile formation to conduct combat operations in the Arctic. The unit would need special equipment to operate in super-cold conditions and require specialized training, which might draw upon “the experience of our Finnish and Norwegian neighbors.” The initial brigade would have a strength of 3,000 to 5,000 men (Iurii Gavrilov, “General moroz i ego riadovye,” Rossiiskaia gazeta, 18 May 2011). On the same day that Gavrilov reported on Postnikov’s inspection trip, Viktor Khudoleev wrote in Krasnaia zezda about what the new Arctic brigades would look like. He confirmed Gavrilov’s details on the brigade’s composition, equipment and training. Referring to the “Foundations of State Policy…on the Arctic,” he noted that “it required the creation in the next few years in the region a group of forces to ensure the military security under various military-political circumstances” (Viktor Khudoleev. “Oblik ‘arkticheskikh brigad,” Krasnaia zvezda, 18 May 2011).

That same day, Regnum Information Agency, as part of its on-going series “struggle for the Arctic,” reprinted an article by Aleskandr Khramchikhin from Arkitika i Sever, which addressed the military-political situation in the Arctic and scenarios of possible conflicts and gave an endorsement to enhancing Russia’s military presence. Khramchikhin pointed out that even during the Cold War, the militarization of the Arctic had remained largely a theoretical problem. Moreover, with the Cold War’s end, there had been a general reduction of forces in the Arctic region. However, recent events connected with the thawing of the Arctic ice pack and the discovery of major hydrocarbon reserves beneath the Arctic shelf had made militarization an immediate prospect. In the absence of well-defined borders, Arctic powers were free to make their own claims to territories and to back such claims with military forces. Geography and political alliances have placed Russia in direct competition with several NATO members: the US, Canada, Denmark and Norway. Iceland, which lacks military forces, has not put forward any claims and Sweden and Finland lack direct access to the Arctic.

Khramchikhin examined the efforts of the NATO members to improve their air, naval and ground presence in the Arctic. He noted that US military power in the Arctic is primarily deployed in Alaska and could effectively threaten the Chukotka across the Bering Straits, which Russia would be hard pressed to defend, but which would have almost no effect on vital Russian interests. Russia’s Arctic forces are deployed on the Kola Peninsula and there is almost nothing to the east of that. He reviewed a range of possible scenarios from local conflicts to strategic nuclear attacks based on events in the Arctic, but concluded that none of them made much military-political sense. Indeed, heightened tensions in the Arctic were sure to reduce the interests of private energy firms in what are already technologically difficult projects. Khramchikhin does, however, add one other player to the Arctic game. China will have both the interests and the forces to play there in the future and has announced it intension to join the game. He concludes that the various scenarios, which he considered, are not likely:

“Thus, although changes in climatic conditions and economic interests of Arctic countries have created the theoretical possibility for the militarization of the Arctic and the outbreak here of various military conflicts in the foreseeable future, the probability that any of the scenarios of conflicts considered here will take place is quite low. At the same time one should note that one of the most important factors in preventing such conflicts in more distant future is the strengthening of Russia’s military potential in all its components in the Arctic and in general” (Aleksandr Khramchikhin, “Voenno-politicheskaia situtsiia v Arktike i stsenarii vozmozhnykh konfliktov,” Regnum Informatsionnoe Agenstvo, 18 May 2011).

While the Ground Forces seemed to be moving forward to create at least one Arctic Brigade at Pechinga, the Russian Airborne forces announced that they would also have a joint role in Arctic defense. General-Lieutenant Vladimir Shamanov, Commander of Airborne Forces reported that the General Staff had recommended to begin work on devising a plan to use airborne forces as part of a joint forces unit composed of naval, ground and airborne forces. He mentioned that the week before the commanders of three naval infantry brigades and three air assault brigades had met at the Airborne School in Riazan to study creating of such a joint Arctic command. Shamanov denied that Russian airborne forces would have an independent role in Arctic operations and said that they would not deploy to the Kuril Islands. Airborne forces were, however, going to create two helicopter regiments, and he was looking at deploying them at Pskov and Ulianovsk (“Desantniki budut zashchat arkticheskii shel’f Rossii,” Tikhookeanskaia vakhta, 28 May 2011).

In early July, as Serdiukov was announcing the creation of Russia’s Arctic brigades, the Russian military press noted Canada’s increased efforts in the north. On July 5, it was announced that the Canadian Armed Forces would be conducting its largest Arctic exercise in many years. Canadian Minister of National Defense Peter MacKay was quoted as stating that “Operation Nanook 2011” would take place throughout August and would involve actions over several stages across the Canadian Arctic, in which air, naval and ground forces would take part, including Canadian rangers and Inuit territorial troops. MacKay started that “the goal of the maneuvers is to expand the presence of Canada in the North. The government of the country has every intention of providing the means to these objectives.” These means have included the development of a major military base on Baffin Island (“Innostrannaia voennaia khronika,” Krasnaia zvezda, 5 July 2011).

On Jul 11 Ogonek drew attention to the Arctic by publishing a cover remembering the Soviet polar expedition of 1938 and then devoting two articles to Arctic defense issues. Oleg Anisimov, head of a section at the State Hydrological Institute and a member of the Inter-governmental group of experts on climate change, dismissed the decision to create Arctic forces as a purely political one disconnected from north political and military realities. No one has any immediate intention of attacking Russia in the North. Discussions about future conflicts over resources would not be answered by the deployment of a brigade of ground forces in the Arctic. “Our military often thinks in terms of scenarios from the last century. They don’t fight like that today: there are UAVs, missiles. And the threats now are different, including first of all terrorism. But terrorism and the Arctic do not compute. There are territorial disputes in the Arctic.” But Anisimov sees this as an issue more affected by climate changes, which are causing major erosion on Arctic islands and coast line, than by conflicting state claims to energy development rights. Arctic development, especially the northern sea route, holds out more promise than investments in troops (Oleg Anisimov, “Kholodnyi raschet,” Ogonek, 11 July 2011).

The second article reviewed the decisions leading up to the creation of the two brigades. Kirill Zhurenkov then asked just what the Russian military would be defending and stressed competition for Arctic resources in a region with poorly defined borders and greater possibilities for maritime trade through the area. He noted the contradiction in the actions of the Security Council concerning Arctic security and the declarations of Ambassador Vasil’ev in the fall of 2010 that Russia had no intention of creating any special forces formations for the Arctic. Consulting various specialists on defense issues, Zhurenkov judged the creation of the brigade to make sense, but wondered whether the necessary resources to sustain the effort would be forthcoming. In addition to the two brigades announced by the Minister of Defense, Russia has also been developing its own “arctic spetsnaz” (Northern Sea Lions), trained not only in rescue techniques but also as observers of deep-water communications with the capacity to thwart those intent on disrupting such communications. He concluded that Russia does have interests in the Arctic to defend and can only protect such interests by military means if other powers are intent upon militarizing the region. The article concludes with an assessment of each Arctic state’s interests and their willingness to abide by a solution to conflicting border claims from the UN (Kirill Zhurenkov, “Beloe dvizhenie,” Ogonek, 11 July 2011).

On July 16, the provincial press from Belgorod published two articles on Arctic developments by foreign authors. The first was a Canadian piece from Toronto’s Globe and Mail on Canada’s summer Arctic exercise, “Operation Nanook 2011,” which Jeremy Torobin described as a show of force. The article quotes Minister of Defense MacKay as saying: “Our goal is to strengthen our role and presence in the North” (Jeremy Torobin, “Glob end mail [Kanada],” Belgorodskia pravda, 16 July 2011). The second article came from the Wall Street Journal by its Moscow correspondent Alan Cullison, and was a recap of Russian news on the decision to create two Arctic brigades. However, while the original title of the piece addressed that topic directly – “Russia to Deploy Troops to Defend Interests in Arctic,” the Belgorod paper changed the title to reflect a larger theme of the Arctic’s place “during a general warming of chilly relations.” It emphasized the conclusion of the article, which addressed the rationale for such military presence in terms of the competition for control of the northern sea route, fishing grounds and energy resources (Alan Cullison, “Arktika: Pri obshchem poteplenii prokhladnei otnosheniia?” Belgorodskaia pravda, 16 July 2011).

The Jamestown Foundation is pleased to host a forthcoming webinar... END_OF_DOCUMENT_TOKEN_TO_BE_REPLACED

Jamestown Foundation Analyst Kseniya Kirillova offered her expert analysis on Putin’s “partial mobilization” announcement to G-Zero. “The Kremlin calls it ‘partial’ so as not to... END_OF_DOCUMENT_TOKEN_TO_BE_REPLACED